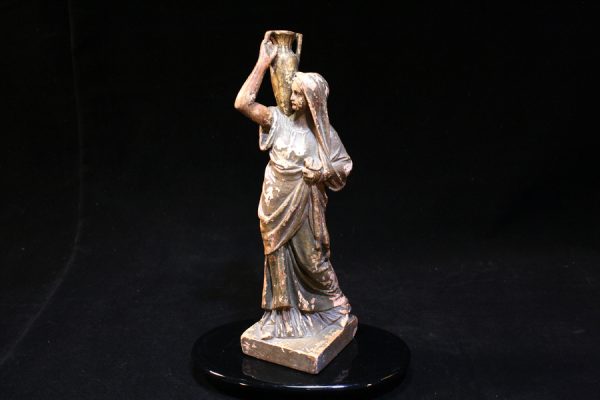 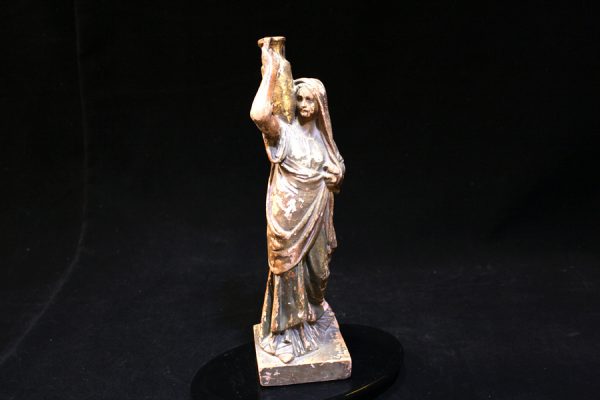 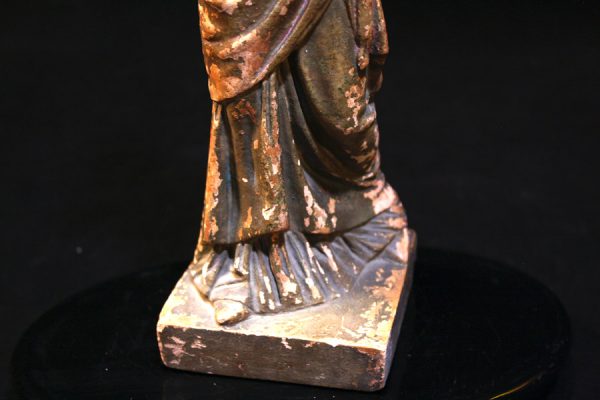 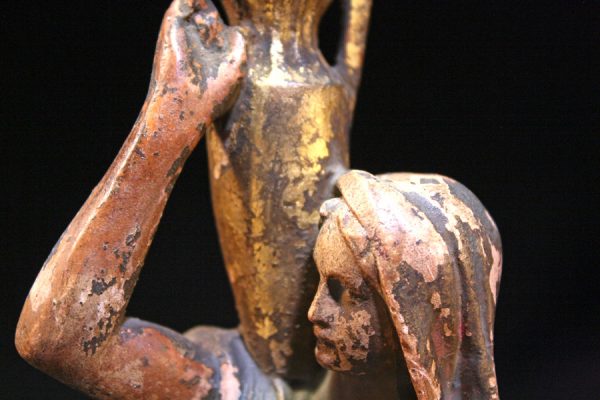 In the 1860s, Greek field peasants unearthed hundreds of clay figurines in ancient graves near the town of Bratsi, in the region of Boeotia, 40+ miles north of Athens.  The more they dug, the more they unearthed beautifully made small terracotta statues.  They seemed to be everywhere and they pointed to statues made during the fourth century B.C.!

Then came the amateur archaeologists offering statues for sale to anyone they met.  Then came the treasure hunters and tomb raiders… and the quest for more of these statues spread to nearby cities and countrysides.  More than 8,000 graves were dug up and more figurines were found.

By the late 1800s, Europeans were on fire with desire to acquire these statuettes that fit the ideals of feminine beauty, grace and fashion.  The Greek government – in the mid-1870s tried to stop the flood into the European antiquities market, but that failed.   It wasn’t until the 1970s that additional excavations were conducted with the proper rigor and care.

The delicacy of the Tanagra figures reveals how skilled the Greeks were in the art of clay modeling.  They created statue from many molds and – before firing – they applied a mixture of clay & water . . .  and baked it.  Water-based pigments were applied to a layer of fresh lime plaster, and then painted in natural soft hues and colors.

Although scholars are still unsure, these figures were created to be used as part of burial practices, eventually ending up as grave/funerary goods.  What a shame such beauty was not enjoyed by others for a longer period of time.

It was likely that this Tanagra was made right around the Hellenistic period of Mediterranean history.  I have not had any testing done to validate this primarily because of the cost of thermoluminescence analysis.

I acquired this figurine from an estate sale.  The prior owner – so I was told – had collected a few over 60 years.  No additional information or provenance was given, which is a shame as I am sure there were records about his collection.

Such a phenomenal find and a rare piece for the Serious Collector of ancient terracottas.  Stand not included.