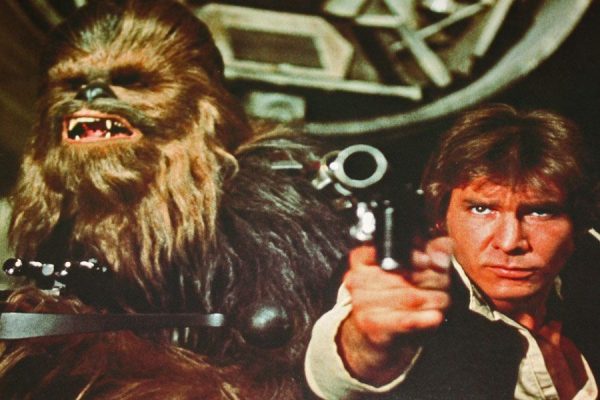 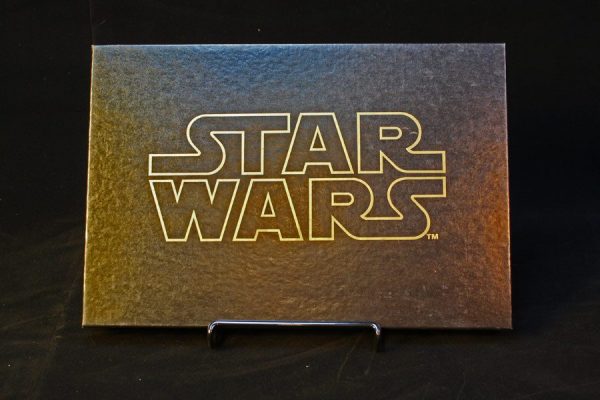 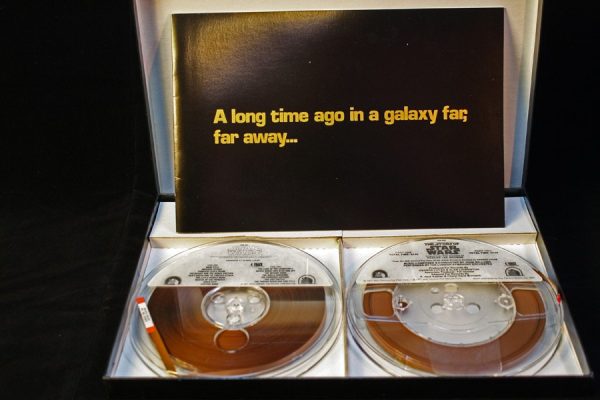 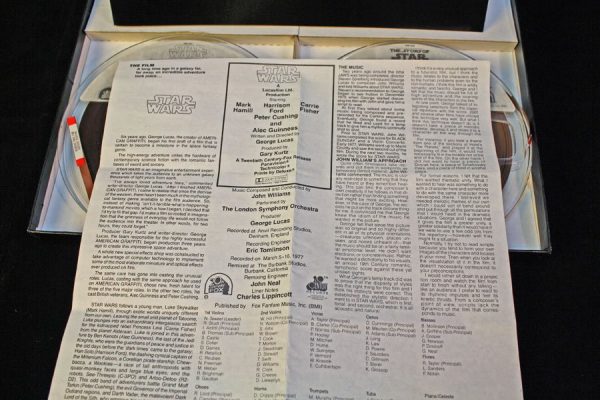 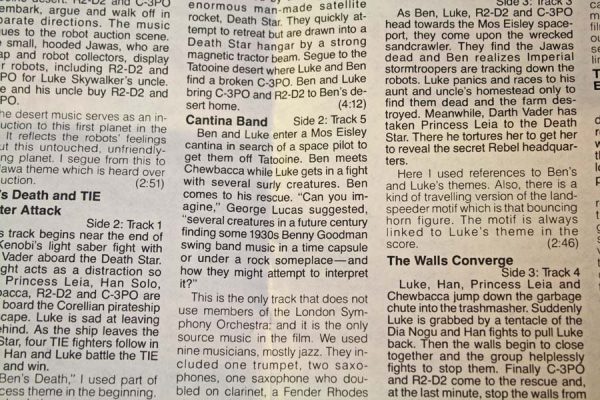 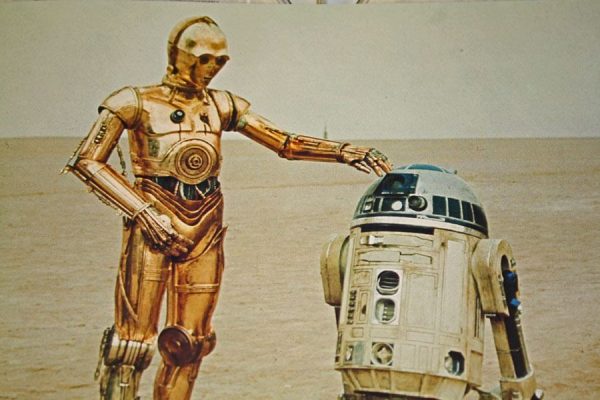 STAR WARS ? ! ? ! on EsotericStuff?   Although I would not think of this set as unusual, it is certainly “esoteric”.  I have had this boxed set since my earlier days in the audio-visual business.  I had a small recording studio to support my efforts and I remember the day I loaded each of the two 7.5” reels on to my professional AMPEX.  I was blown away by the quality and clarity.  Since that one-time listening, I have kept the reels in my film/tape vault and I just found them.

Inside are two compartments with the two reels, a full color 18-page booklet and an insert covering: the story, listing the orchestra by instrument and name, John Williams’s approach to the music, central theme creation, selection of the orchestra and a narrative on each of the 15 musical selections.  Contents are encased in a hard case.  No scuffs, no wear.

Speaking of the Maestro of the Movies, I had the overwhelming pleasure of hearing and seeing John Williams conduct our own Oregon Symphony Orchestra on April 28, 2014.  His body of work has spanned five decades . . .  and too numerous to list here.  It was a thrilling event full of standing ovations and thunderous applause.  My personal feeling is that most of his works did not need a movie in the forefront.  I have heard most all notable composers in my 50 years of loving classical music and I would say he ranks near of the top in composition style and delivery.  Bravo for him!!  He is working on the NEXT Star Wars now.

The recordings on these two reels were done on March 5-16, 1977 at Anvil Recording Studios in Denham England.  Remixing was done at The Burbank Studios in California.

What a treasure!  For the Serious Audiophile!

This item has sold!