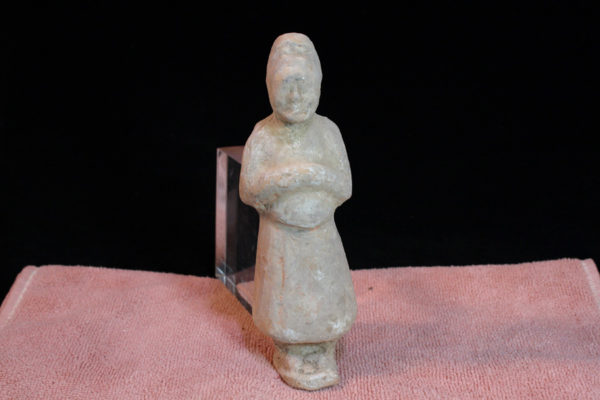 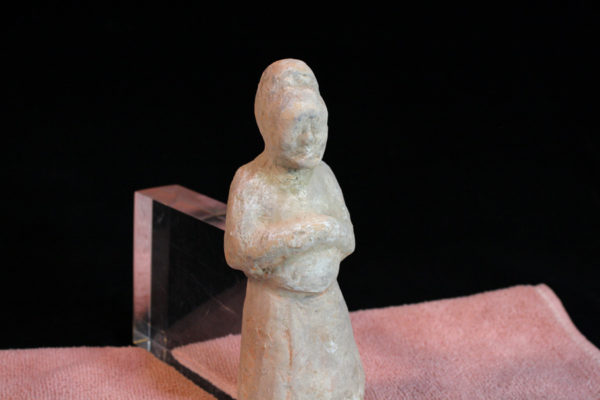 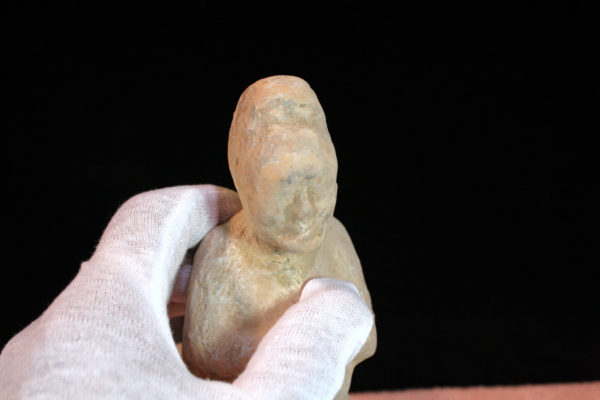 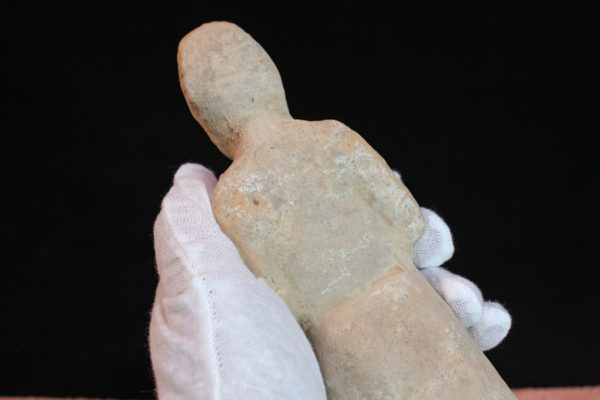 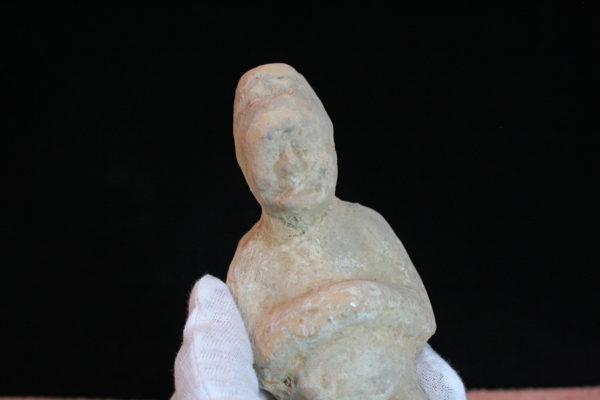 Uncovered over a century ago by an anthropologist who – in turn – passed it on to his family . . .  ending up in a collector’s hands in Connecticut USA.

Such figures would be buried with high-ranking people.  As with the Egyptians, it was believed that such a character would help in the transition into the afterlife . . . as well as keep the deceased safeguarded.

An excellent specimen, safeguarded in a display box with plexi viewing.  Check out the detail  . . . knowing that this level of detail is very rare.