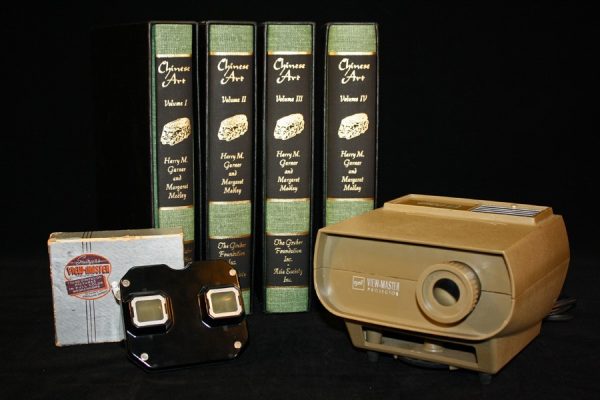 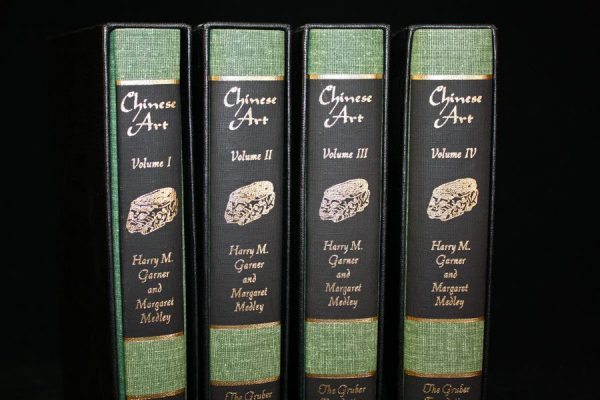 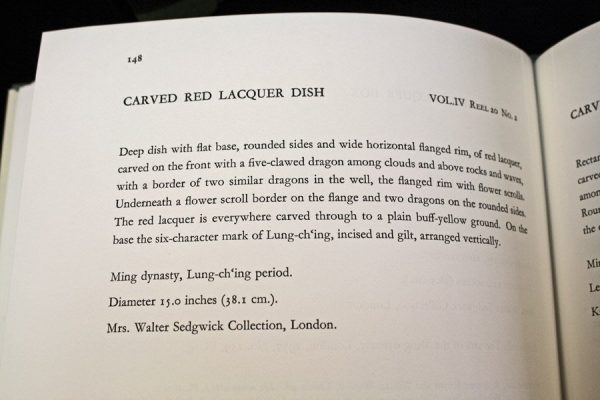 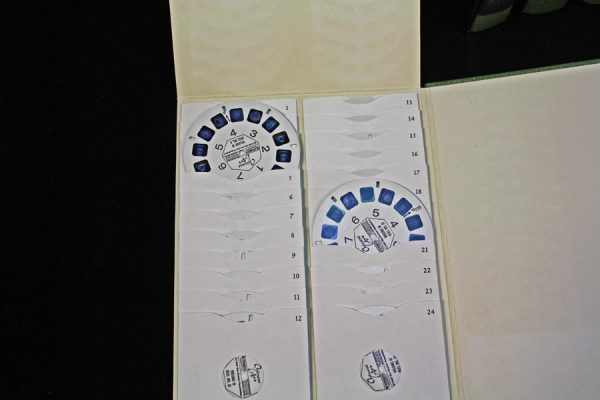 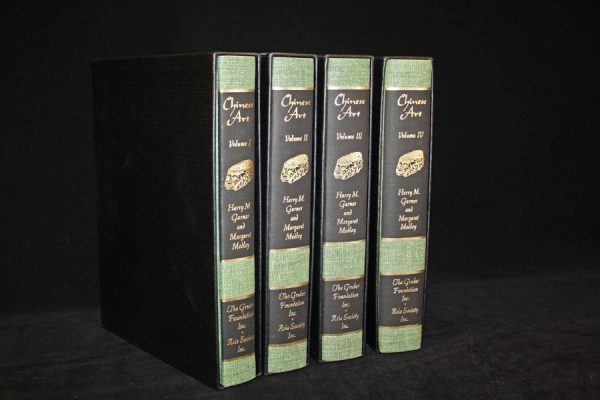 This set was scheduled for a limited edition printing of 1000 copies by The Gruber Foundation, 1969. However, since William B. Gruber – who financed this project – died before it was completed, only 300 sets were published.  So, this is one of those 300 editions.

Volume 2:  Circa 206 BC – 906 AD.  Ceramics, bronzes, stone, gold/silver, jades, glass, lacquer and wood/shell/textiles from the Han Dynasty, Three Kingdoms, The Six Dynasties (South and North), and both the Sui and Tang Dynasties.

Volume 3:  Circa 907 AD – 1368 AD.  Ceramics, Metalwork, Jade, Lacquer, Textiles from the Five Dynasties, Northern/Southern Sung, and Yuan Dynasty.  This was an interesting time as the Chin Dynasty fell to the Mongol invasion in 1234.

Each volume contains an excellent introduction and a thorough bibliography.

In 1939, the View-Master stereoscopic format was introduced at the New York Worlds Fair.  William Gruber joined the Gruber/Sawyer organization in 1942 and – along with Rupert Leach – photographed all the 1200+ items in this set of 180  reels.

Sir Harry Garner – a British aerodynamicist and expert on (and collector of) oriental ceramics – and Margaret Medley authored this set.

I will include a used projector, a Sawyer stereo viewfinder and a LIGHTED Stereo Viewer (with instructions, original box)

For the Serious Collector.  A MUST-HAVE for Chinese art collectors.