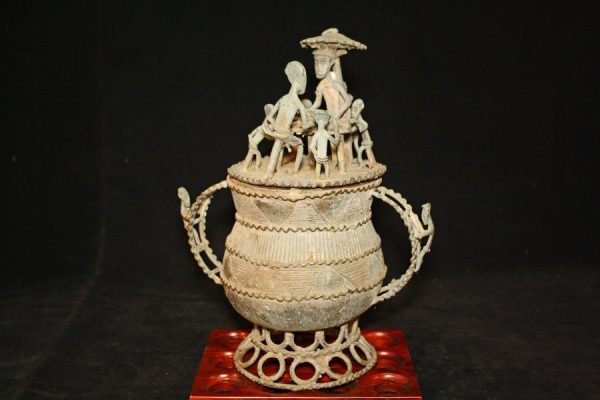 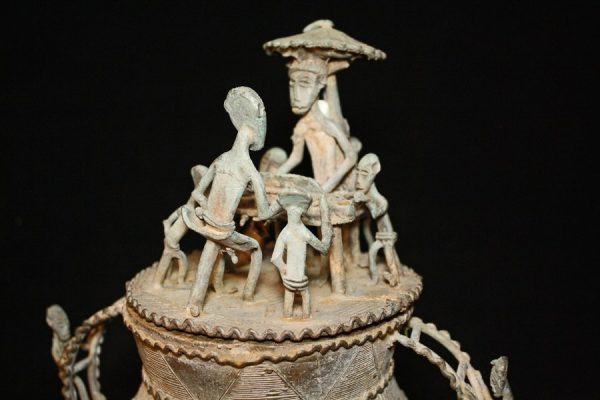 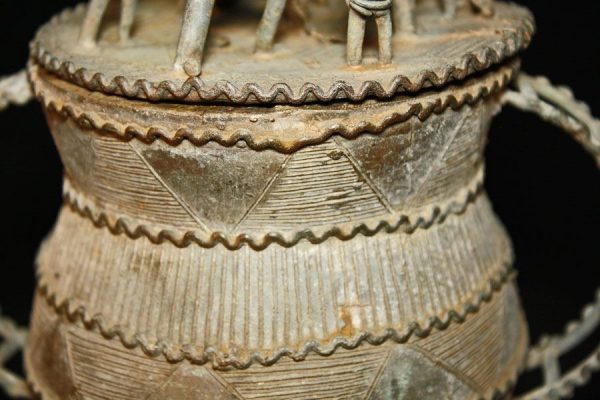 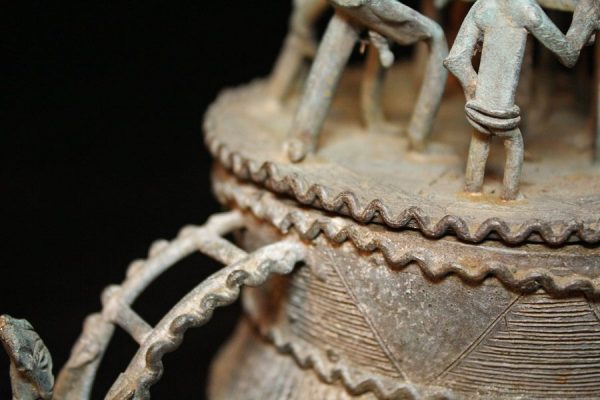 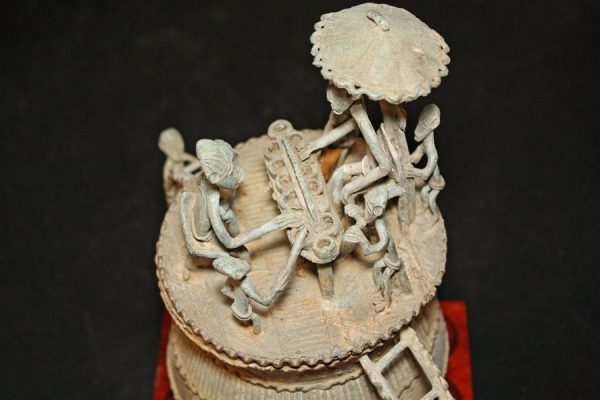 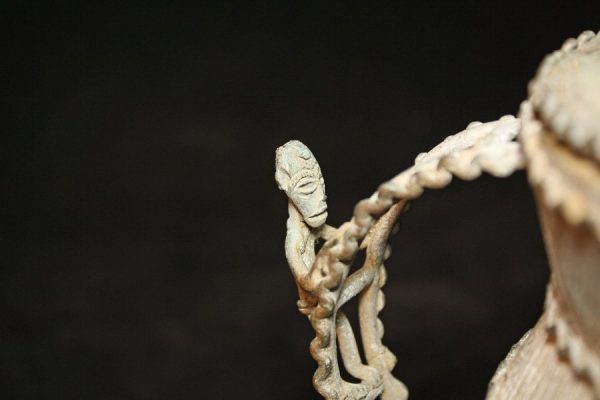 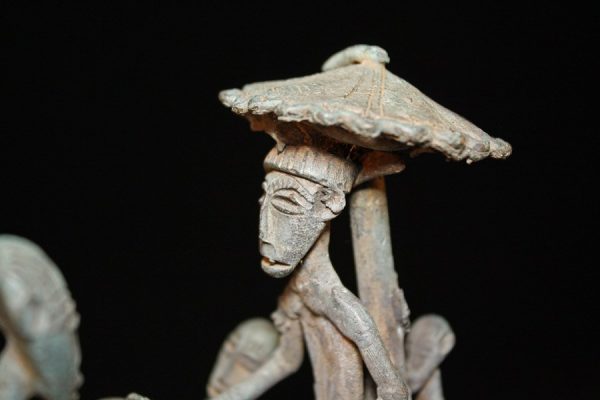 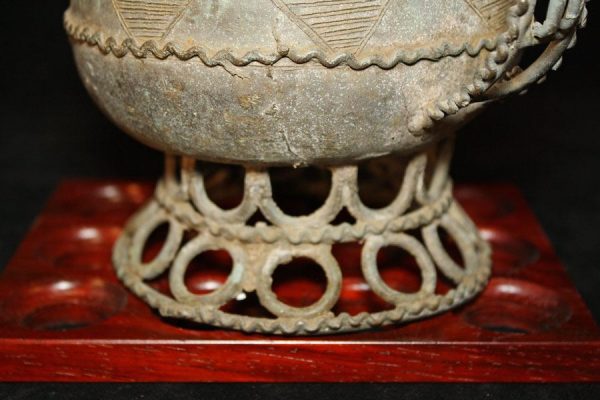 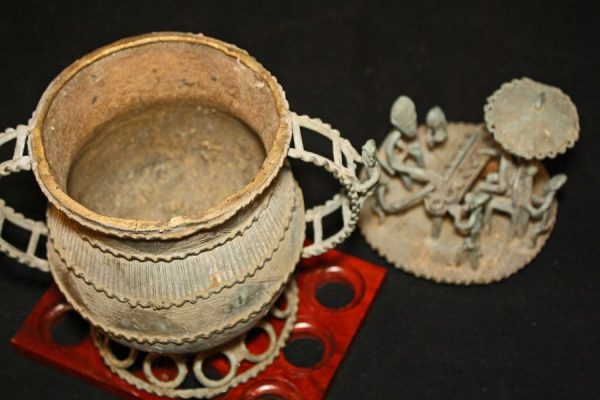 The Asanti  or Ashanti live in central Ghana in the rainforests of West Africa approximately 150 miles away from the coast. The Ashanti are a major ethnic group of the Akans (Ashanti and Fanti) in Ghana, formerly known as the Gold Coast.

Ornate, cast brass/bronze vessels/pots (Kuduo) were the possessions of kings and courtiers in the Akan kingdoms. Gold dust and nuggets were kept in the Kuduo, as were other items of personal value and significance. As receptacles, they were their owners’ kra, or life force.  Such receptacles were featured in ceremonies designed to honor and protect that individual who owned them. At the time of death, a person’s Kuduo was filled with gold and other offerings and included in an assembly of items left at the burial site.

The elaborate form and complex iconography of this Kuduo reveal the broad range of aesthetic traditions from which the Akan peoples have drawn to create their courtly arts. Goods from Europe and North Africa, received in exchange for Akan gold, textiles, and slaves, included vessels that may have partly inspired the design of this and other Kuduos. The gathering of people and umbrella on the lid,  and the repeating bands of geometric patterns incised into the surface and the flaring foot are all signs of a Kuduo that was created for a royal or prominent person.

The British Museum has a similar Kuduo within the same period of time.

For the Serious Collector.  This is a rare authentic artifact!   Stand not included.