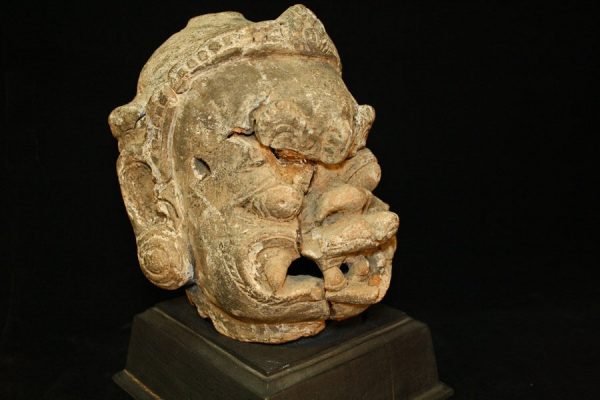 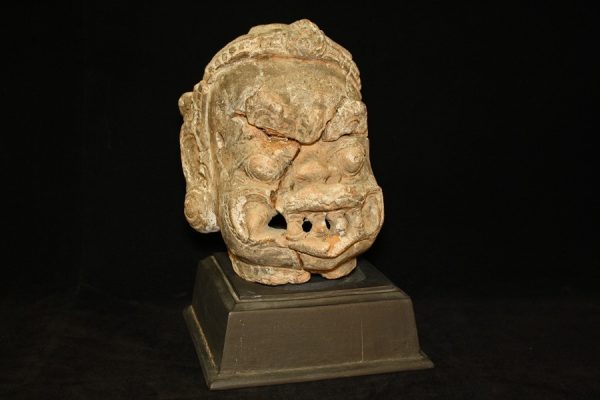 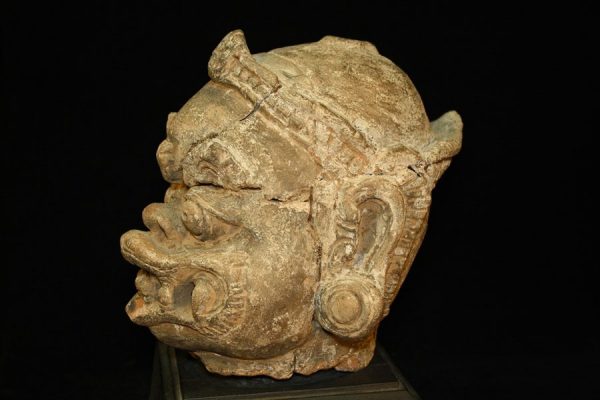 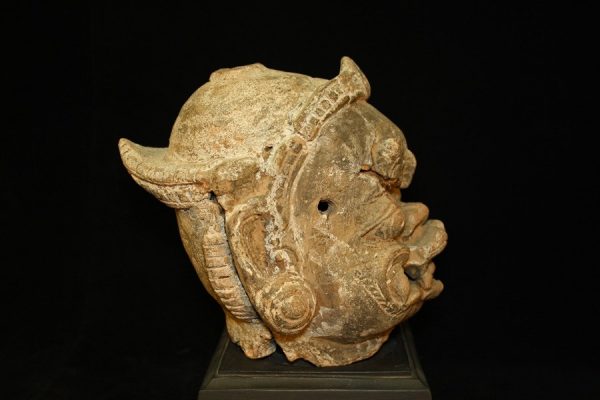 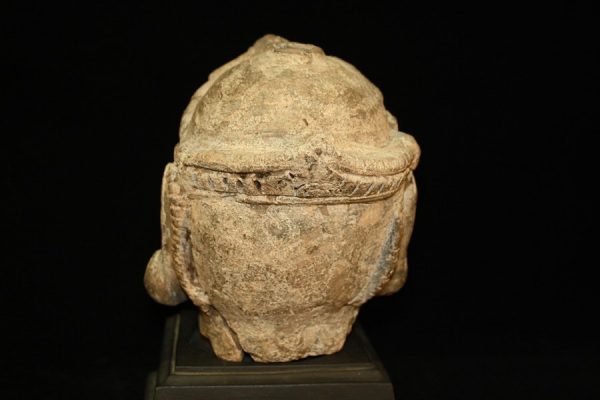 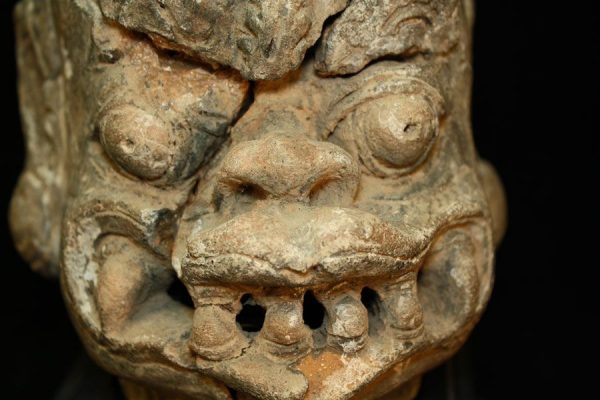 This head came from a private New York collector who acquired it from a Dutch Indonesian government official prior to World War II.  It was unearthed near Trowulan, once the capital of the Majapahit civilization in East Java, Indonesia.  It was unearthed in several pieces and then assembled to form this head of Anoman or Hanuman, a esotericstuff.com character in the Hindu Ramayana epic.

Has been in my private collections since the late 1990s.

For the Very Serious Collector.