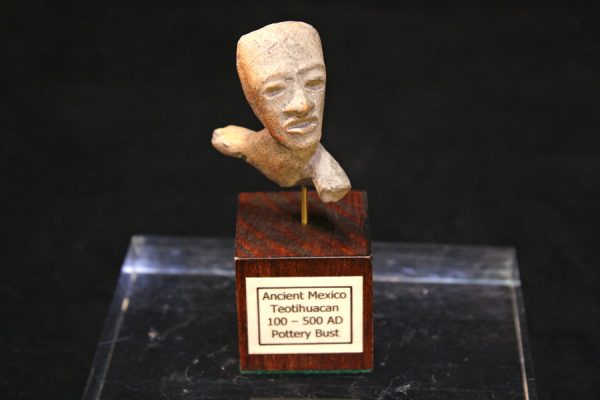 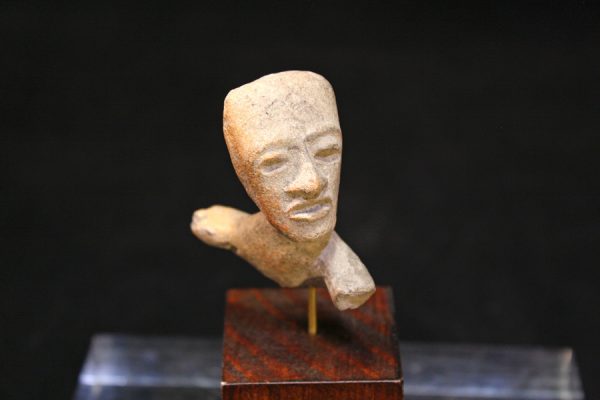 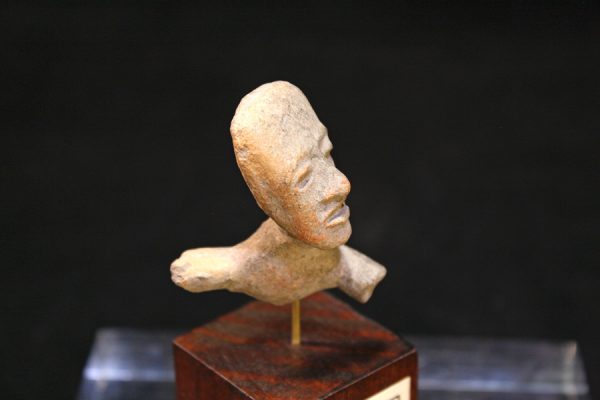 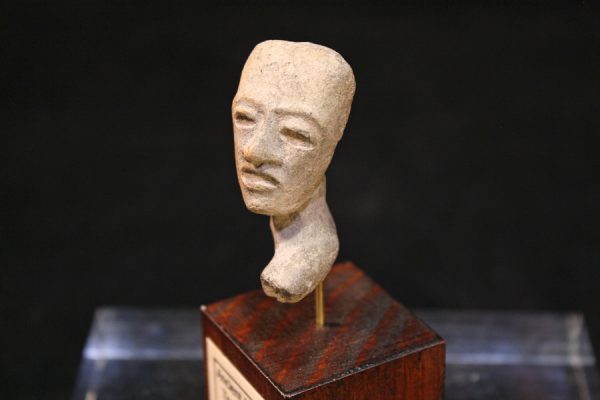 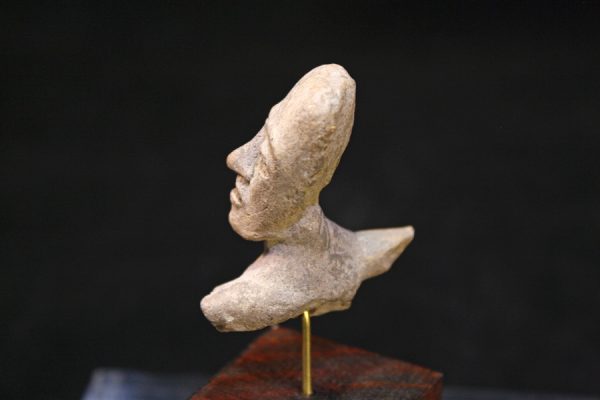 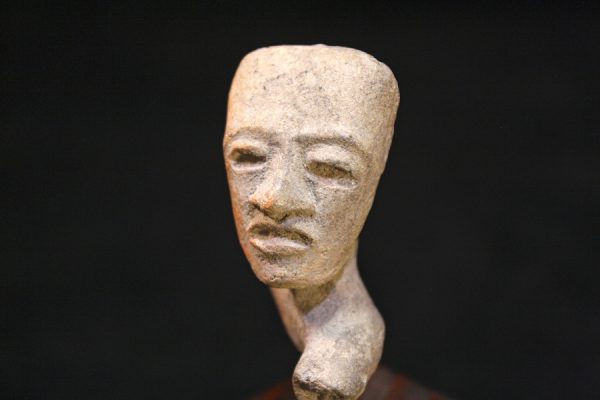 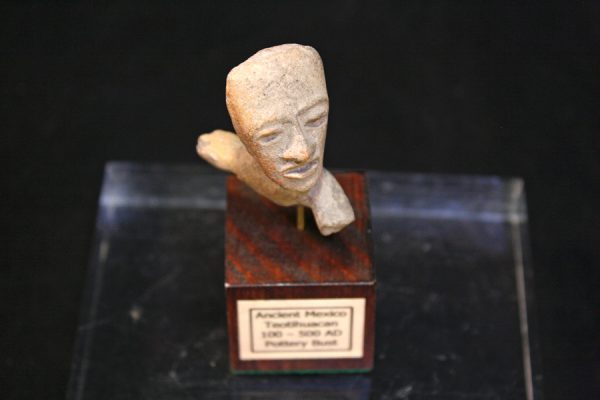 Teotihuacan is an ancient Mesoamerican city located 30 miles northeast of Mexico City. The city – which was designated a UNESCO World Heritage Site in 1987 – was settled in early 400 B.C. and evolved into a powerful and influential city by 400 A.D.  However, when the Aztecs found and named the city in the 1400s, the original city had been abandoned for centuries.

The Teotihuacan culture was responsible for constructing one of the greatest pyramid complexes on earth . . .  the Pyramid of the Sun, Moon and Temple of the Feathered Serpent (Quetzalcoatl). The culture is also renowned for their incredible artistic abilities . . .  including jade masks and clay figures.

Carved masks and clay pieces have rarely been found in documented, scientific excavations. When they are found – as in 2012 after tunneling beneath the Pyramid of the Sun – such items are more intact and thought to be caches of ceremonial and ritual items, not particularly funerary ware.

This extraordinary clay bust / fragment is of an ancient Teotihuacan acrobatic figure with its motion posture and pose seen even in this fragment. A true ancient artist master created this piece. Usually only the heads are found of these clay figures but this piece is quite a bit more intact.

From a private collection in Nokomis / Hollywood Florida.  Acquired through a broker in Winnipeg Manitoba Canada.

A very rare addition to add to your Serious Collector status.