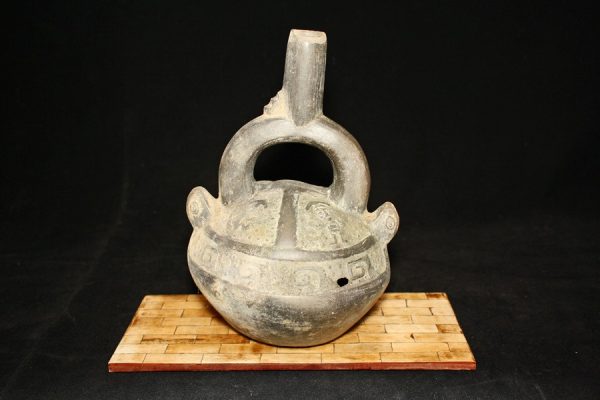 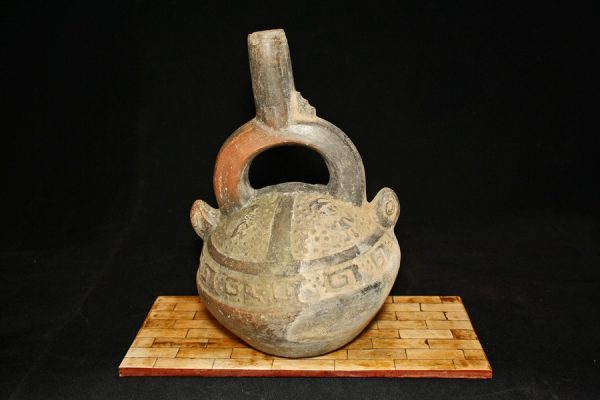 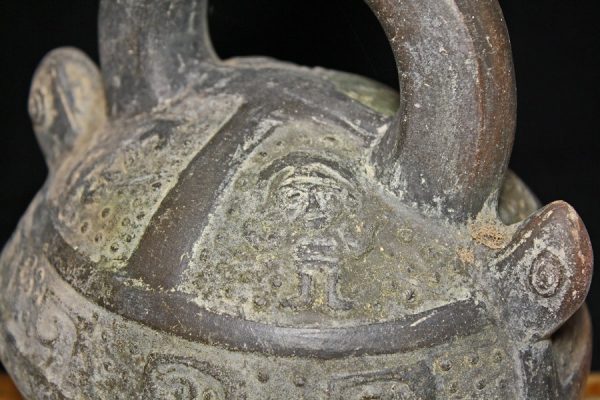 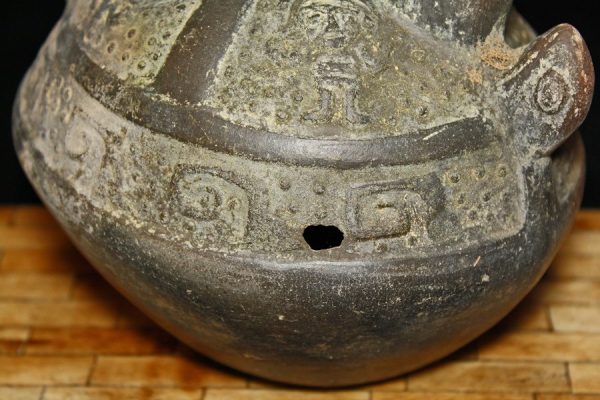 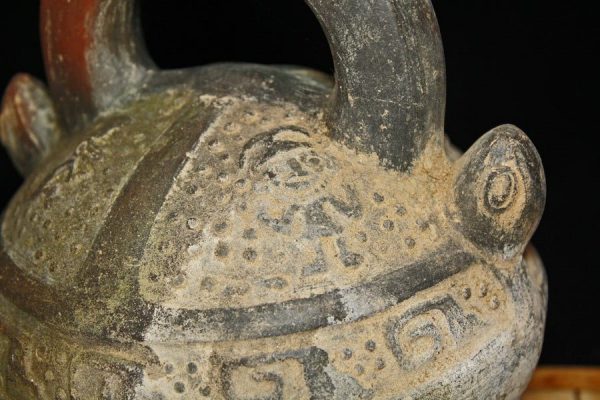 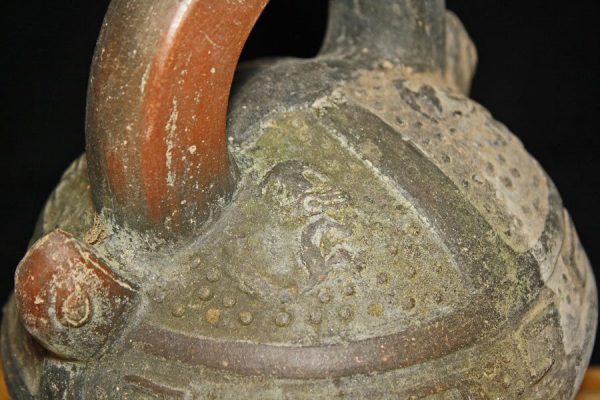 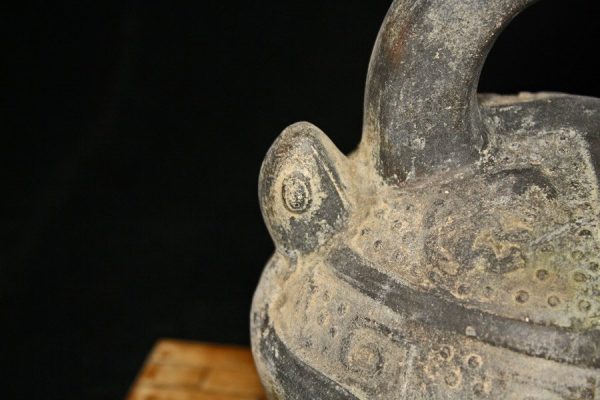 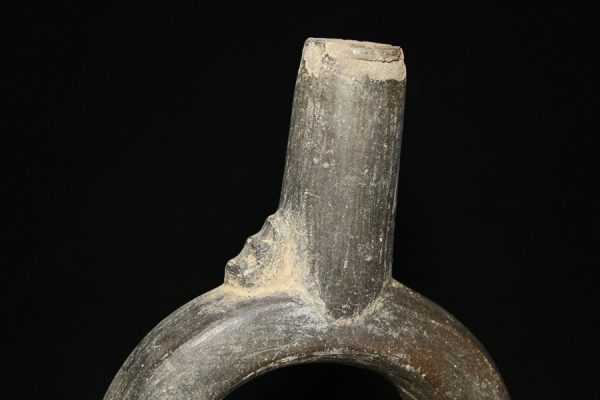 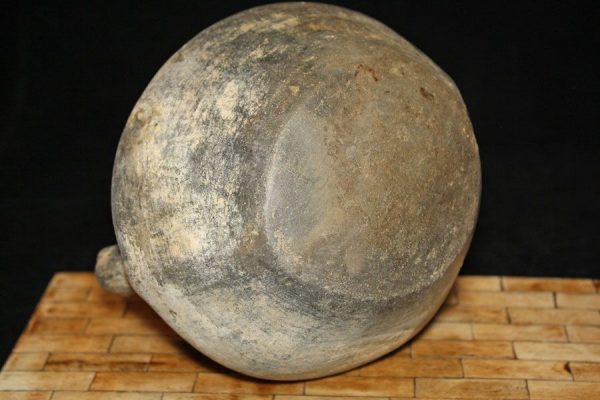 The Chimu Kingdom culture – a large adobe city in the Moche Valley near the present day city of Trujillo – began their rise in 900 AD.  They were masters in crafting black pottery in various shapes and forms.

I started being interested in their rather obscure culture in 2010, when the surrounding civilizations – Moche and Inca – overshadowed their presence.

But in 2011 they entered the spotlight when a group of archaeologists found the first mass burial site – and then a second – containing 269 children near Huanchaquito.  It happen 500 years ago and just a few decades after the Inca vanquished them.

From what is known, it appears the Chimu experienced a few severe El Nino seasons that shook the political and economic stability of the kingdom.  It is theorized that priests and leaders may have ordered the mass sacrifice in a desperate attempt to persuade the gods to stop the rain and general chaos.

This stirrup vessel is from 1000 – 1300 AD.  Molded designs throughout including depictions of warriors.  Two lizard heads on eight side of the spout and a band of glyphs encircle the entire vessel.  There is a small “probing” hole on the side and a couple of chips on the spout.  Stand not included.

Acquired from a Boston Collection.  For the Serious Collector.