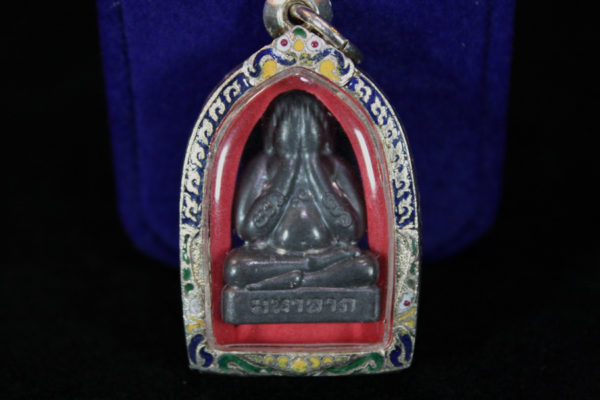 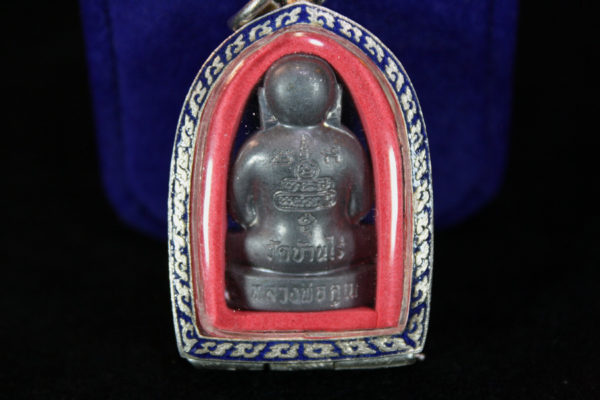 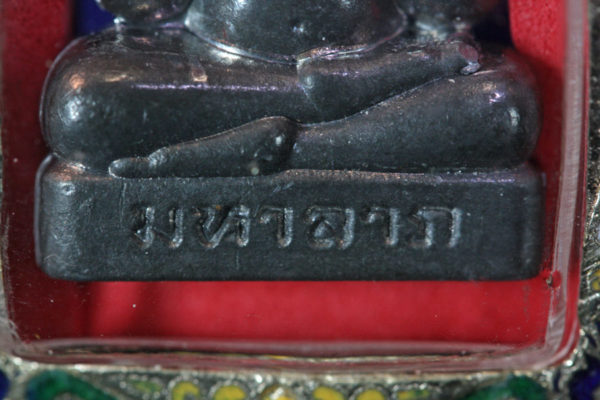 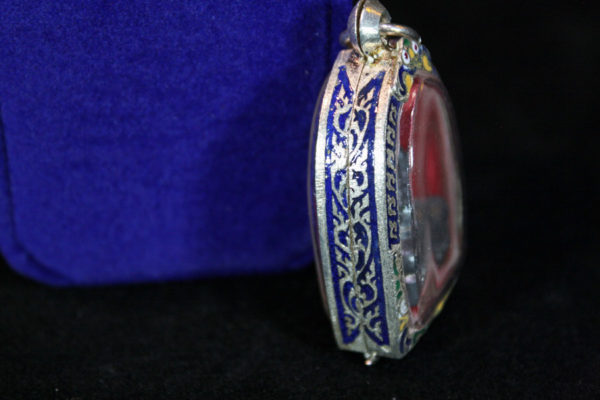 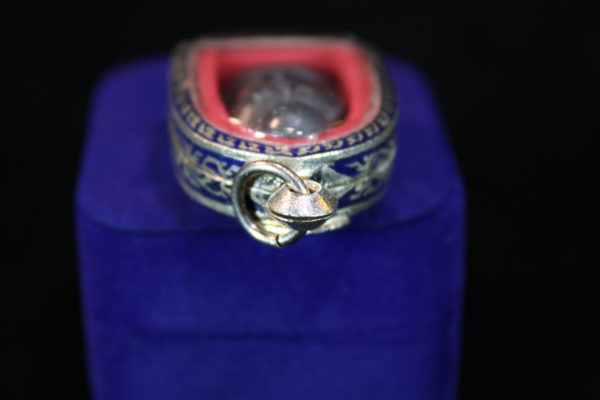 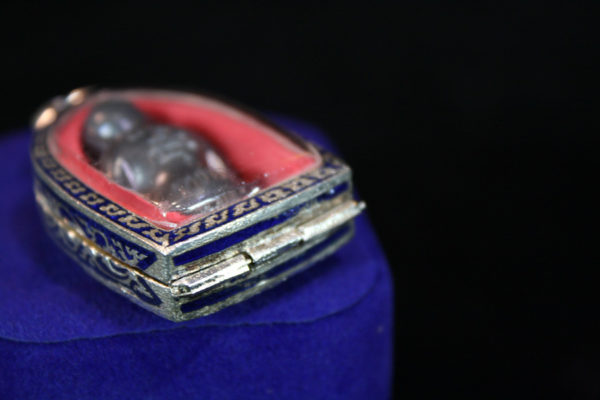 Amulets are made in very limited batches and commonly commemorate the passing of a highly venerated monk.  Amulets produced by monks at temples are consecrated which entails the mixing various materials that is in turn pressed by hand into custom wooden moulds.  All through the process there are chanting and prayers.

Amulets are powerful.  And, they bring protection, peace and happiness to those who wear them.  People worldwide wear Thai amulets and they are made to encapsulate the power and spirit of many famous Buddhist Monks.

He spent years in Laos and Cambodia and returned to Thailand to re-build the Wat Banrai temple.  After an aggressive fund raising effort, the temple was built and he continued to build a number of schools, temples and hospitals in Nakorn Ratchasima.  And so he lived to serve.

As with any hero, his amulets are very valuable (and quite expensive) because of their power. Globally, these amulets are selling for $250 – $300 USD.

BTW.  B.E. stands for Buddhist Era.  The numbering started one year after the Lord Buddha was extinguished to Nirvana.

These “apprentices of Buddha”, aka Phra Pidta, accumulated plenty of blessings and virtues in their lives and amulets – such as this one –  are very, very powerful to the Thai people.