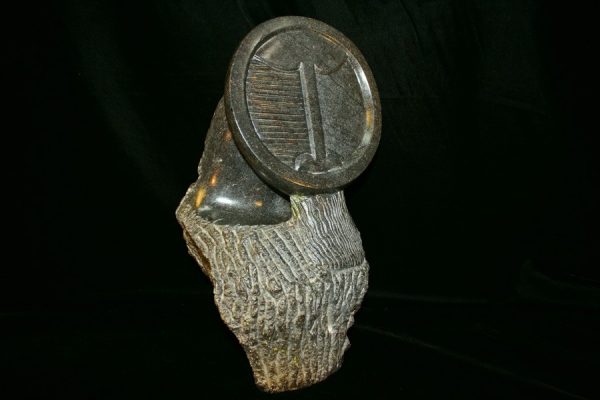 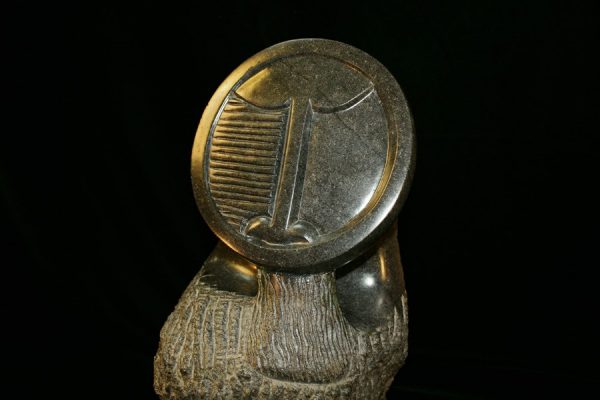 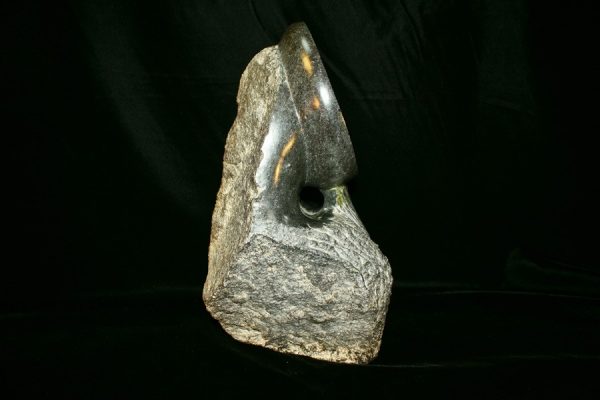 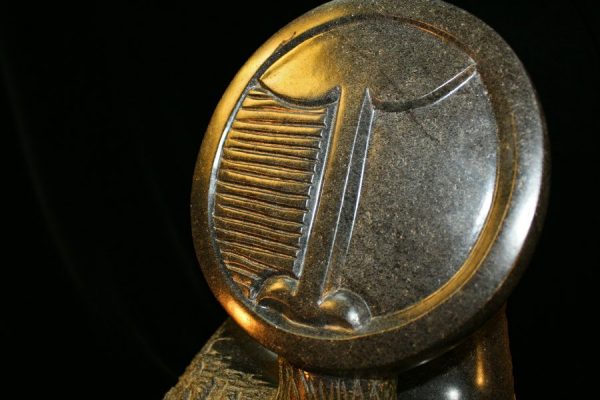 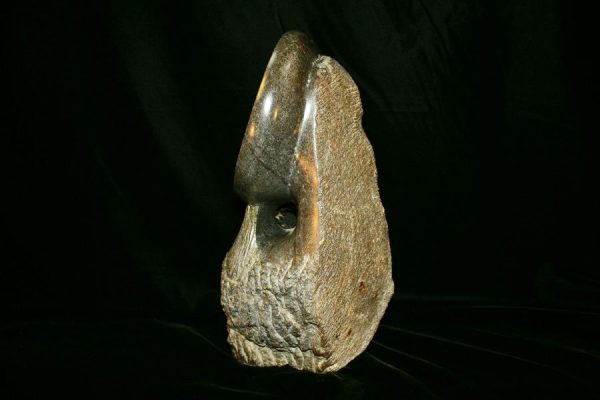 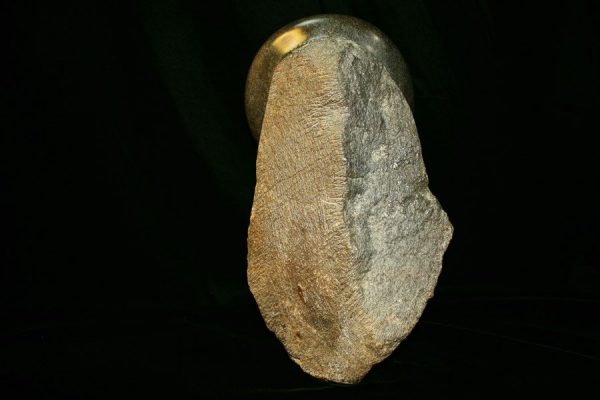 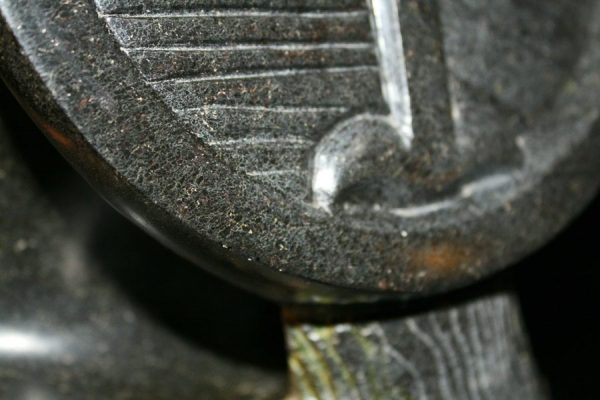 Shona’s fresh and unique style began to generate excitement in the art world in the 1960’s.  A number of traveling exhibitions followed – supported by Modern Museum of Art – and exhibits worldwide resulted.  Since Zimbabwe’s independence in 1980, Shona stone sculptures have resurfaced and many of the older and larger pieces have landed in museums and private homes.  But a few first and second generation art has emerged and sought after internationally.  Peter Mandala is one of those artists.

Peter Mandala (b. 1951) developed a distinctive style depicting a vast range of human expressions.  He works primarily in Serpentine or Verdite (related to Serpentine).

This work is titled:  Grandfather Spirit.  The piece illustrates the starkness of rough and highly polished stone.  Striking!  It is considered “medium sized”, weighing in at  36 pounds.

Mr. Mandala’s work is exhibited in numerous galleries in Africa, Europe and the United States.  His sculptures can be found in homes and in public places.   He is a second generation sculptor and still creates in Zimbabwe.  Most of his pieces are tied to the spirits of the land and animals from his mountain tribal beliefs.

UPDATE:  We just learned from our friends in South Africa that this talented artist has recently passed away.

This one-of-a-kind sculpture has been sold.  Thank you K.J.  Check out another Shona piece by an equally well known artist from the same era… ERPIOS  (S-2009)