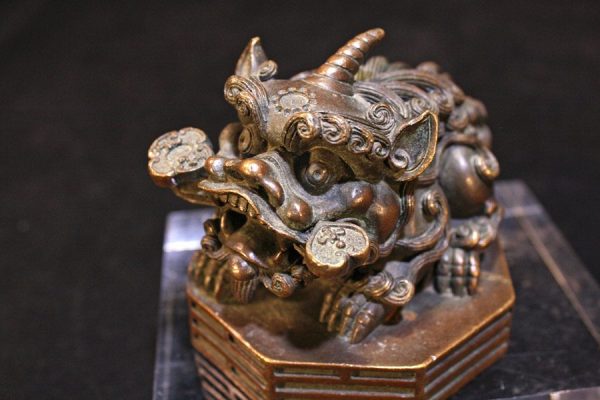 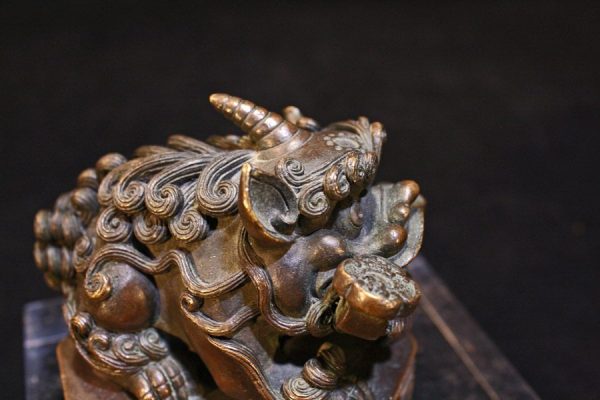 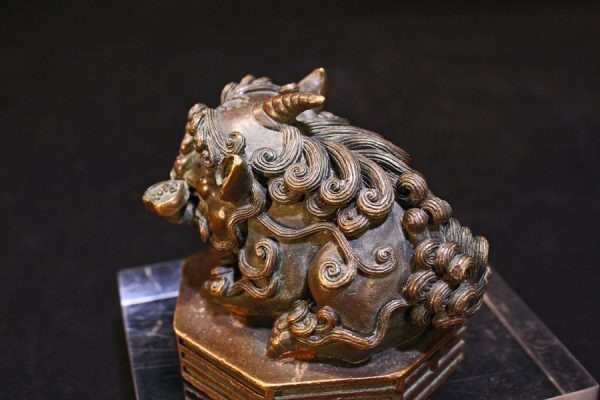 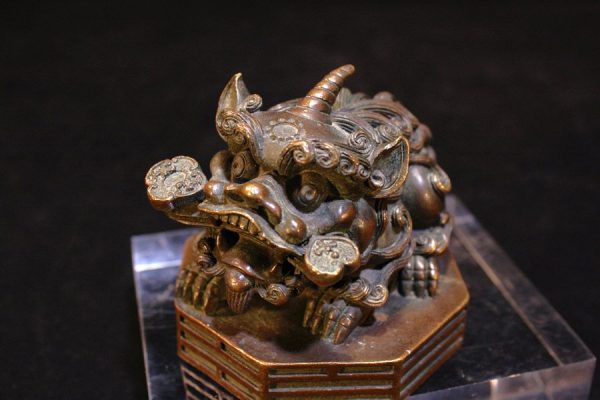 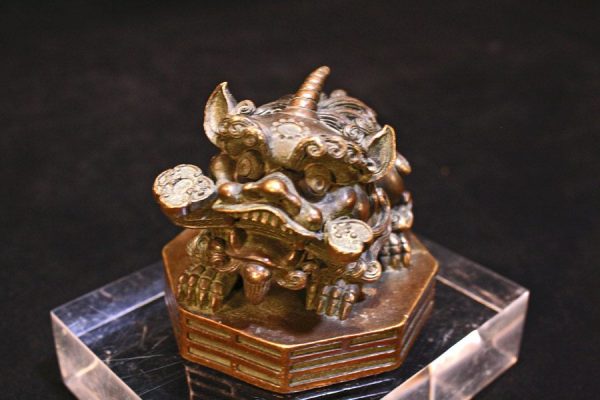 Chinese mythology is full of fantastic supernatural and mythical creatures. While Westerners are most familiar with dragons and the phoenix, throughout Asia there are numerous less-known mythological beings.

So to start with, this is not a Kirin, Qilin, Tiam Lu, Pixiu, Zheng, or a number of other hybrid figures that have some, but not all the traits of this creature.

A Sin-you – known best for its single horn, claw feet and no wings – also has its hybrid renditions.  Sometimes hooves come into the mix making it more of a Qilin, but with the feline paws and intense eyes . . .  this character is a Sin-you.

The Sin-you is highly symbolic of justice and is believed to have the power to know if a person is lying or know if they are guilty with just a glance. Handy to have in a judicial court environment because – if it catches you lying – it will leap forward and impale the perjurer through the heart with its horn.  So much for needing jurors.

Want more uniqueness?  This Sin-you carries in its mouth a Ruyi Scepter, a symbol of authority.   I have heard and seen photos of creatures with a Ruyi Scepter surrounding it but never in the mouth.

Bottom line, this would make a stunning gift and paperweight!

Truly another one-of-a-kind and just for the Serious Collector . . .  of gift giver.  Stand is not included