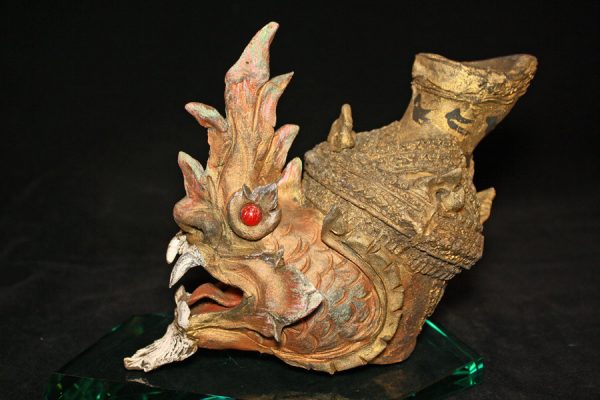 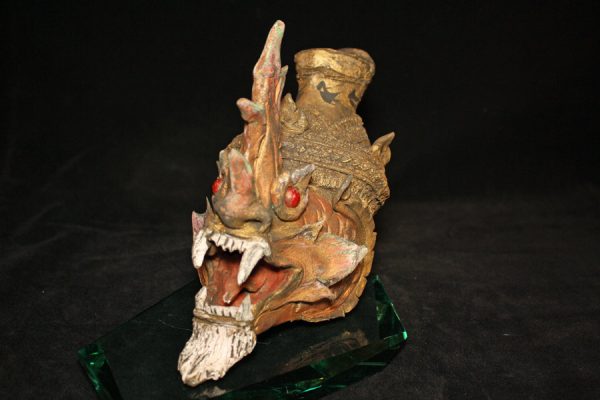 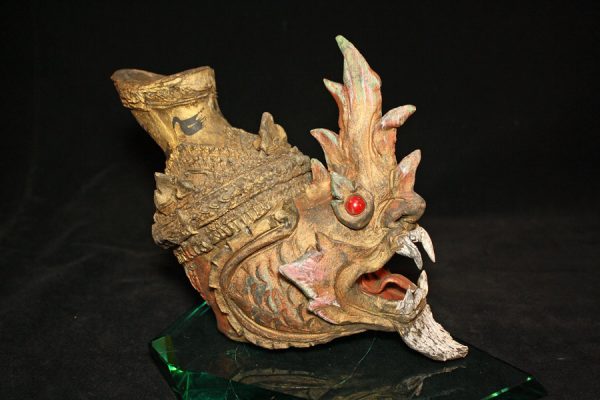 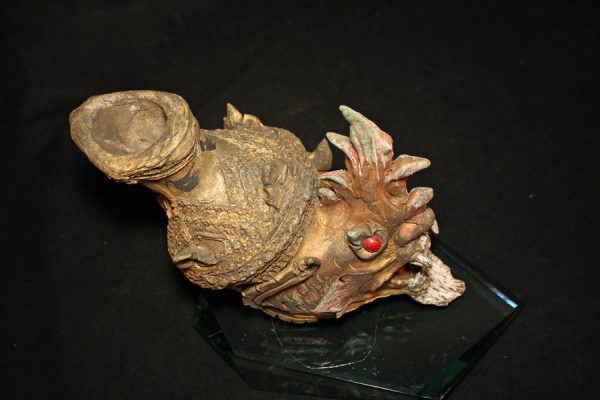 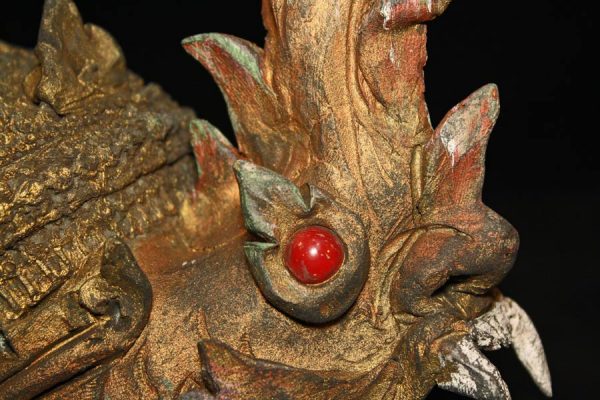 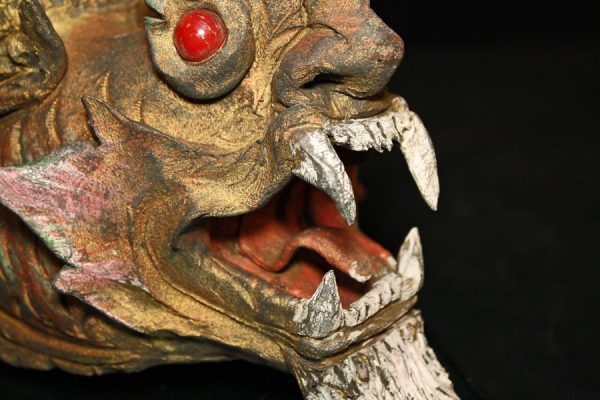 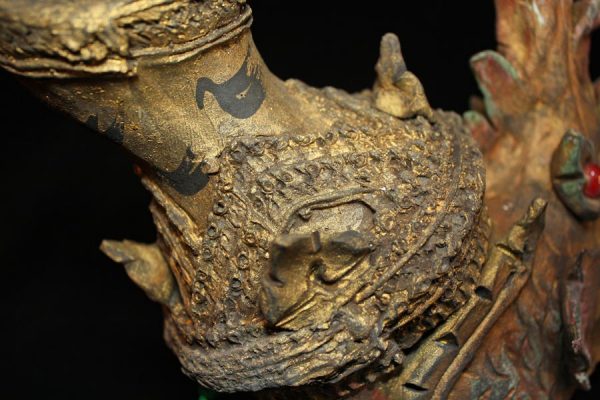 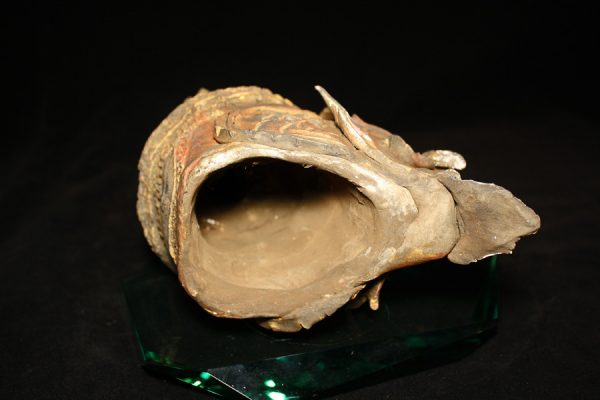 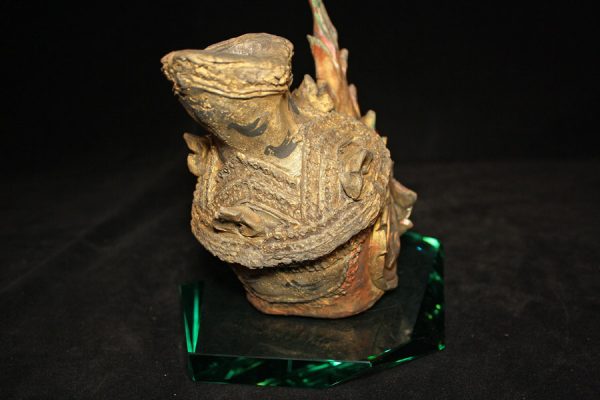 The Lersi hermit tradition reaches back to before Buddha when holy men visited baby Buddha.  They were elderly, with long hair and beards . .  and wearing tiger skins.  They are most often depicted carrying malas with huge beads and with walking sticks embellished with a range of mythological and fantastic animals.  Mythological beasts such as a naga, a fierce snake-like creature, well known throughout Thailand.

Hermits – or sagas – have been around since that time.  Each are associate with some power (e.g. warding off evil spirits) or special attribute (e.g. happiness, longevity, wealth, etc.).

Yantras – sacred designs tap into these powers and attributes – can be found in shirts and tattoes (known as Sak Yant in Thailand).

To repeat, hermits or sagas have certain powers and attributes.  One of a most venerable monks/ sages of the 20th Century is Lersi Tafai Akhadamo (1924 to 2005)… aka Wat Barn Kokhai-Bua.

This piece is directly associated with him.

Made of hollow clay this mask / statue features gilt pigment, glass eyes, and painted yant marks . . .  and, as I said, had a direct relationship (or ownership) with Lersi Tafai Akhadamo.  You just cannot get any more venerable than that!

I am not exactly sure when this piece left Ayutthaya but it was in storage for at least 65 years (I was told by my agent) before it ended in a tribal antique shop in Sydney Australia in 2012.

A highly sacred piece for a very Serious Collector.  A rare one-of-a-kind find!   Stand not included.