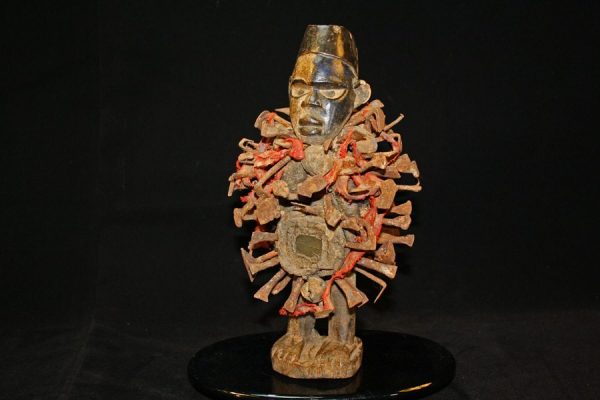 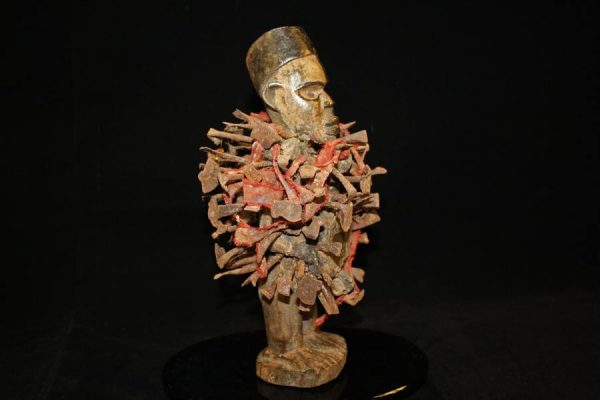 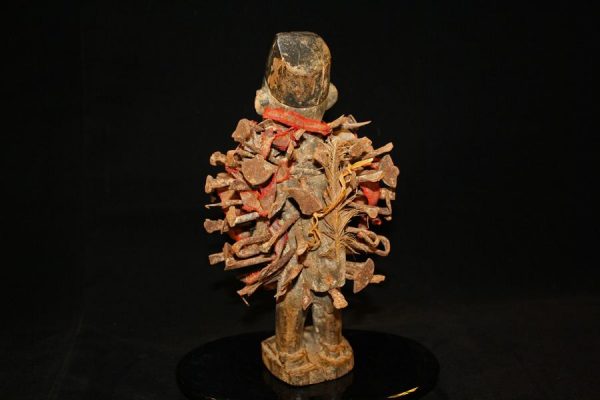 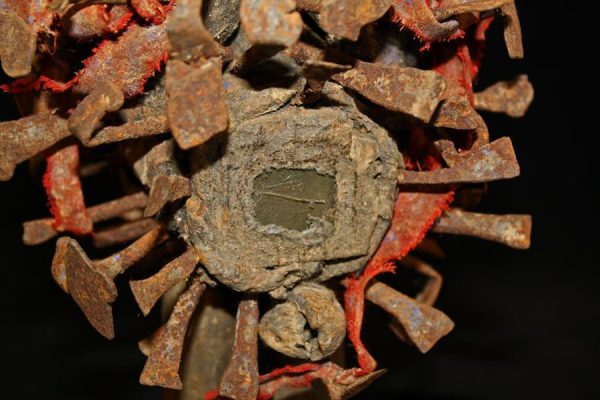 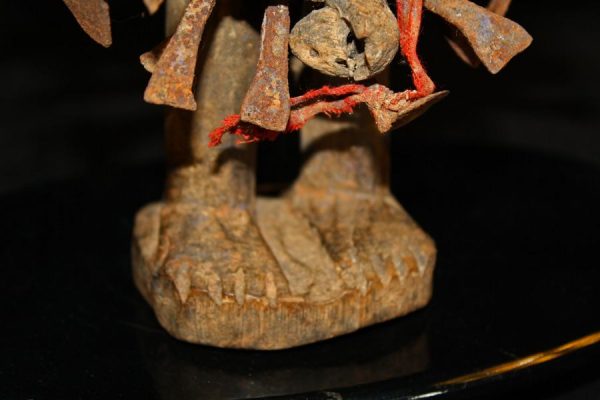 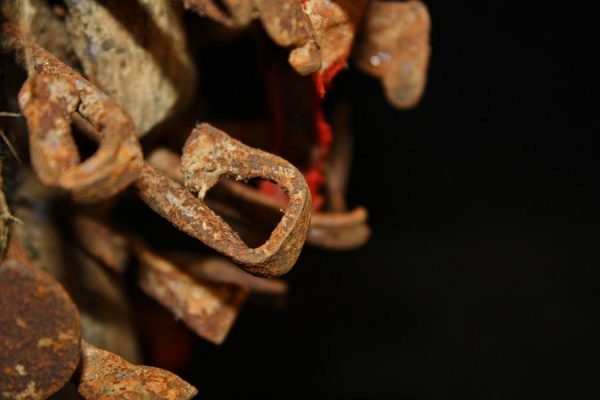 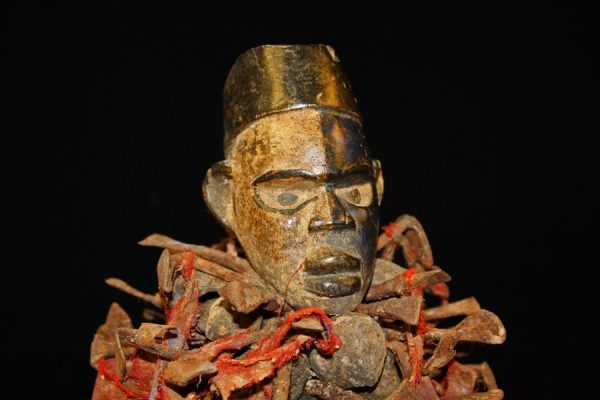 The Bakongo people of Africa practice a religion that blends African shamanic beliefs with other black magic practices known as Palo Mayombe.  It is believed that this practice is the most powerful and feared.  Such beliefs traveled – through slavery – to the Americas, especially the Caribbean and into South America.

This particular nkisi nkondi is similar to the style of the late 19th century.  Large eyes, broad nose and full lips.

The power that these figures have is derived from medicinal substances put in cavities cut into the stomach area.  As you can see this statue has either glass or mica in this area.  Such medicines attract the spirit power and – in turn – the power is used on behalf of the owner or client of the figure.  The power can be either negative or positive.

For the Serious Collector.  Stand not included.