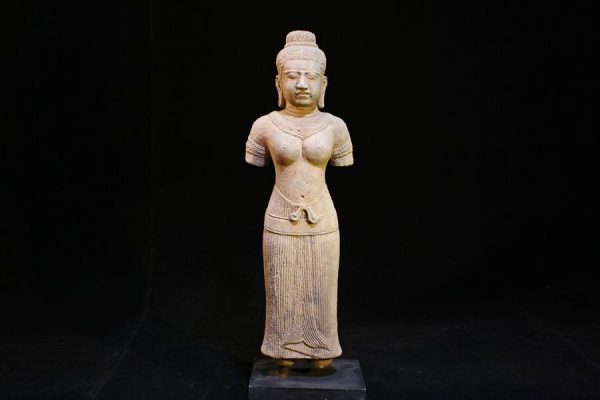 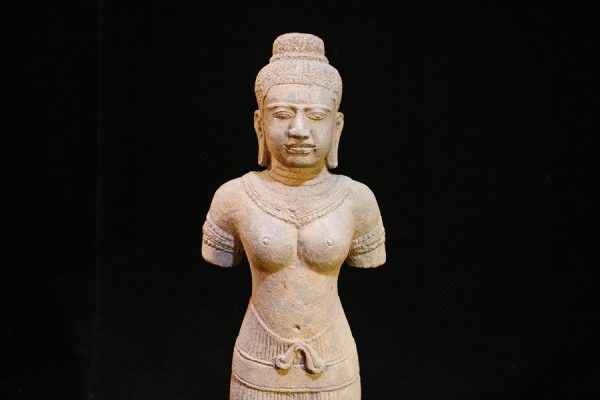 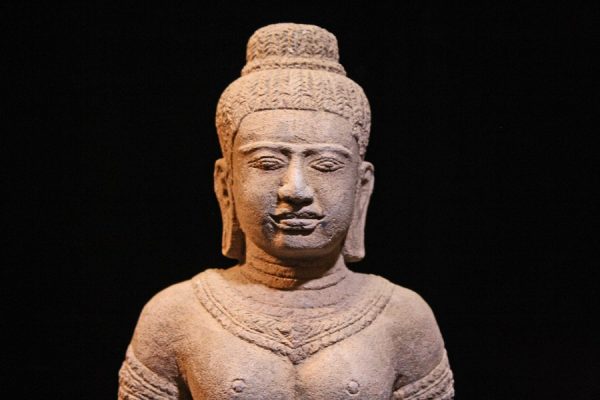 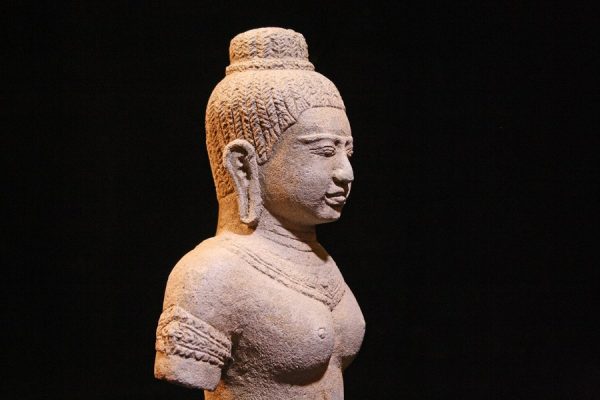 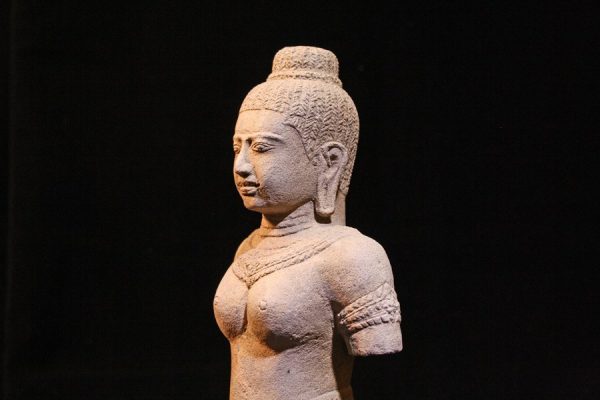 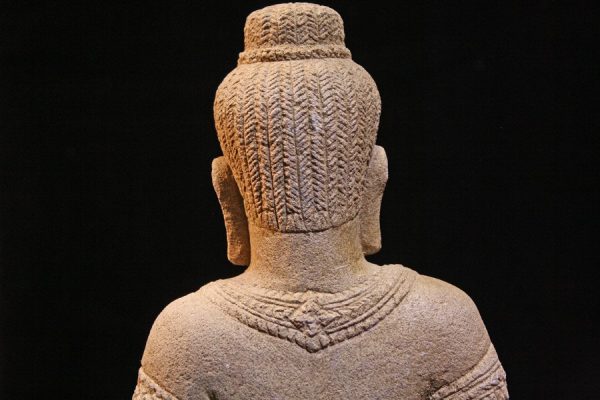 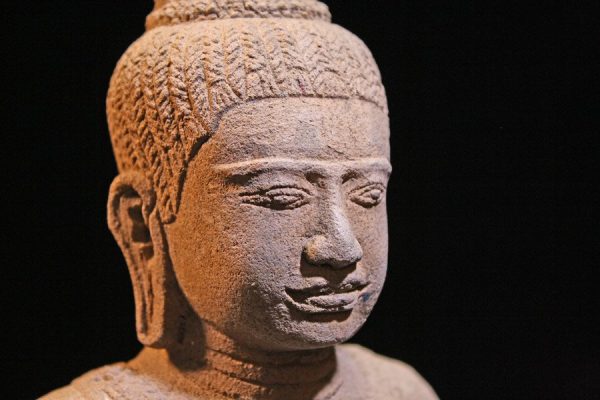 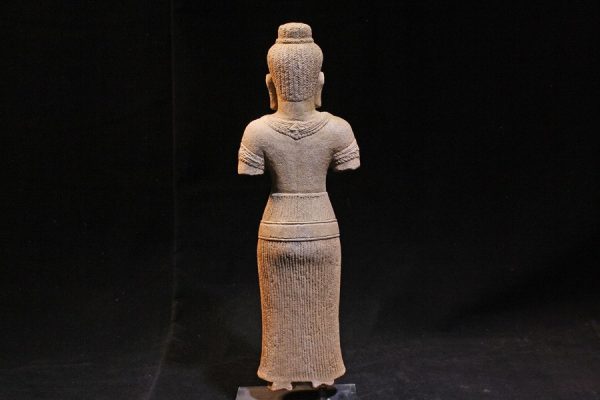 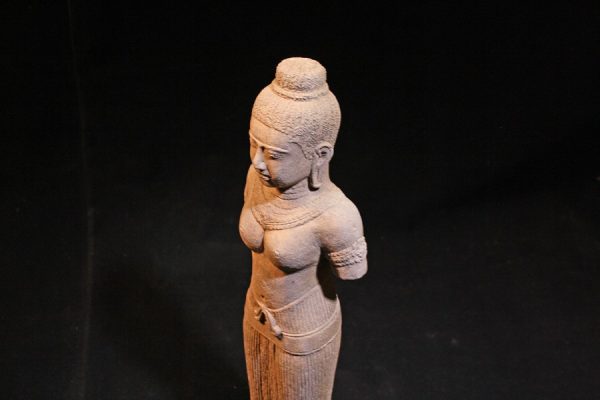 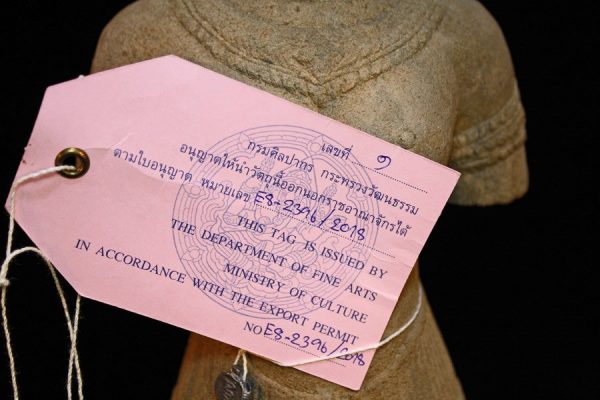 Jayavarman II was a 9th-century king of Cambodia, widely recognized as the founder of the Khmer Empire, the dominant civilization on the Southeast Asian esotericstuff.comland from the 10th Century until the mid 15th century. He has been regarded as the king who laid the foundation of the Angkor period of Cambodian history.

In the 11th Century, the king built Baphuon Castle / Temple in Angkor and dedicated it to the Hindu God Shiva.  This statue was found in Baphuon Castle by my Thai Agent’s archaeologist relative through a Cambodian associate.

This traditional Khmer Angkorian-styled sculpture of a “divinity female torso” is in excellent condition and a solid fragmented section. The buff gray sandstone of a young woman appears in 1500 year old traditional Cambodian dress.  Her posture (asana) is straight with weight equally over the feet… typically the position of Shiva when in deep meditation.

Khmer art moved away from Indian styles in the 7th Century to encompass its own style.  For example, this statue is carved in the round rather than as a relief on a stela (large slab of rock)… a very common  practice with Indian/Javanese Hindu and Buddhist sculptures in Cambodian art.  Khmer sculptors wanted their artwork to be viewed from all sides and therefore placed such pieces in the center of temples.  Even with religious figures like this, sculptors used members of the royal court as models.  What member would not want to see her likeness sculpted by the finest artisan in stone . . .  compared to a god?  Good gig.

The broken arms on this statue – as on so many others from the Khmer – are a testament to the fragility of the craftsmanship.

I encourage you to seek the results of other auctions regarding Khmer sculpture.  Many of this quality, size, age, provenance (and most without heads) have sold at renowned auction houses for multiples of what I am asking.

This is authentic and comes directly from SE Asia… and in this case a highly reputable antique dealer.

All credentials and cultural releases will be included in the sale.