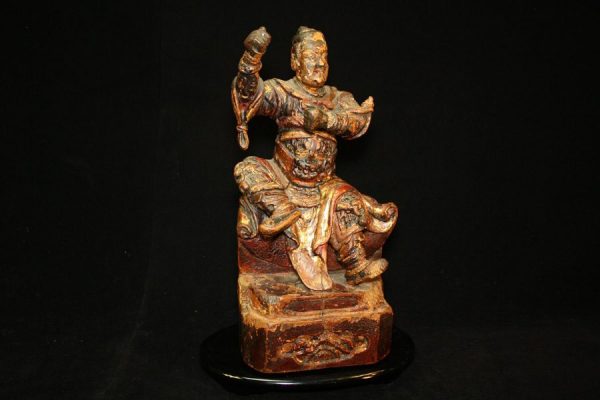 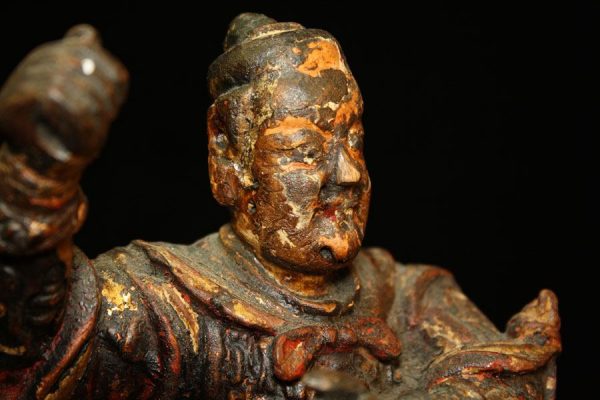 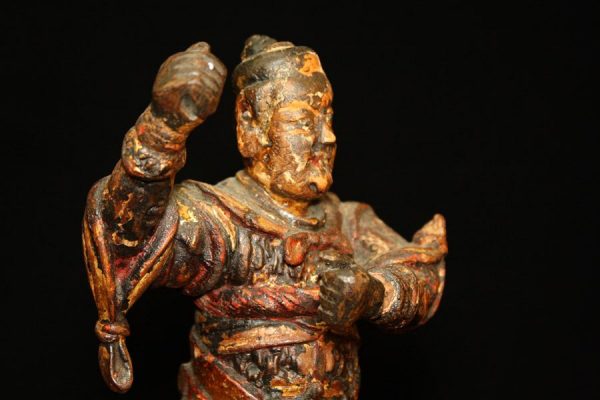 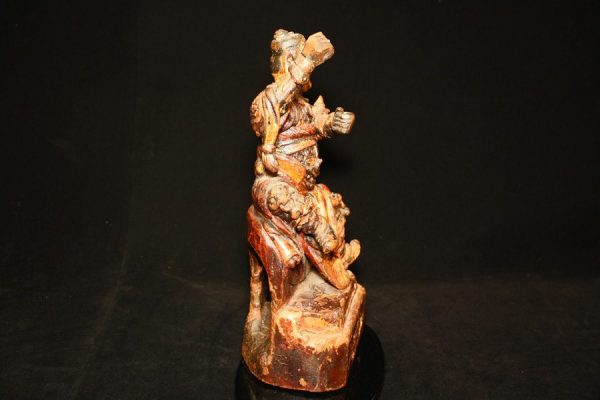 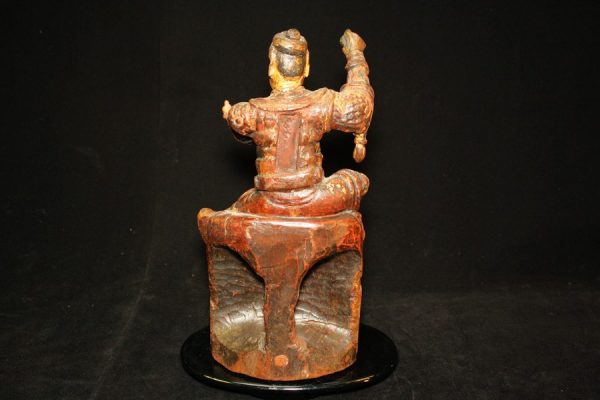 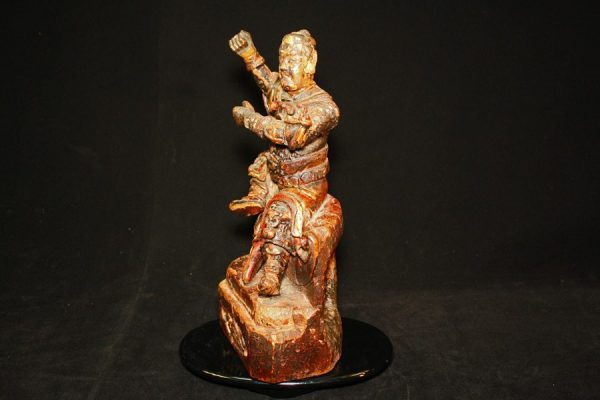 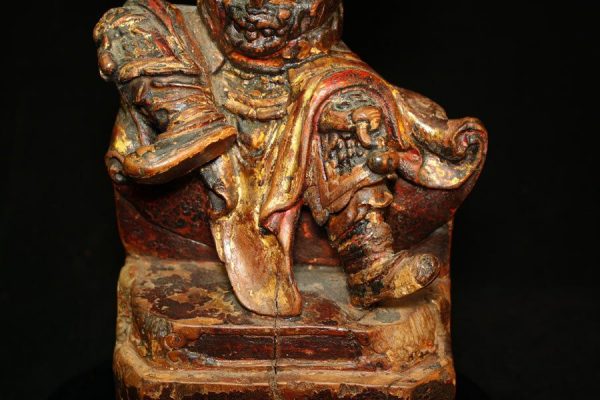 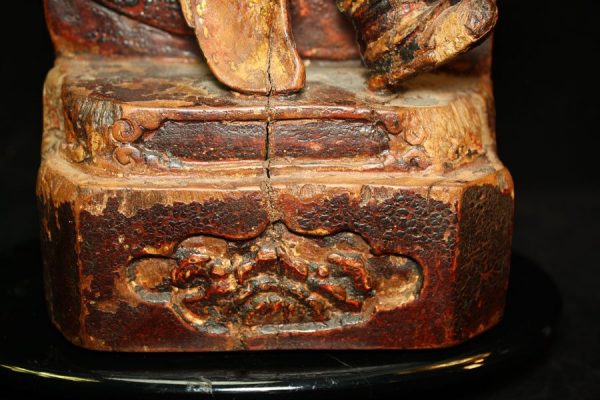 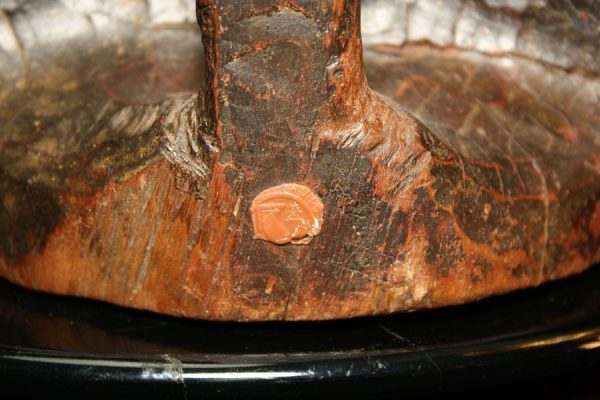 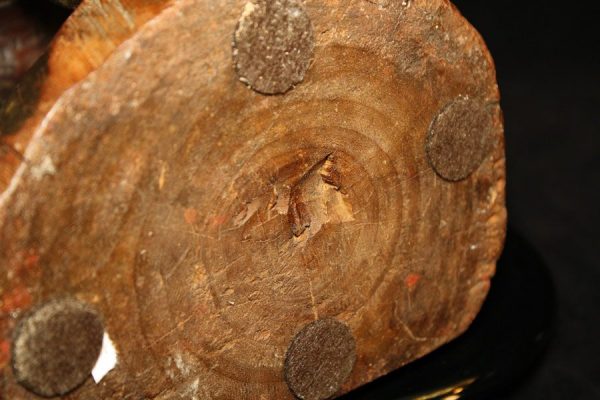 This is a pretty special piece.  Imported from the Chinese government as an historic artifact, this once-lacquered/gilded statue represents a Taoist immortal.

I think this is a stylized version of Kwan Kung (God of War).  Kwan Ti (later known as Kwan Kung) is the most famous war general in the history of China. He is perceived as China’s finest military heroes, and was elevated to the rank of God of War in 1594, becoming one of the most popular deities in China. His image could be found universally at home, office or business premises of Feng Shui enthusiast, as he was invoked to aid those in need of assistance. Kwan Kung is simultaneously defined as the God of War as well as the God of Wealth. Kwan Kung is the embodiment of power, strength, integrity, and honor . . .  and protects the righteous and defends the innocent.

The rectangular piece in the figure’s back was used for prayer messages.

A special piece for the Serious Collector.