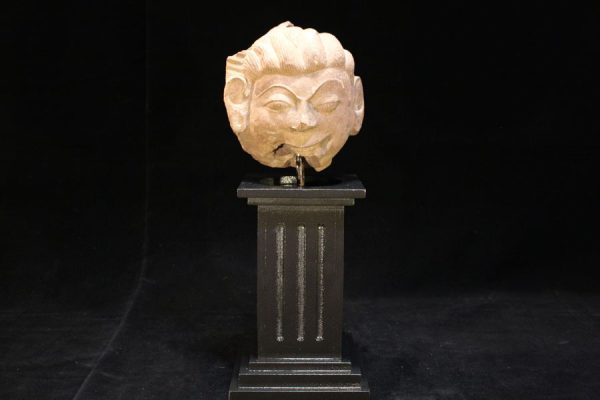 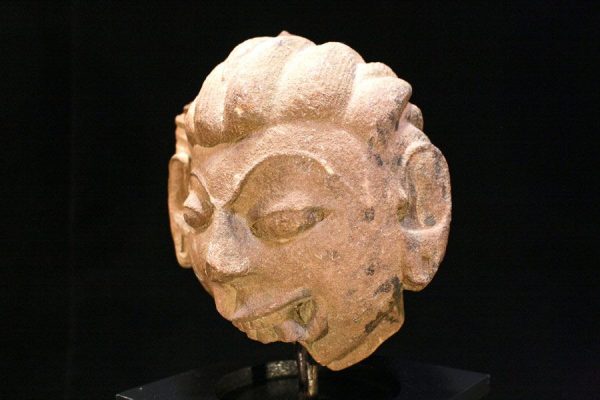 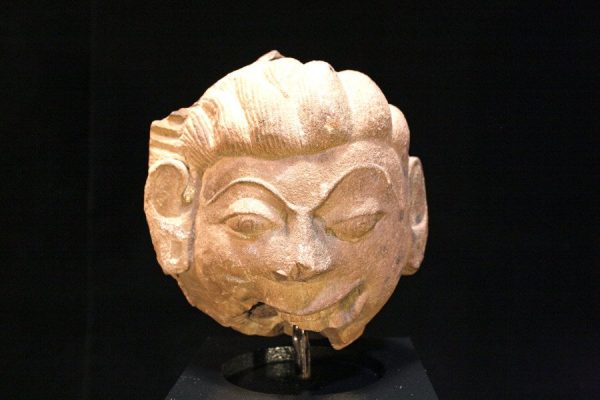 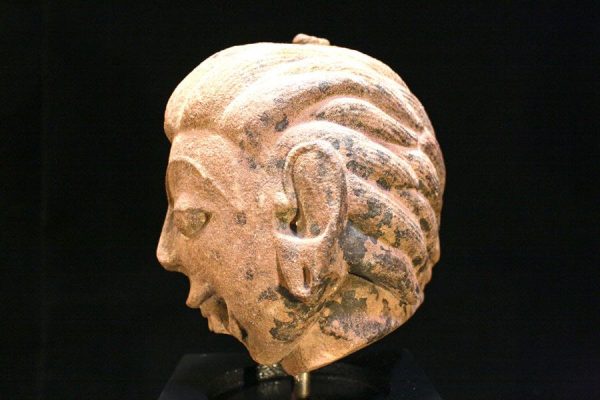 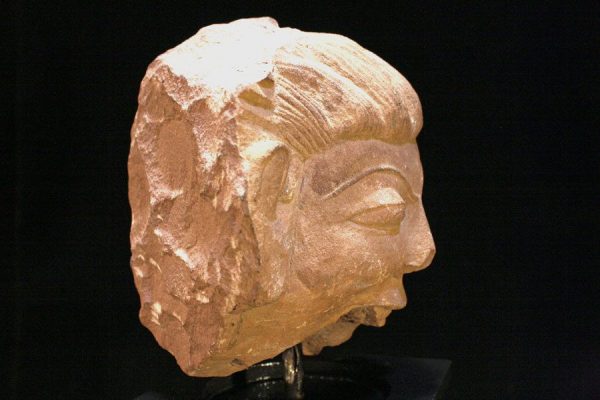 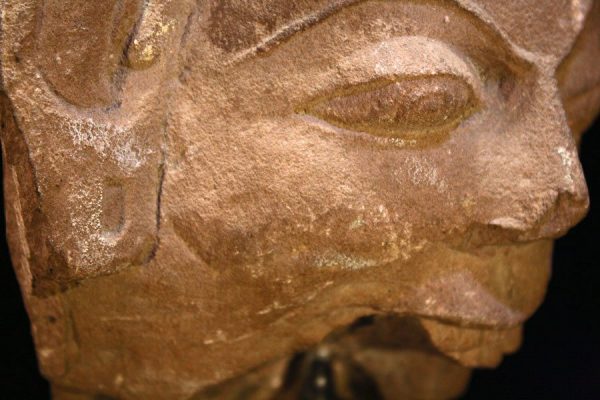 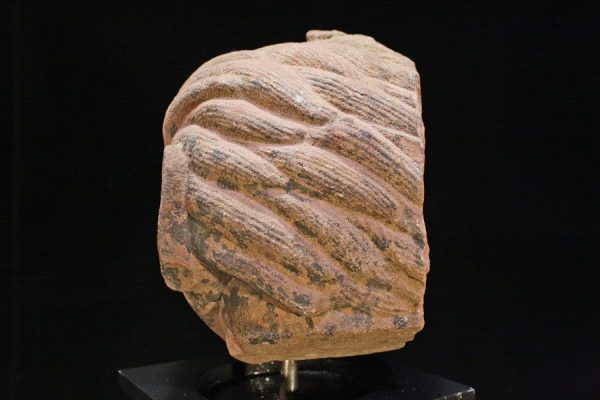 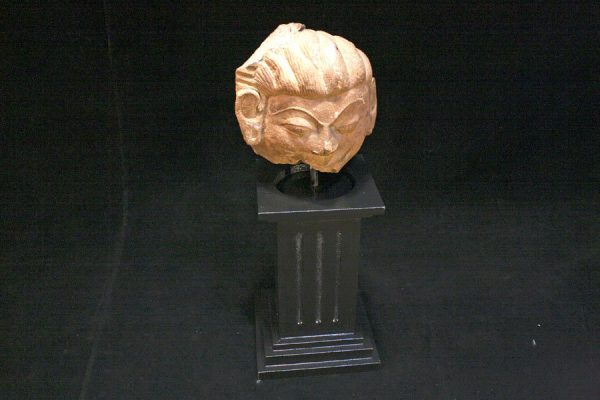 A Majapahit Kingdom – one of the last major Hindu empires of the Malay archipelago – in eastern Java from 1293 to around 1500.  The Majapahit society developed a high degree of sophistication in both commerical and artistic activities . . .  yielding a cosmopolitan population where literature and art flourished.

Based in eastern Java, the empire also dominated other kingdoms from the southern Malay Peninsula, Borneo, Sumatra, Bali, Kalimantan . . . .  to eastern Indonesia and the Philippines.

Regarding this “fragment head”:  the art is very much Majapahit.  The material is sandstone, different from the terracotta used in many Majapahit masterpieces. A sandstone sculpture – like this – probably was from Bali . . .  as indicated by the estate managers of the Kansas City Missouri prolific collector and world traveler.  It is very likely a fragment of a full statue from a Majapahit temple or – at the very least – a religious shrine commonly attached to a larger building.

As you can see, part of the jaw is missing but the rest of this solid sandstone sculpture is detailed and in perfect condition.  I added a substantial base that would better support its weight.

There is so much history surrounding fragments like this.  It makes a stunning display piece . . .  representing a powerful  and unknown – especially by Westerners – empire in southeast Asia.