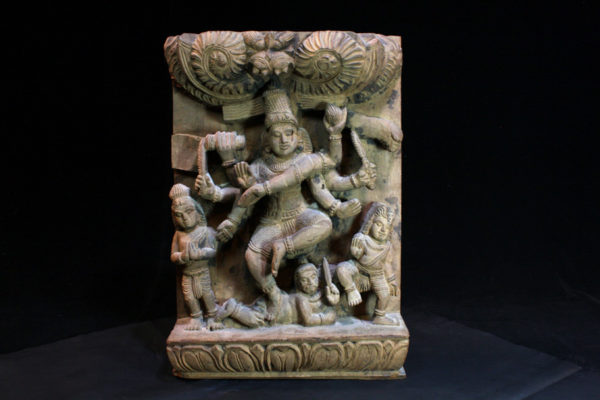 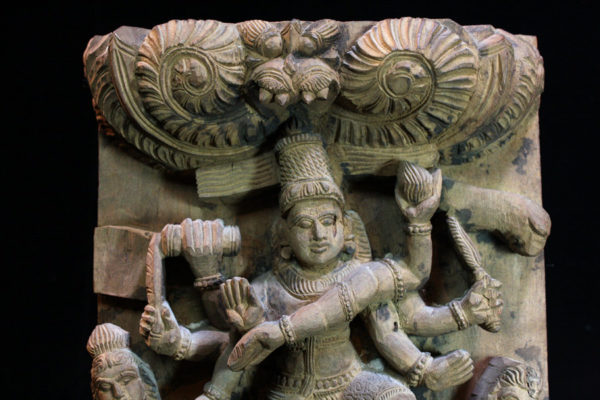 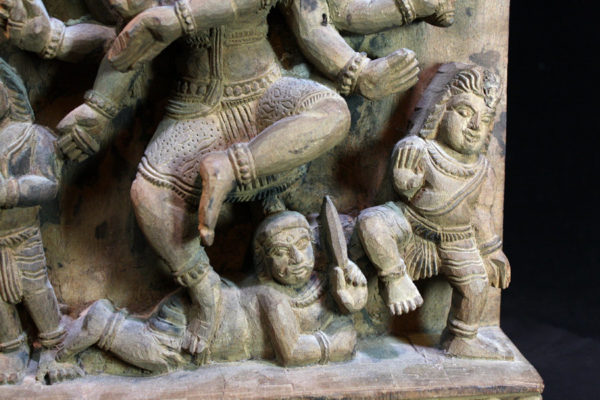 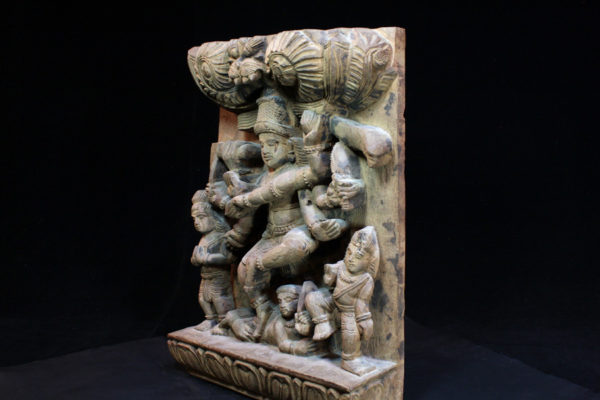 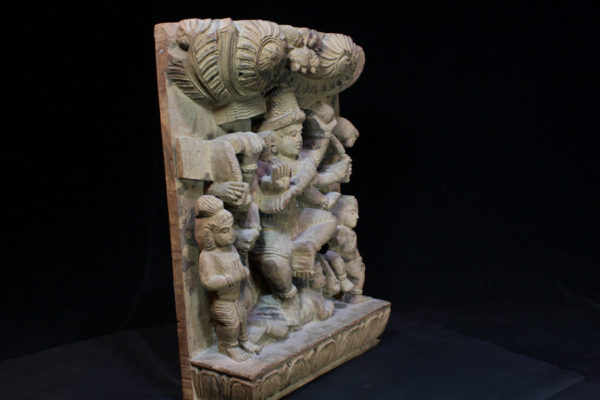 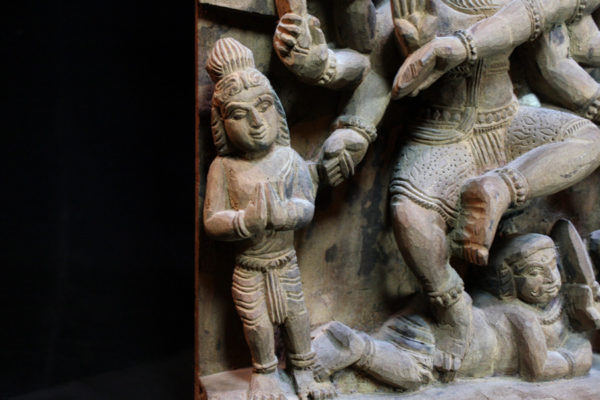 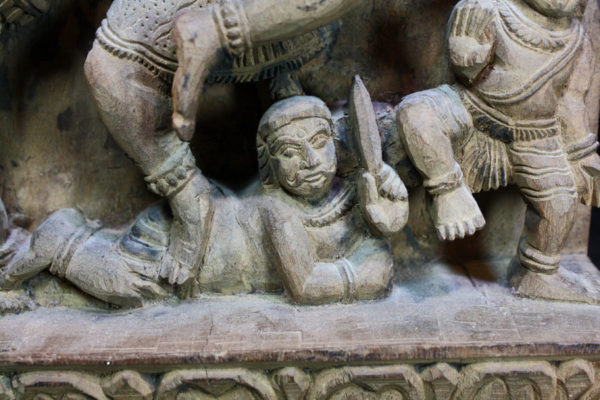 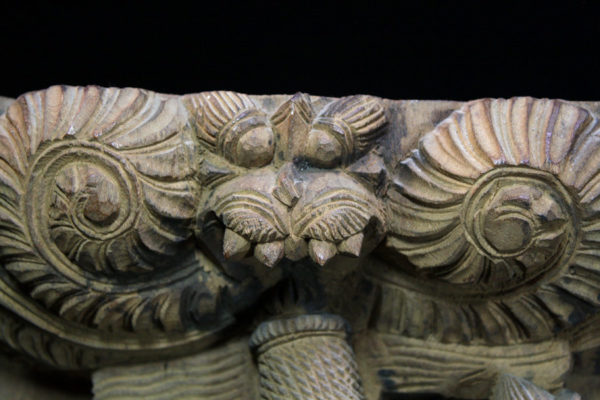 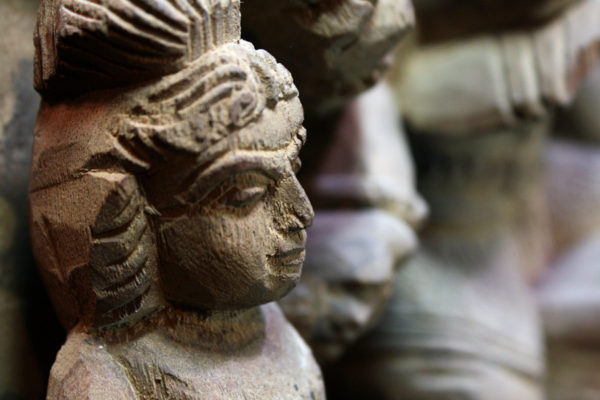 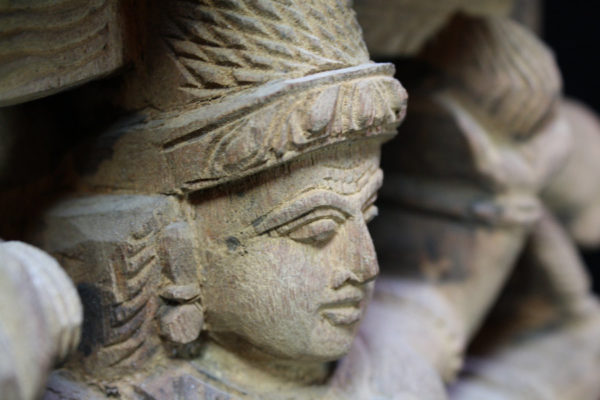 Carved architectural temple fragment/corbel/relief.  It is populated by Hindu deities . . .  many hard for me to identify.  I am reasonably sure that Vishnu is in the center shown with multiple arms.  The raised arm is a sign of reassurance.

Above is a carving of a mythological protector beast, a  Kirtimukha.  Kirtimukha irritated Lord Shiva so Shiva suggested that this “monster” should feed on the flesh of its own feet and hands. Kirtimukha willingly ate his body starting with its tail, stopping only when his face remained. Shiva – pleased with the result –  gave it the name Face of Glory and declared that it should always be at the door of his temples. Thus, Kirtimukha is a symbol of Shiva himself.  End of story.

It is an amazing piece created in the temple city of Tamil Nadu in southern India.  Reliefs – like this – have been created since the 1500s and reached a pinnacle in the late 1700s.

Acquired from an art gallery in NYC who reported that it was in a private Collector’s hands for three generations . . .  over 80 years.

In great shape.   A very rare find for a Serious Collector.