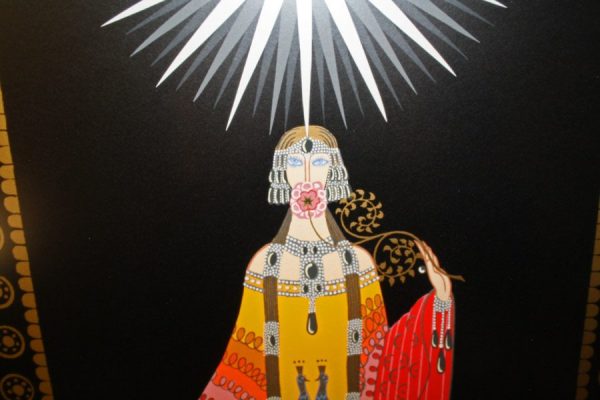 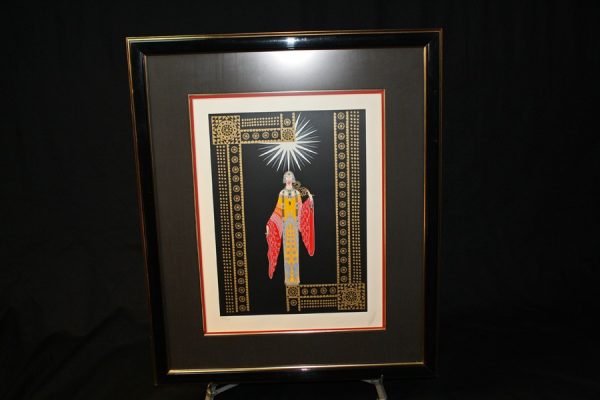 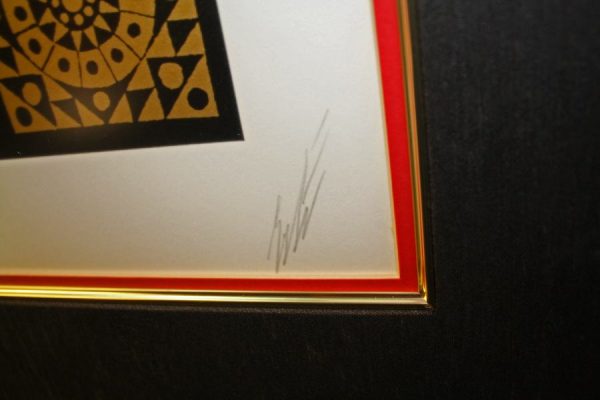 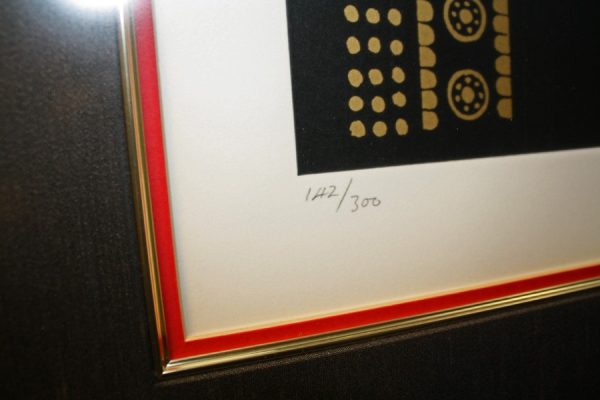 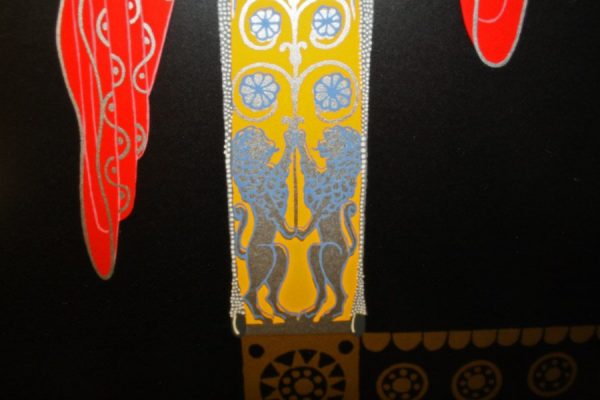 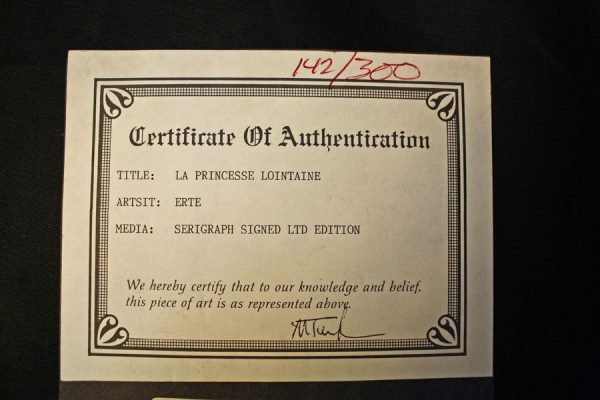 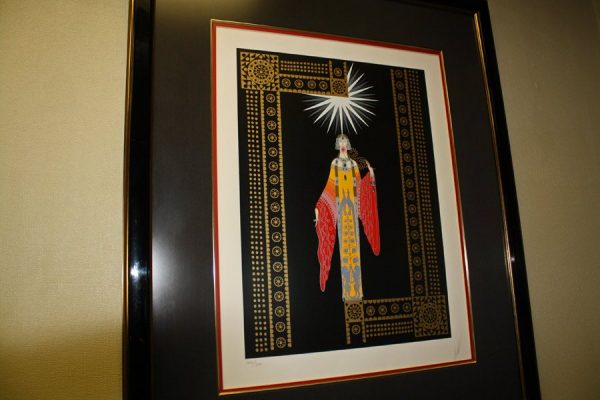 Erte – Romain de Tirtoff – was born in Russia in 1892.  He died in 1990.  His career started early when his unique design talents were recognized by well known couturiers in Paris.  Over the next 55 years he designed covers for Harpers Bazaar, created original costumes for screen actresses, created extravagant designs for venues for NY Radio City Music Hall , Casino de Paris and the Paris Opera.  His works influenced an entire art movement:  Art Deco.

In 1967, he embarked on a new career of “recreating” his life long remarkable designs in bronze and serigraphy.  The Art Deco movement was reborn!

You can find his works everywhere from the NY Metropolitan Museum of Art, Museum of Modern Art, Simthsonian, London’s Victoria & Albert Museum and – of course – in private collections and galleries worldwide.

This original serigraph – La Princesse Lointaine – really shows off the depth of Erte’s talent.  Marshall Lee’s book:  Erte: The Complete New Graphics, page 179 is the best reference for this particular art piece.  Princesse Lointaine is a familiar character from medieval romances… a woman whose primary characteristic as love interests has been her unattainability.  The French translation is:  Distant Princess.

This serigraph is handsigned, numbered, framed with a certificate of authenticity.  Measurements are shown below.  Double matted with metallic gold between the two mats.  There are a couple of minor knicks and scuffs on the frame.