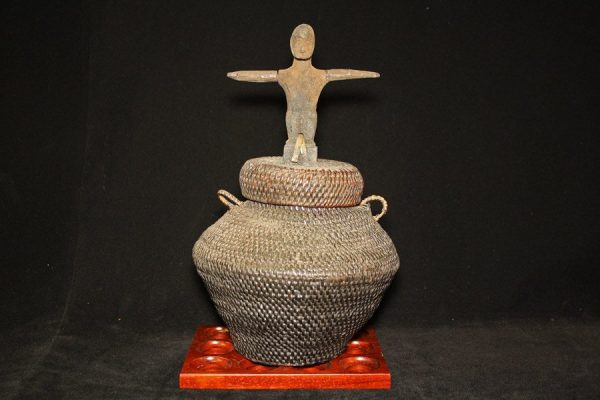 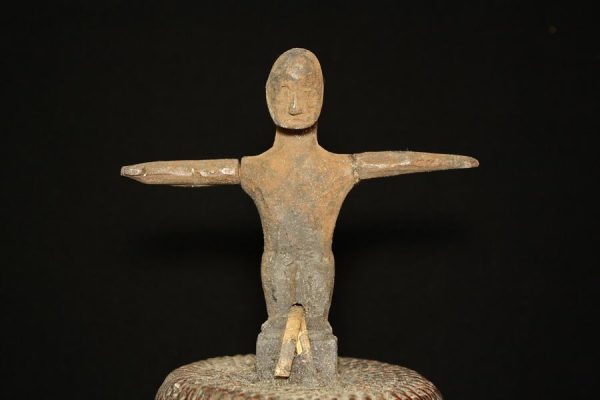 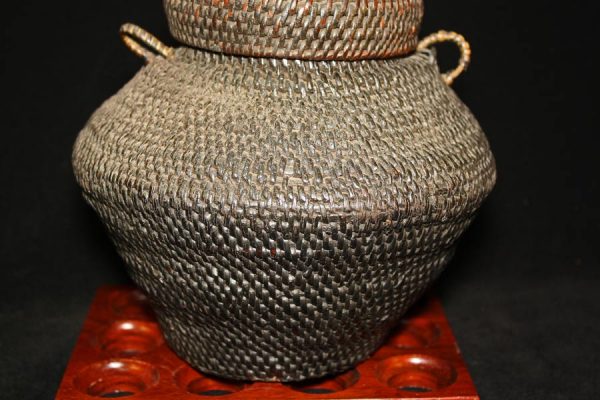 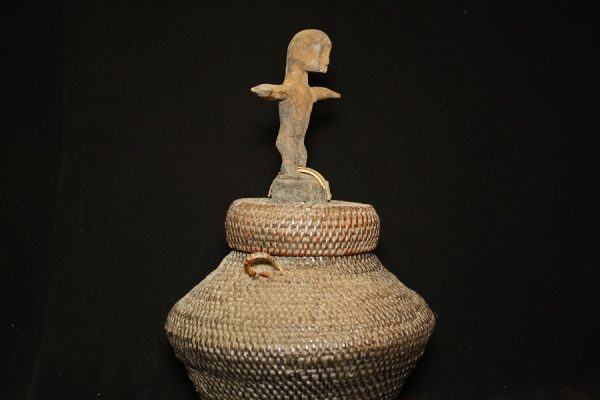 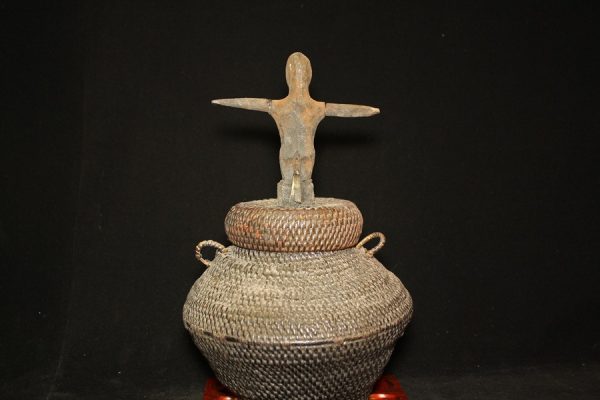 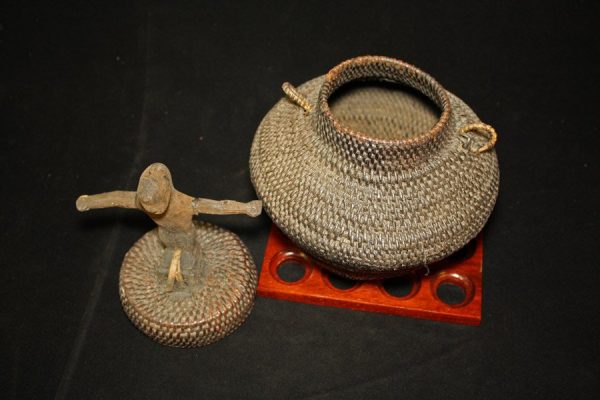 Ifugao is a landlocked province of the Philippines. Ifugao – derived from ipugo which means earth people – is also the name of the people who inhabit this region.

Untouched by the influences of Spanish colonialism, the Ifugao people and culture value kinship, family ties, religious and cultural beliefs.

Up until the 1950s, a few elements of the Ifugao performed the elaborate  “dawat di bagol” (receiving the deity) ritual that elevated  a “mumbaki” (native shaman) to a higher order called the “mumbagol,” a performer of the high prestige rituals in Ifugao society and culture.

The dawat di bagol was performed during the harvest season where the supreme gods and deities were invoked to bestow authority on the mumbaki to preside over the rituals.   Sometimes these rituals had to do with headhunting  . . .  other times they used animal sacrifice (usually pigs and chickens).

This woven ritual basket came from a native shaman (mumbaki) from a village near the mountain province.  On top of this basket is a hipag figure in human form . . .  miniature versions of funerary figures and represent  minor war deities.  Such deities are invoked during ceremonies dealing with aggressive and violent acts.  Amazingly enough these same deities are associated with headhunting, sorcery and the source and cure of disease or other afflictions.   A shaman’s basket contains shaman “things”.  Because of the age, his basket likely was one of the mumbaki tools through the early part of the 1900s.  It was acquired from an anthropologist in the early 1940s and ended in the estate of William C. Bouck, a prominent attorney in Wisconsin.

This kind of shaman paraphernalia is extremely rare!

Only, for the Serious Collector!