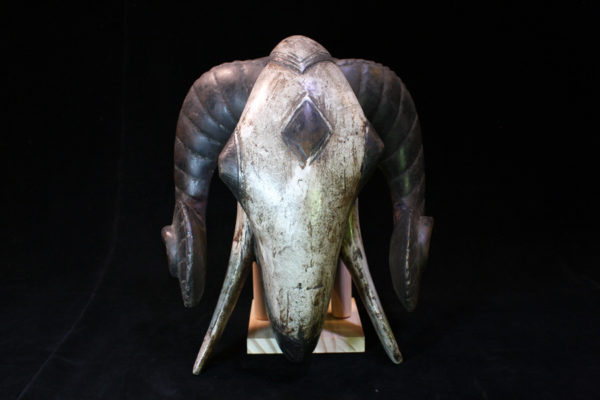 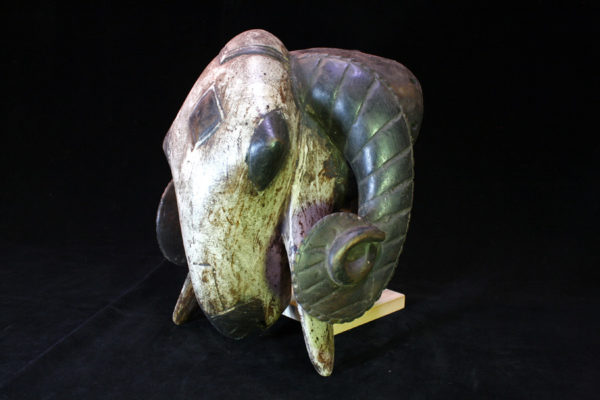 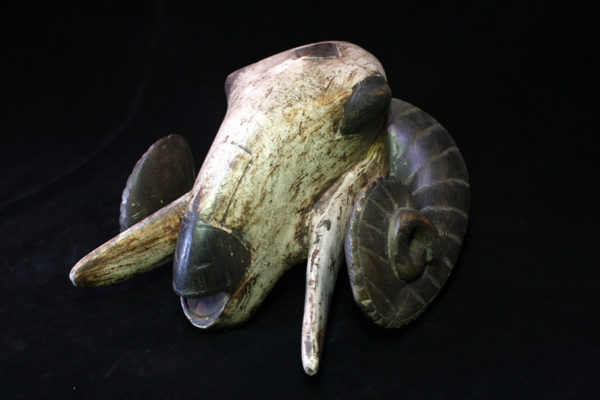 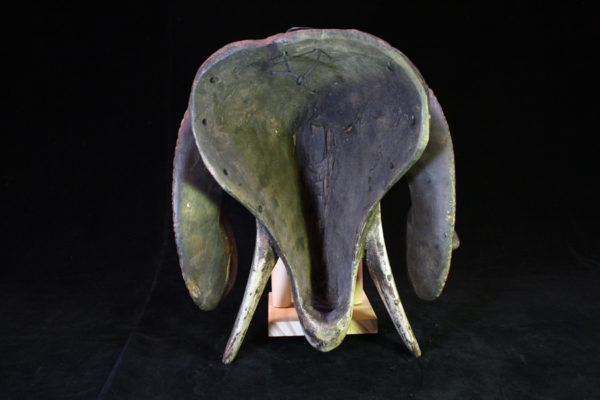 The Baule are one of the Akan peoples who moved west to the Ivory Coast more than 200 years ago. They adopted masking traditions from their neighboring tribes such as the Guro, the Senufo and the Yaure.

During the 18th century, Baule queen, Aura Poku, was in direct conflict with the Asante king, and when the Asante prevailed, the queen led her people away to the land they now occupy.  Baule mythology tells that she had to sacrifice her son to the river god in order to complete escape safely. The male descendant of Aura Poku still lives in the original palace she established. The Baule today are the most powerful group in Cote d’Ivoire, admired as highly skilled politicians, as well as talented artists . . . producing some of the most elegant & detailed objects known in West Africa.

Among the masks of the Baule people of Cote d’Ivoire (specifically zoomorphic) are those representing bush spirits.   For various ceremonies (agricultural as well as funerals), the hyena, elephant, buffalo, ram, antelope, hippo, monkey are most often represented.

But the ram is the most dynamic.  Tribal members believe the ram has many male attributes and symbolize a male character.  It’s strong and beautiful spiral horns signify strength and power and represent things of the bush that are male and ungovernable.

This mask was acquired from a collector in Texas whose passion is these zoomorphic masks.