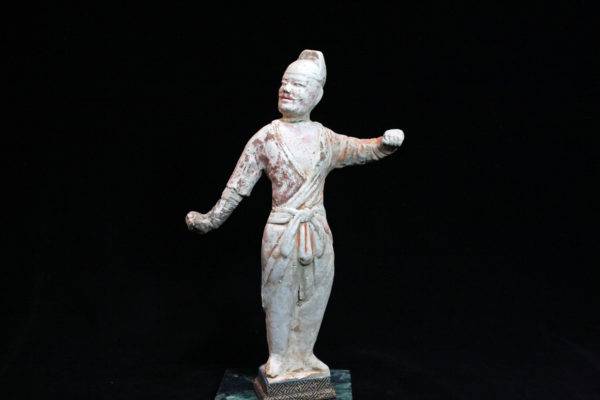 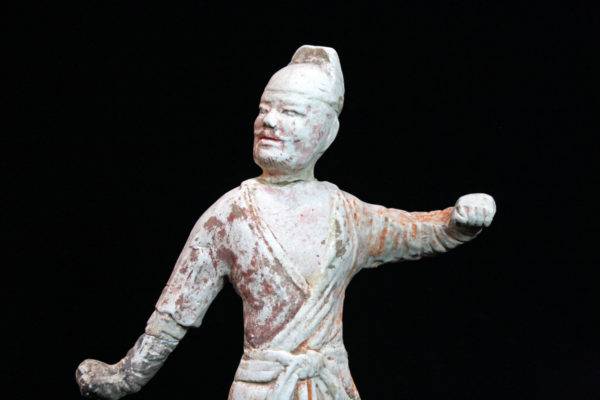 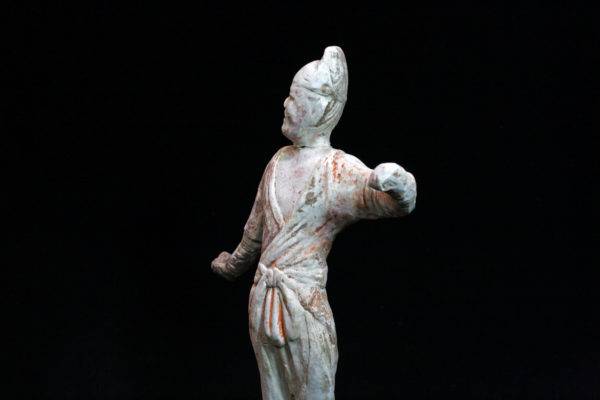 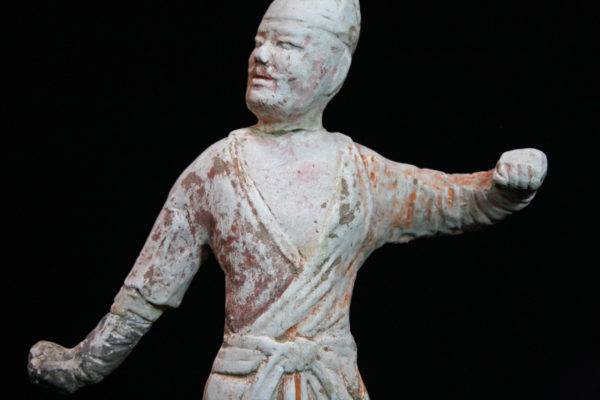 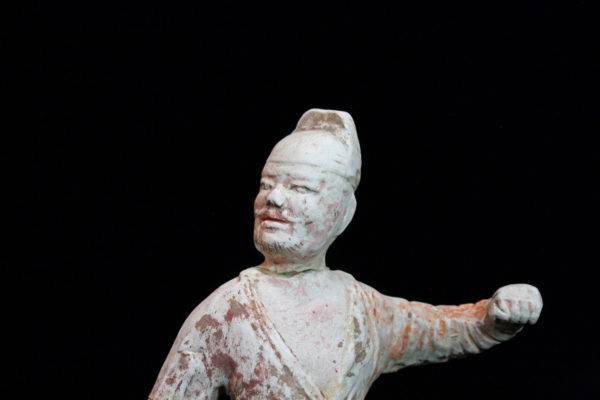 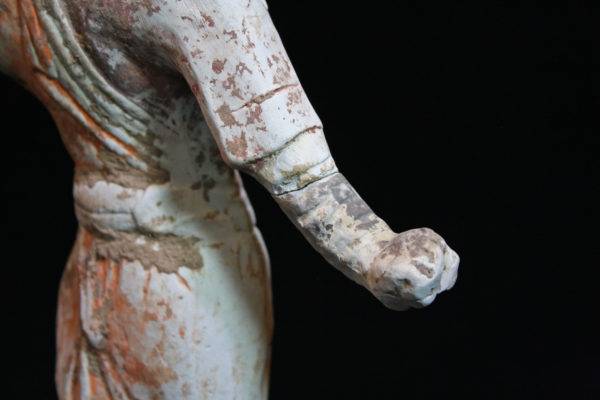 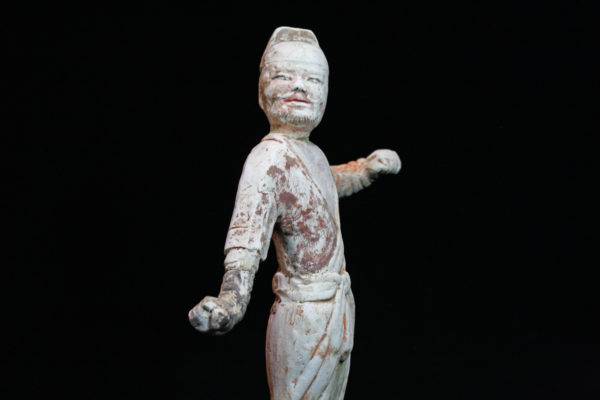 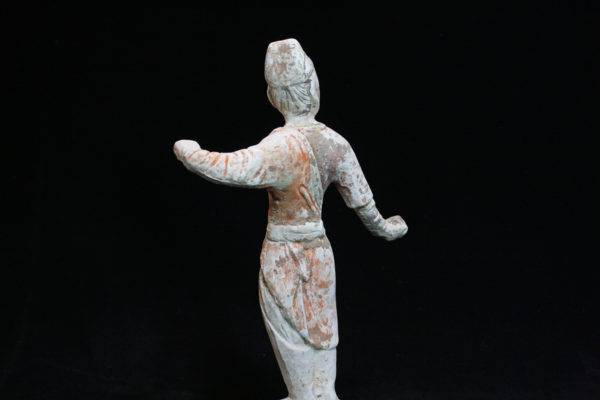 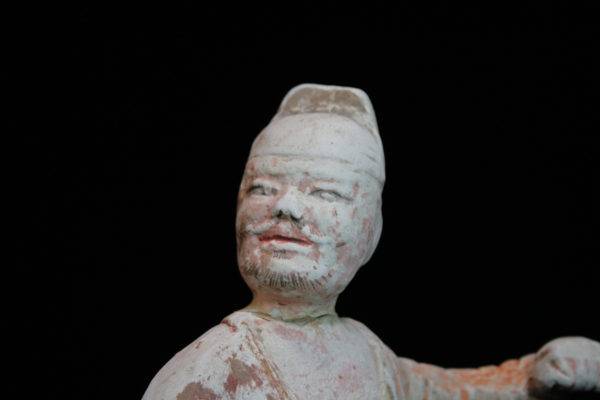 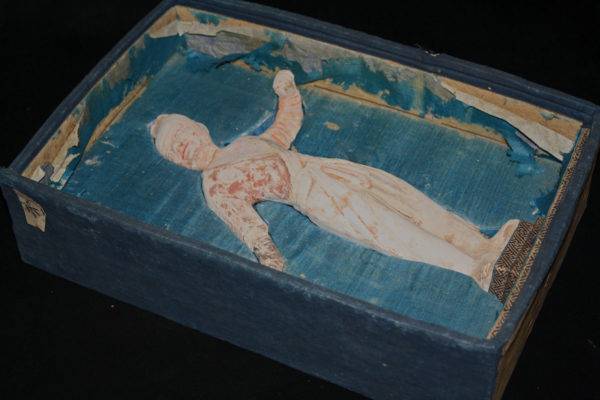 I guess I could spend a few hundred dollars having a thermoluminescence test done on this to validate the Han Dynasty claim but I have some doubts about the outcome.

The pose and stance is not Han Dynasty.   It is likely a Tang Dynasty tomb figure which – in my opinion – is almost as precious.

Art from the Tang Dynasty (618-907 CE) was a time of exploration of new materials and styles . .  particularly in ceramics.

During this Dynasty and in the northern areas of China, there was a tradition for placing ceramic figurines in tombs. Common forms are human figures, horses and camels, with parts made from molds and then assembled.  They symbolized what the deceased person needed in the afterlife.

Tang potters also experimented with and developed the skills in making single color wares, including white ware and green-glazed celadons, which laid the groundwork for the future Song dynasty’s taste in ceramics.

I purchased from a antique gallery owner in Seattle.  I was told that this item came from a woman whose father was in China during WWII.  The father purchased it from a collector who lived in Shanghai.  There was no written provenance, however.

The head and right hand appear to have been reattached.  The fitted box is in poor condition and the lid is detached from the main box .