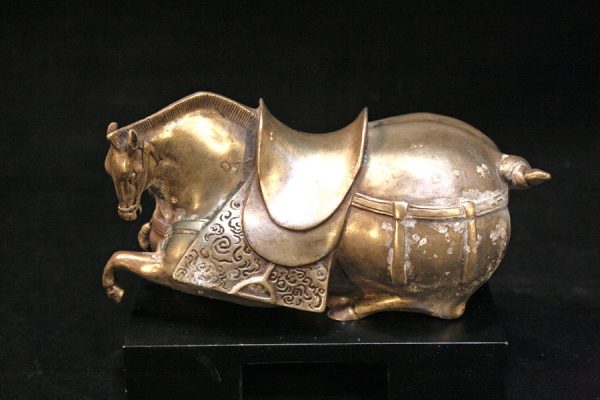 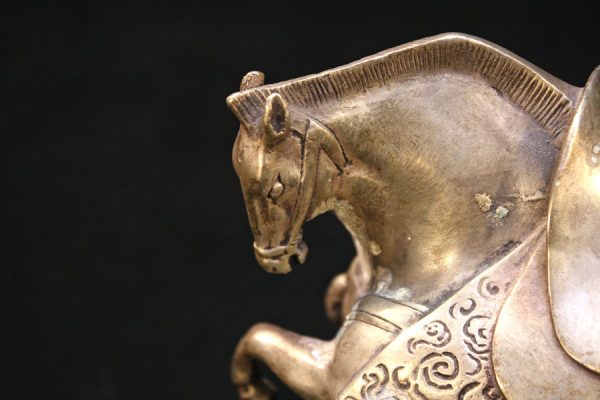 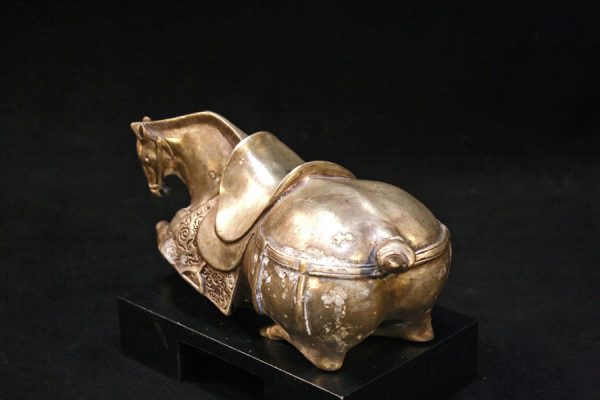 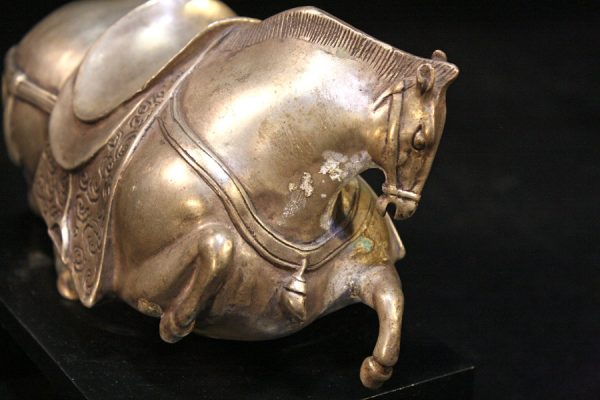 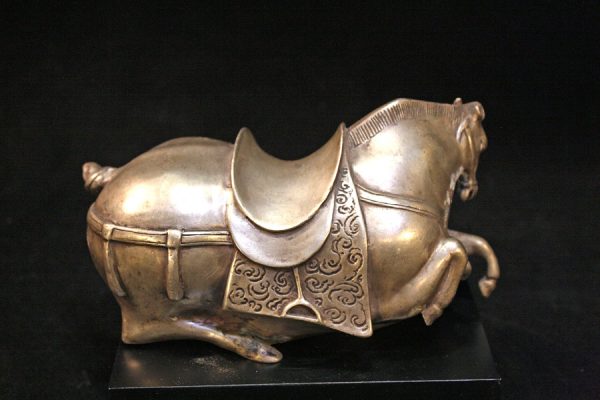 Emperor Xuanzong (aka Emperor Ming of Tang reigned for over 40 years between 713 and 756) was the seventh emperor of the Chinese Tang Dynasty.  He is often credited with bringing Tang China to one of its highest point of cultural achievements and power.

In 745, the Xuanzong made Yang Yuhuan (aka Taizhen) his imperial consort.  Just so happens that Taizhen was the wife of the Emperor’s son.  Taizhen was more than full figured . . .  and she loved lychee fruit delivered to her by the fastest of the imperial horses. And it took a sturdy imperial horse to support her weight.  Here is an artist’s interpretation of that horse . . .  also, it seems, plagued with the same issue.

Very cool and detailed!   Purchased from an antique dealer in 2003.  Excellent condition with expected spots of oxidation.  Stand not included.