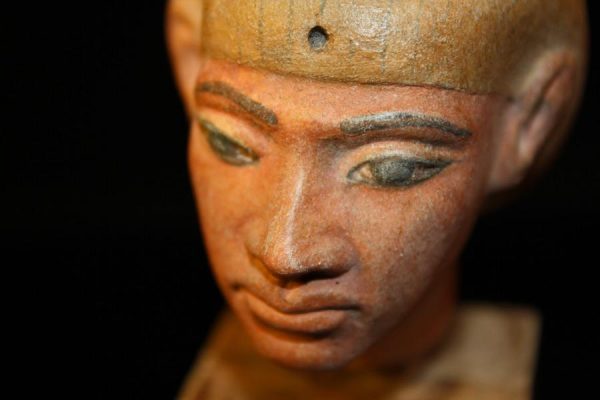 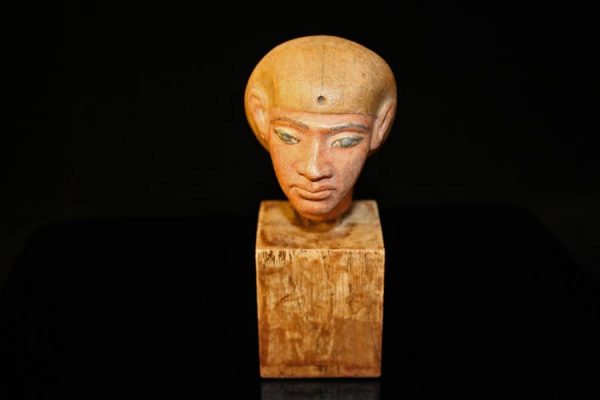 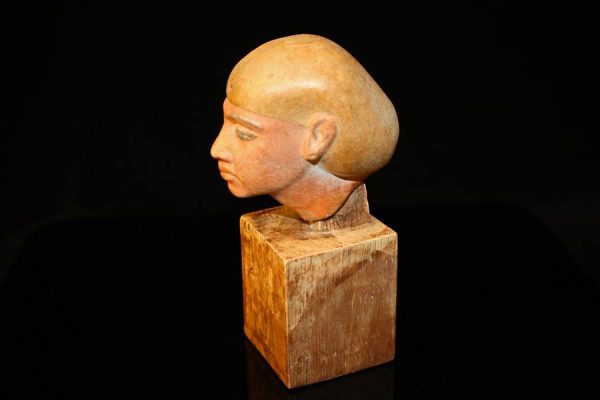 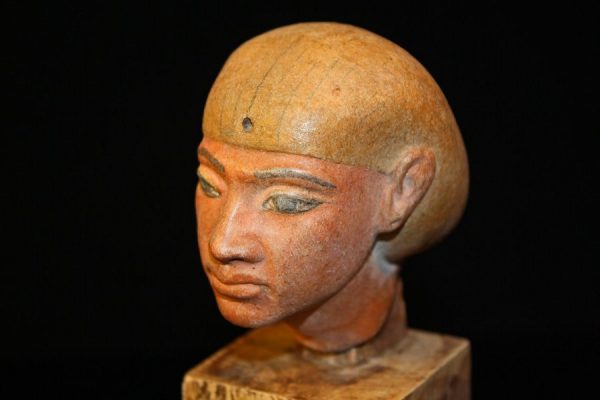 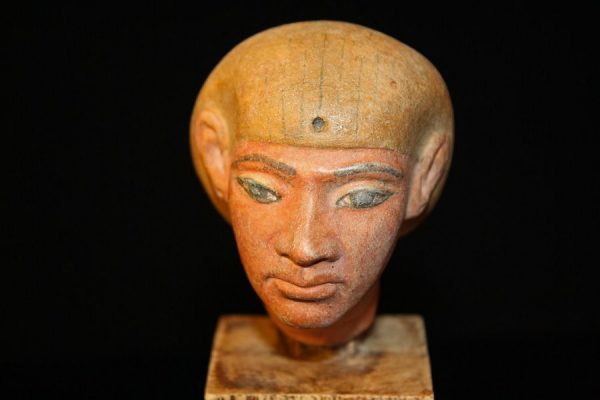 This piece is a solid relief made from a mix of  limestone and quartzite and then hand painted replicating tones of the original piece.

This is a rare depiction of Queen Tiye during the Amarna Period of Egyptian history.  It was the latter half of the 18th Dynasty when the royal residence of the pharaoh and his queen was shifted to Akhetaten.  Don’t confuse Akhetaten – a capitol with Akhenaten – Queen Tiye’s son.  In fact, some Egyptian historians have suggested that this representation could be him rather than her.

The depression in the forehead is where a uraeus was attached.  The uraeus is a stylized form of a cobra worn as a sign of royalty.  It was probably made of gold . .  and probably stolen early on from the original sculpture.

The creator/sculptor of this piece is from Australia.  His specialty is works-of-art from the ancient past . . . primarily Egypt.  He has and does have art commissions from all over the world.  Very talented.  Check out his other pieces on my site.

Cracks are common and not considered a defect.   Mounted / attached  on a base.  Great piece!