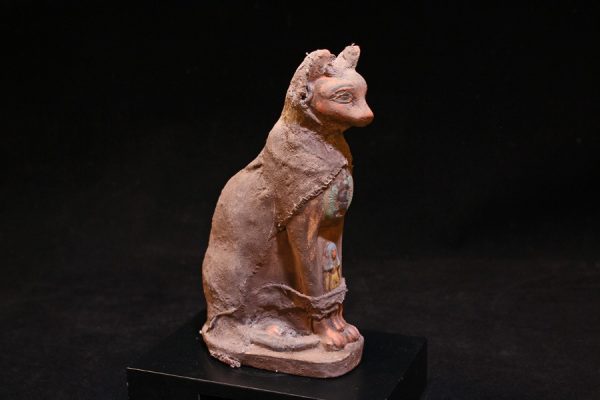 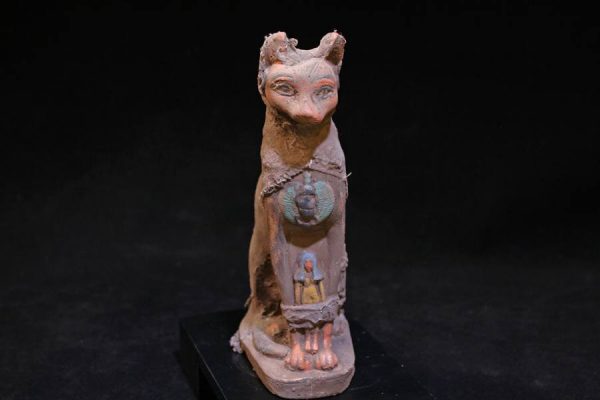 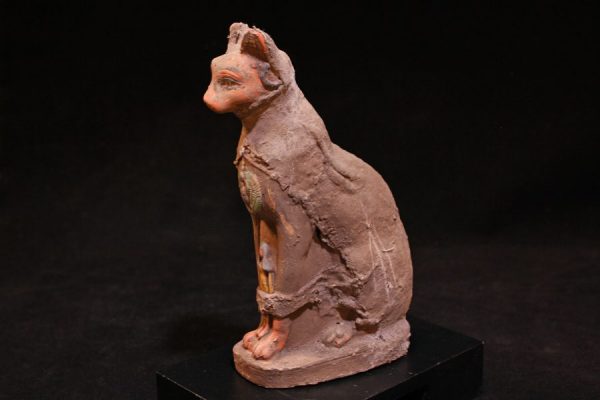 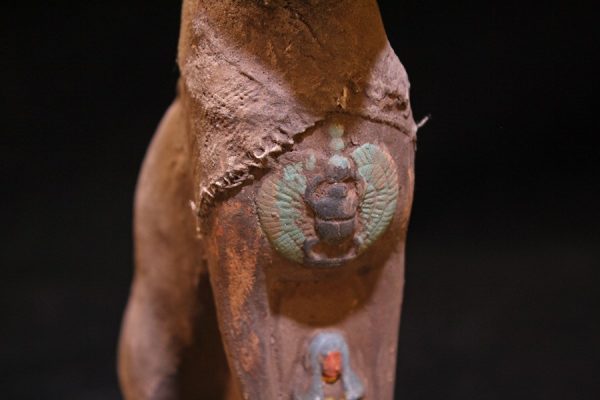 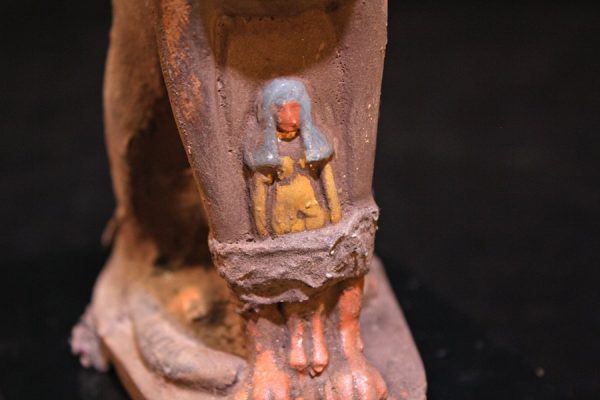 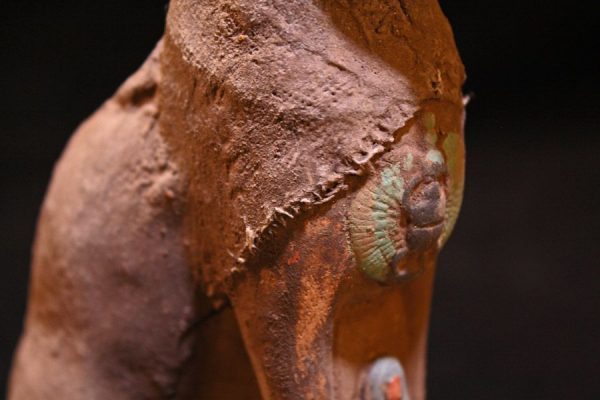 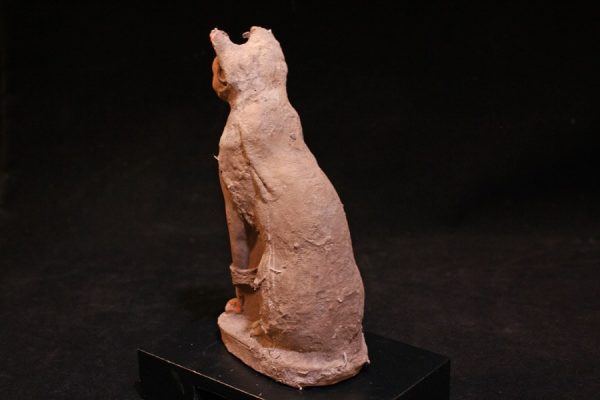 Several Egyptian gods took the form of a cat . .  most notably, Bastet.   Bastet, half feline, half woman, was the goddess of the home, women’s secrets, fertility, childbirth…. and cats.  In many ways, cats became a religious icon and as well as household pets.

Ancient Egyptians held cats in the highest esteem with severe penalties for injuries, misuse or killing.

As true with many Egyptian deities, there was a role to play in the afterlife.  Bastet was a guide and helper to the dead.  She was also the daughter of the sun god, Ra.

Egyptians were really into taking things with them to the afterlife.  So buried deep within many ancient Egyptian tombs are dozens of mummies of cats. It has become commonplace to hear about various funerary objects as more and more “finds” are being made.  Cats – wrapped up in linen – is a common find as well as funerary stone/clay cat statues (Ubasti / Shabtis).

Here is a statue of clay that is partially wrapped in linen. I have not seen this form before I was told by my source from Luxor Egypt that it is an authentic funerary piece from the ancient city of Bubastis (lower Egypt, near the city now called Zagazig).

Stand not included.     Quite a find for the Serious Collector.