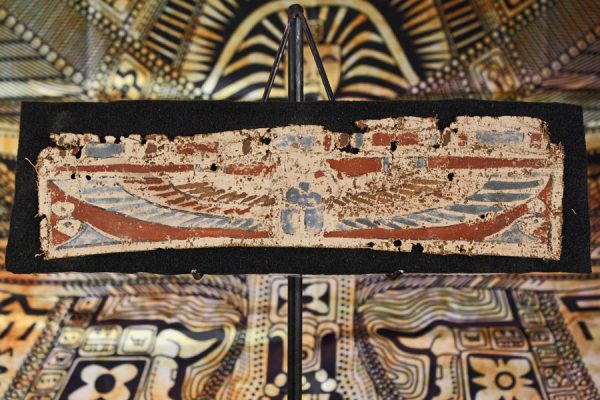 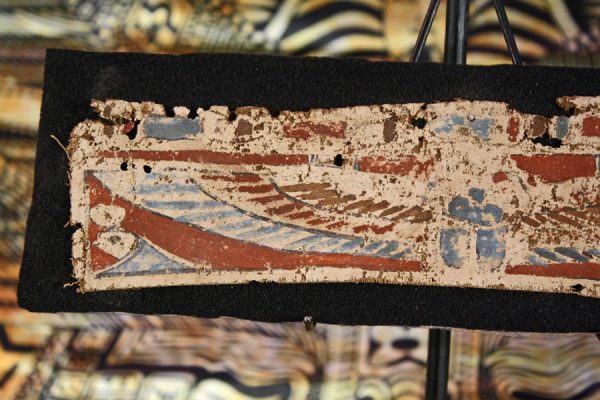 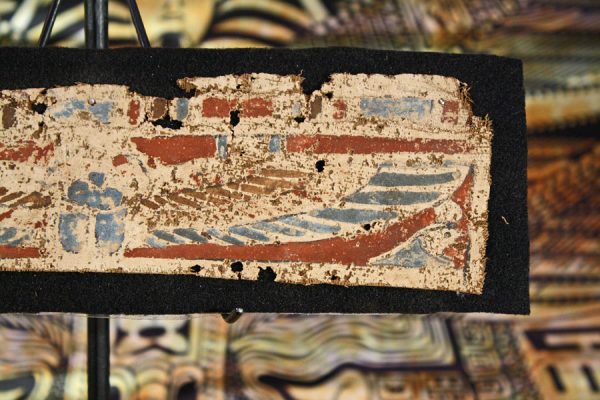 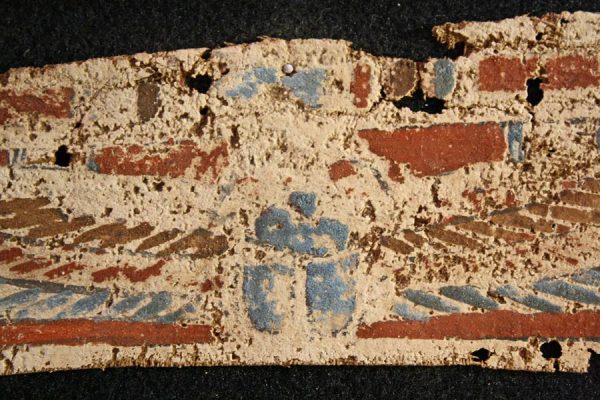 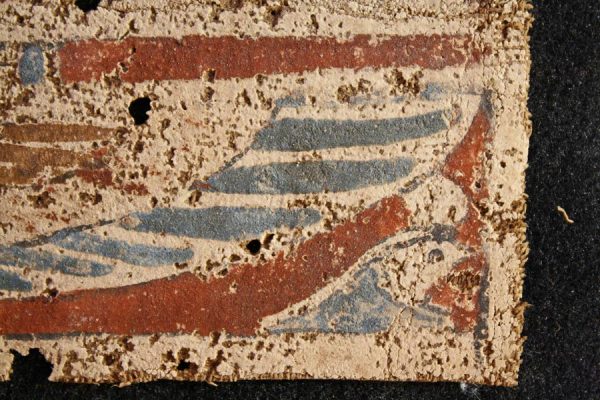 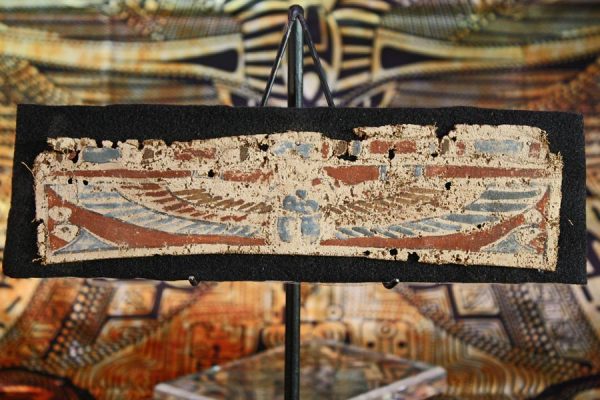 Cartonnage is an Egyptology and Papyrology term used to describe plastered layers of fiber or papyrus . . . flexible enough (when wet) to mold around irregular surfaces such as a body, cases, coffins, masks during the funerary process.  Such a finished flat surface allowed for painting of characters and motifs.  Basically, the surface allowing detailed art to be drawn versus drawing on a linen shroud.

This cartonnage fragment is from the Late Period (664-332 BCE) . . .  around the time of the conquest by Alexander the Great and establishment of the Ptolemaic Kingdom.   Cartonnage went through a transition during this time.  Cartonnage for bodies – as well as other funerary elements and masks – was produced by using old papyrus scrolls and linen.  It seems there was a shortage of papyrus during this period.

The winged scarab has great significance as it represented rebirth and renewal.  The giant scarab – the god Khepri – pushed the sun across the sky every day so this representation is highly symbolic.

In real life we know what the scarab beetle looks like as we have seen it lay its eggs in a ball of dung and roll the ball ahead of itself (check our National Geographic, if you haven’t seen this).

Stable and in fair condition.  Purchased from an ancient Egyptian artifact collector in Maryland.  Spent a lot of time speaking with him.  He, like me, has collected for over 50 years.  Currently it is mounted/pinned on a piece of felt and encased in a plastic container.

Thought to have come from the city of Sais, in the West Nile Delta

This is one of those “once in a lifetime” acquisitions and I encourage you to examine it closely.

For the Serious Collector only!