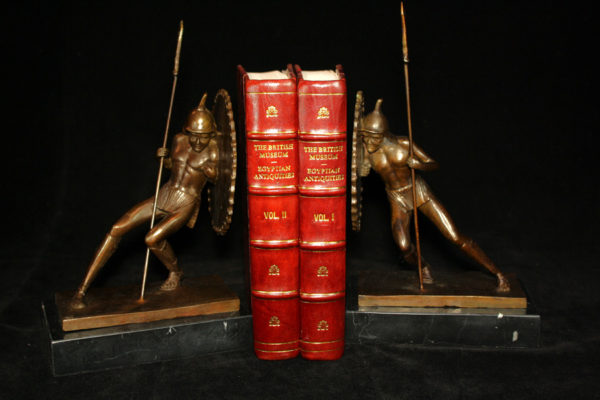 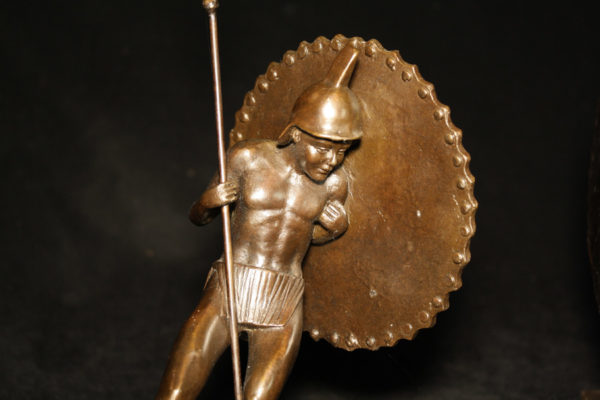 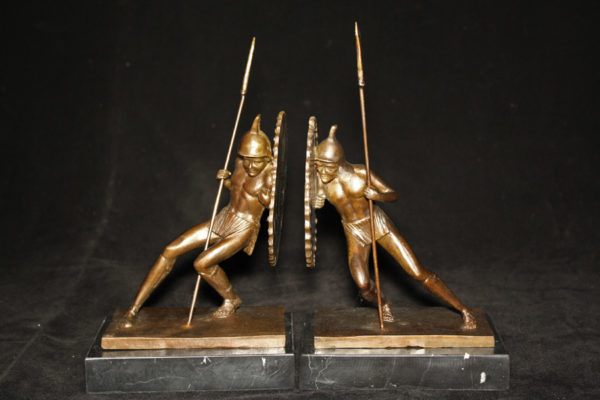 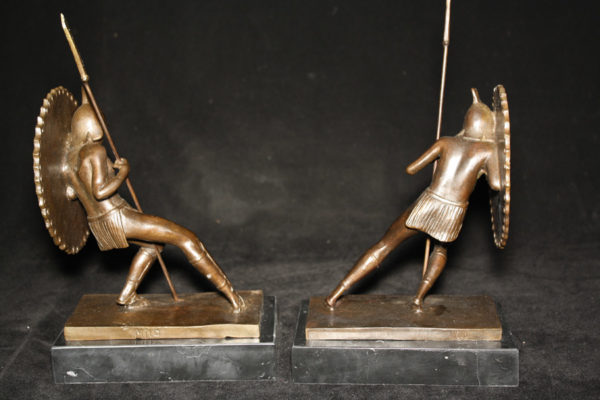 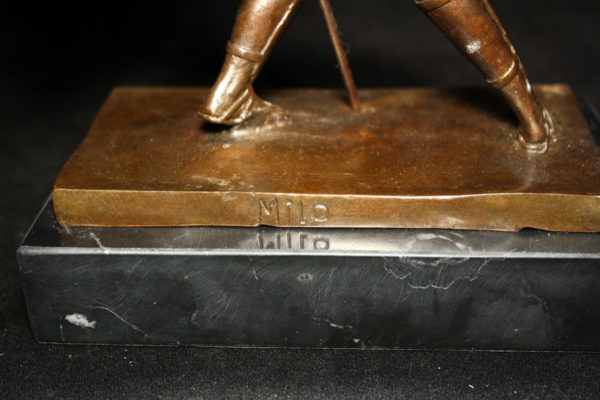 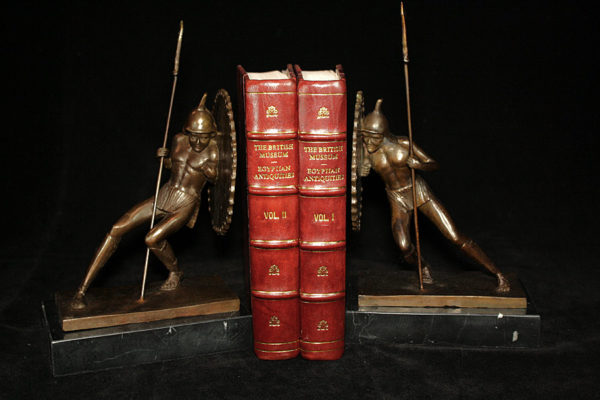 The headgear on these two warriors are worth noting.   With the decline of Ashikaga power in the 1560, the feudal barons (daimyos) began their fight for control of Japan.  Four decades of constant warfare ensued, known as the Momoyama period.

The hats on these warriors are called eboshi-styled kabuto helmets from the late -16th century era.  Eboshi because they are pointed.  Kabuto because they are simple warrior version of the more sophisticated helmets of the samurai.