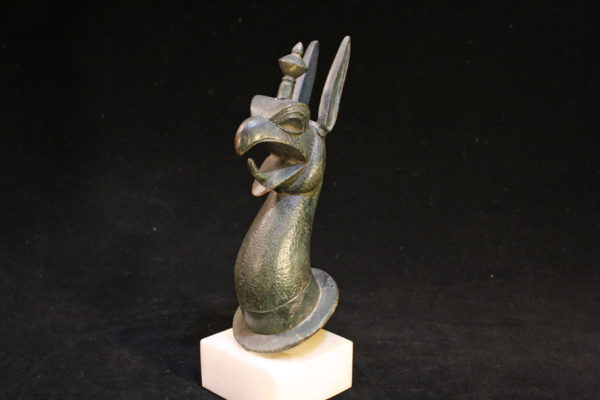 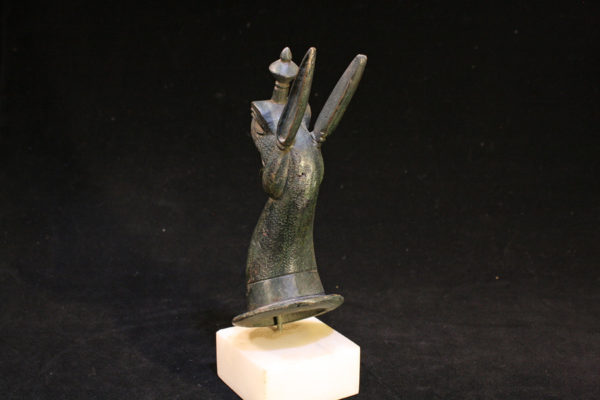 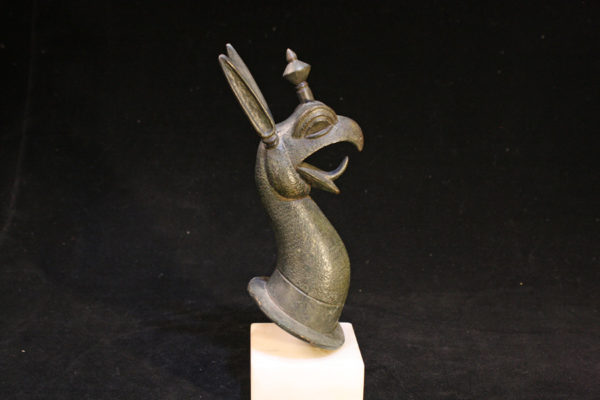 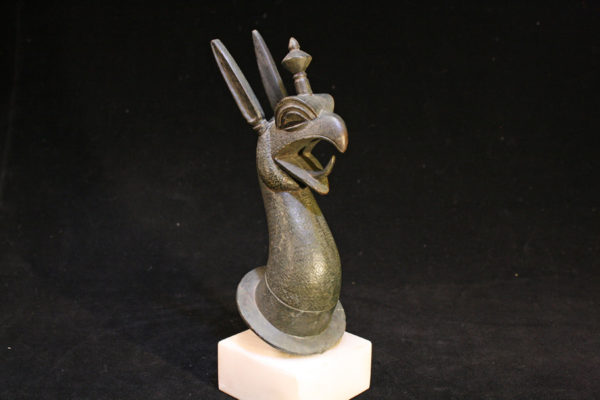 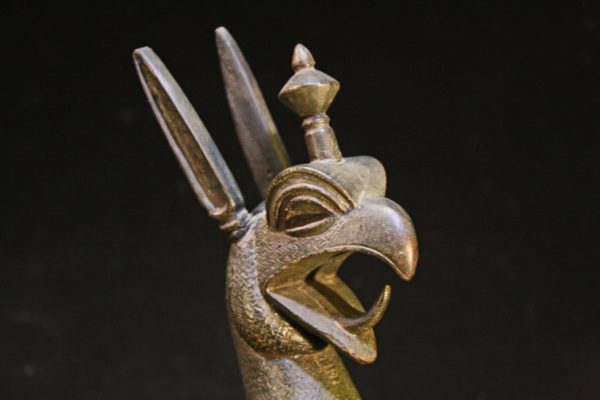 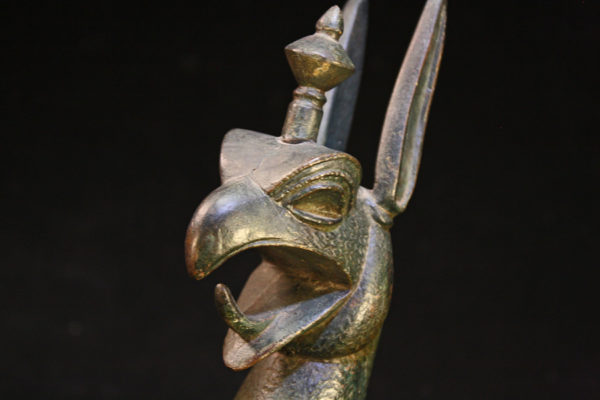 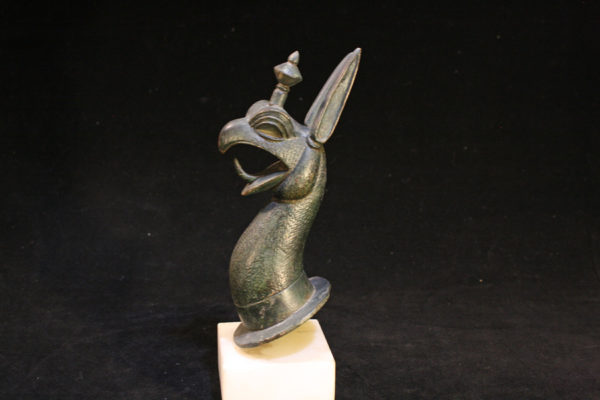 These protomes replicas appear more frequently from various global locations.  They all point back to decorative adornments displayed in ancient Greek architecture, sculpture and pottery.  Yes, there are many Greek heads (some with upper torsos) of humans, animals and mythological creatures, but this one has a special significance.

This heavy bronze protome is a replica of a griffin head excavated in Olympia Greece and from the 7th Century BC.  The original is in the Olympia Museum.

Yep, that Olympia (on the Peloponnese peninsula in Greece) where ancient Olympic games were held from the 8th century B.C. to the 4th century A.D..  The original griffon was discovered during an archaeological dig, a site where there was thought to be a religious sanctuary…. at least at that period in Olympia’s ancient history.  It is my understanding that location had been used for various ways depending on how far back into B.C. or how far forward.

A very cool conversation piece for your bookshelf or desk.  The griffin is mounted on a marble base.  Discovered this piece from a Greek family estate in Illinois.