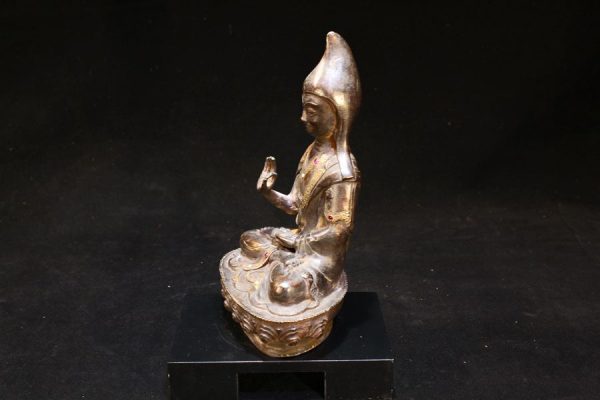 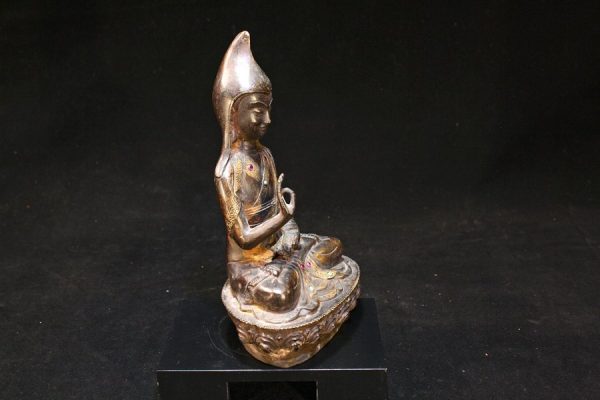 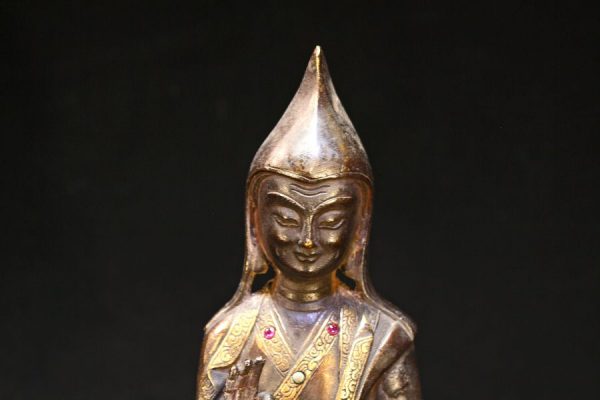 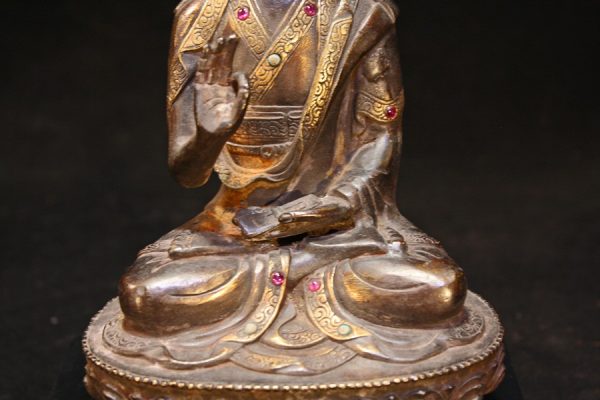 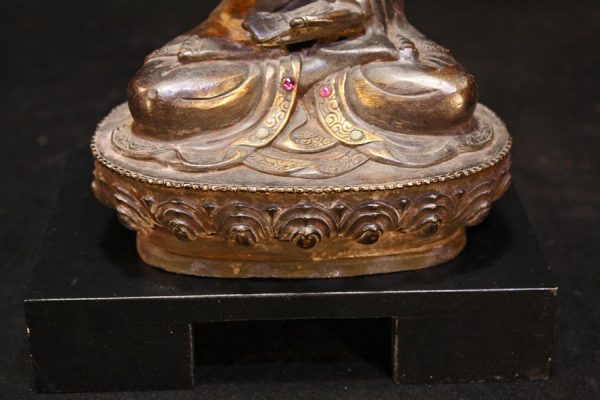 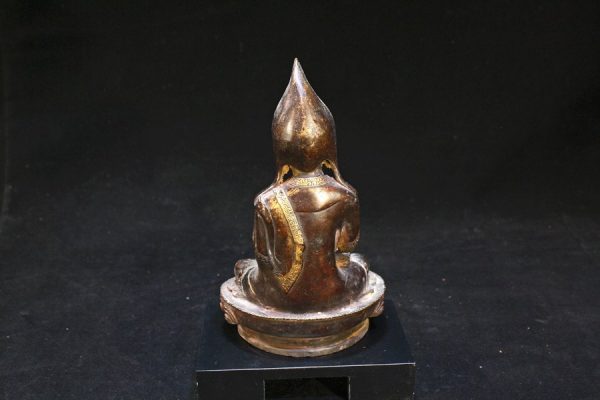 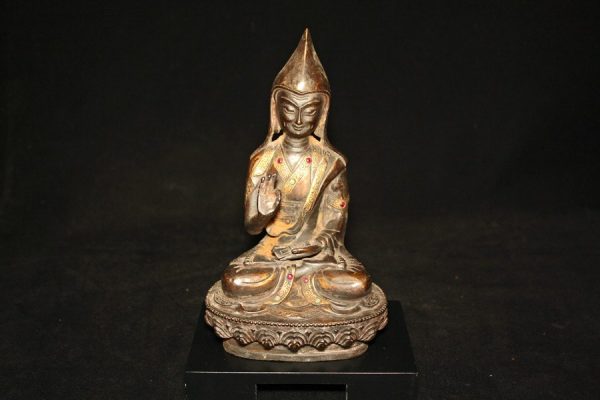 The history of Buddhism in Tibet has been turbulent, going through periods of revival and decline. Lama Tsongkhapa (1357-1419) was born in the Tsongkha Valley of Amdo province, northeast Tibet.  He was a Buddhist scholar and saint who lived in Tibet during a time when Buddhist teachings had degenerated. Lama Tsongkhapa led a renaissance of Buddhist teachings,  emphasizing study and morality and distilling the best teachings from the existing schools of Tibetan Buddhism and Indian Buddhist masters. His teachings became the basis for the establishment of the Gelug monastery, a monastic institution which survives to this day (although it has since relocated to South India). Stand not included.