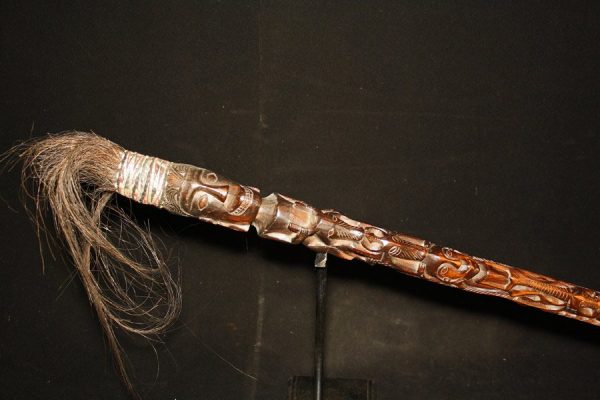 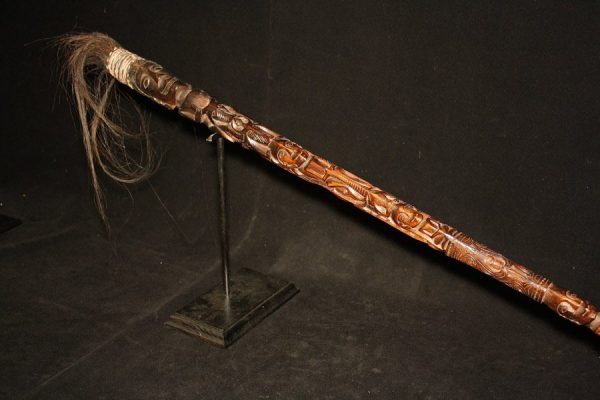 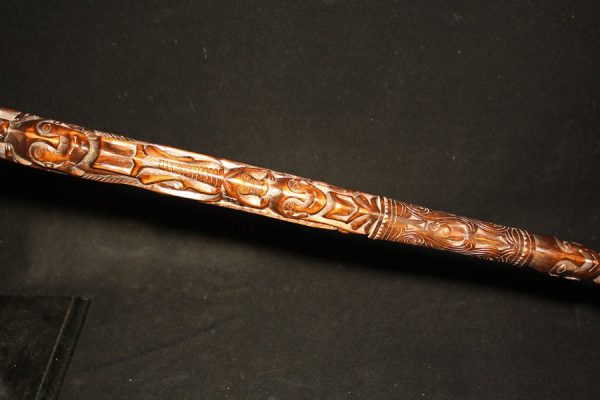 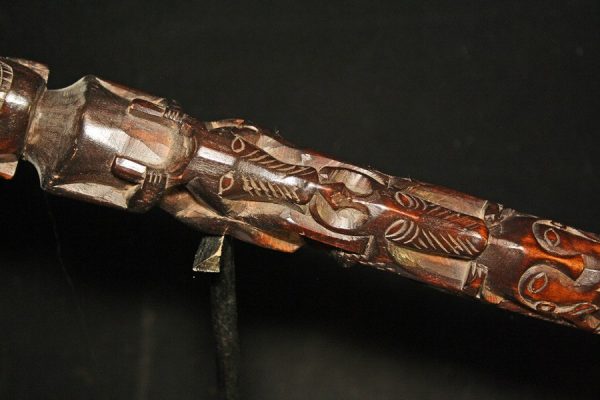 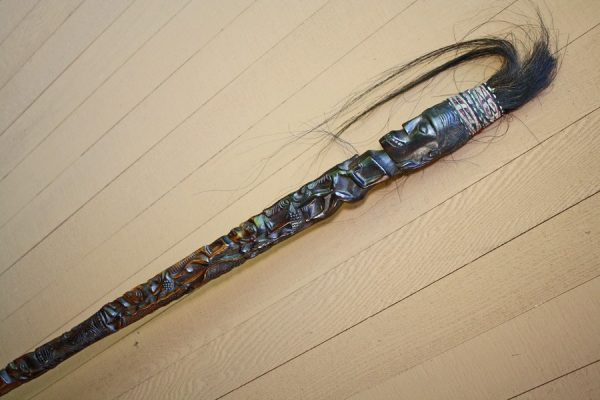 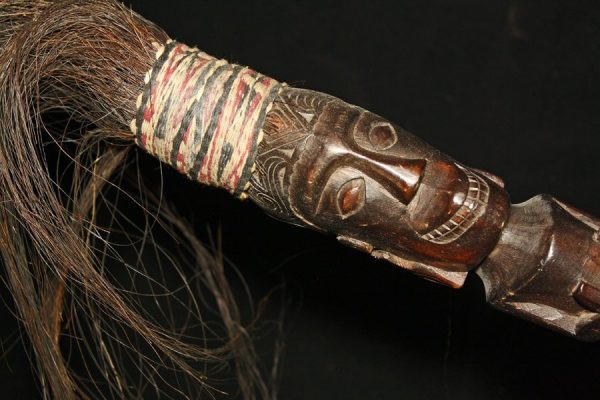 Sumatra is just one island of the 17,000 islands in the chain called Indonesia. The cultures specific to different islands have long been isolated from one another resulting is significant diversity. Sumatra – one of Indonesia’s largest islands – it is home to the Batak tribes.

Shamen – Batak Datu – are erudite men with a long esoteric history encompassing both white and black magic. They have the power to exercise power even after death. They are well self-educated and proficient in science, history, medicine, theology, economics and of course spirituality.

Batak shamen are often identified at an early age and obligated to serve a very long apprenticeship or casting spells, influencing the weather, diagnosing/treating physical – and mental – illness and even finding lost objects.

As important, they are trained in art and craftsmanship…. requiring them to craft their own sacred objects and potent medicines.

This shaman staff is from the Simalungun ethnic people, a village near Lake Toba.  It was collected by a gentleman in the early 1990s who worked for an oil company and travelled through this region frequently from Jakarta to Banda Aceh (at the northern tip of Sumatra).

Carved from tropical hardwood with no cracks and in pristine condition.  The carvings at the front are of seven descending human faces,  with crocodiles, snakes and intricate vines also shown.  The tuft of hair and woven twine are at the top.  It is one piece at 60” in length.  I did not find holes to indicate that the magic substance “pupuk” was embedded in the shaft…. which would take a shaman staff to an entire different dimension.

Will be shipped in a tube.

For the very Serious Collector.