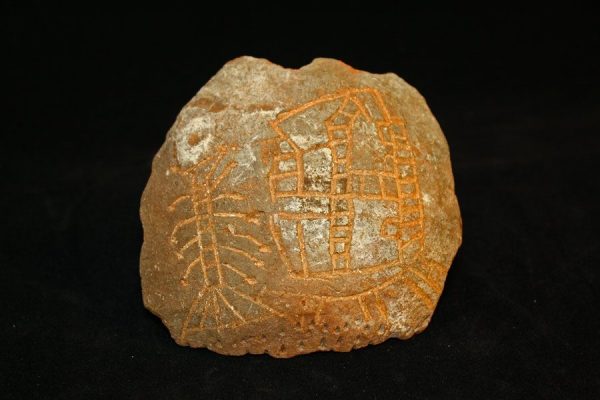 This piece of a cooking pot was excavated from the hills of Roatan, one of the Islas de la Bahia (Bay Islands off the coast of Honduras).

The population was discovered by Christopher Columbus during his  fourth and last visit to the New World in 1502.  At that time, these islands were occupied by a large population of Pech Indians.  Considered an advanced civilization, the Pech were commerce-based and – by using large and well-equipped boats – sailed to esotericstuff.comland Honduras, Yucatan and – perhaps – Jamaica.

A specific age of this piece of pottery has not been determined.  It could have been used before or after the discovery.

Stand is not included.