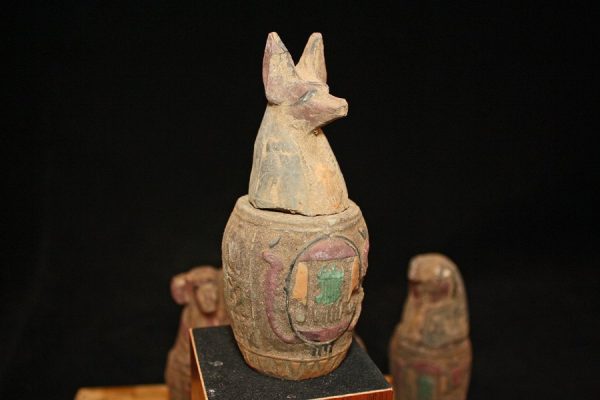 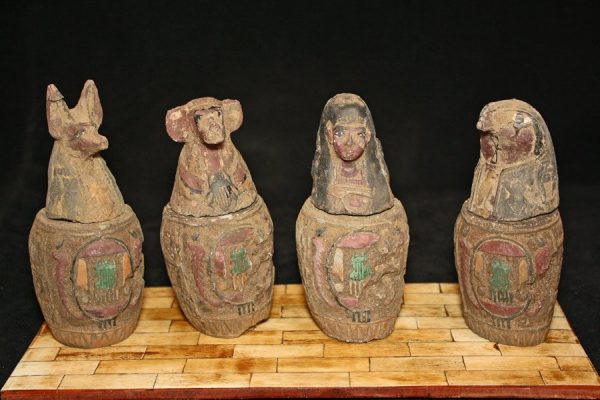 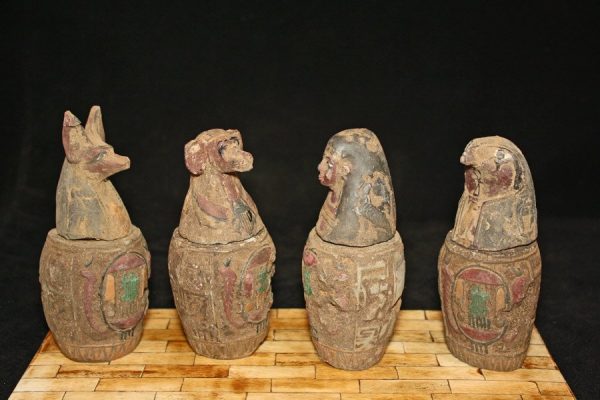 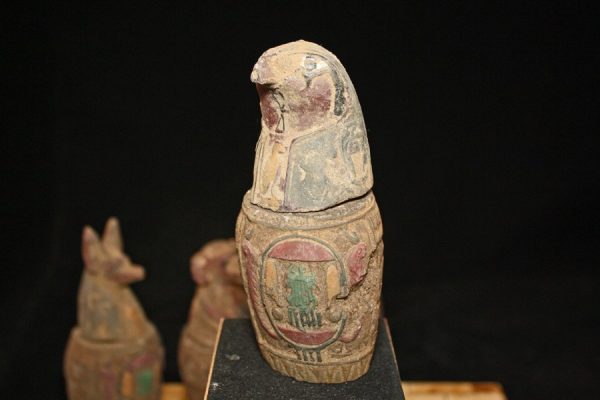 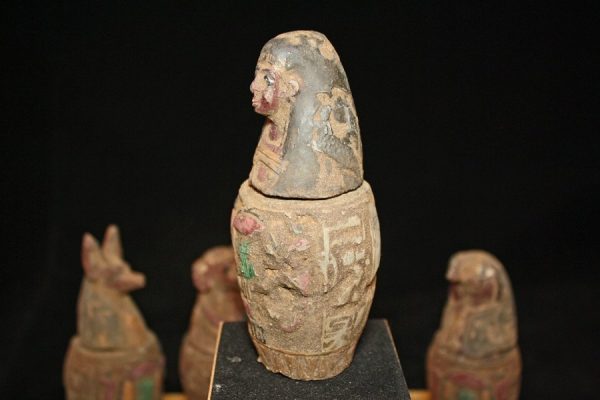 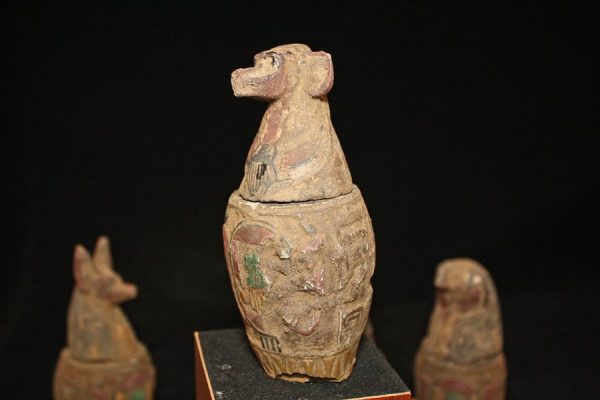 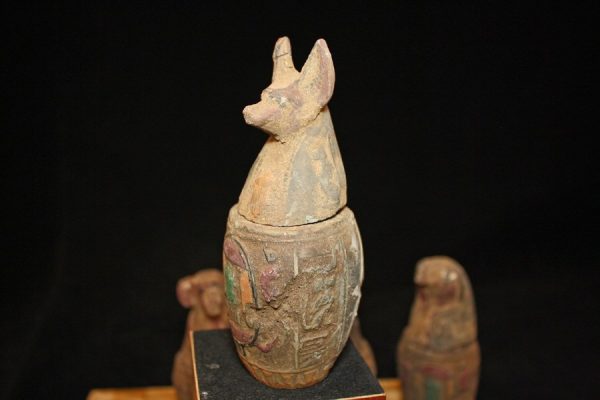 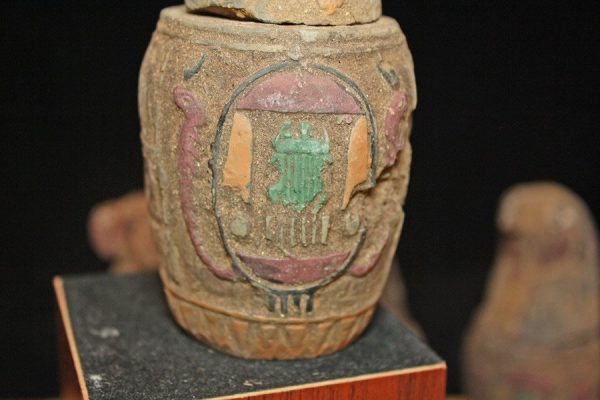 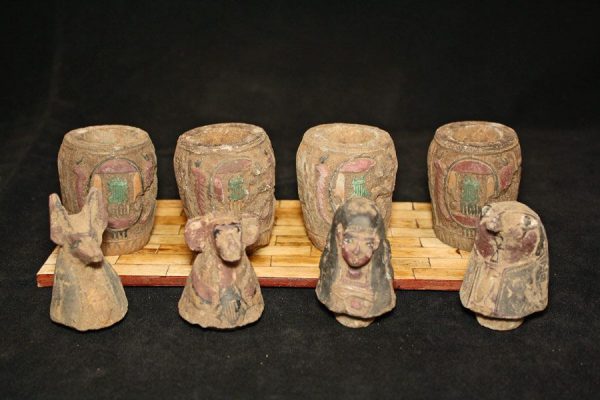 Canopic jars were used by the ancient Egyptians during the mummification process.  Internal soft organs of the deceased to be mummified were stored in these jars . . .  away from the body.  Lungs were stored in a jar representing Horus’s son, Hapi (baboon); the stomach in Duamutef (Jackal); the liver in Imsety (Human); and intestines in Qebehsenuef (Falcon).  BTW, the brain was not considered of any importance and simply whipped into an omelet and poured out.

The jars had lids or stoppers shaped as the head of one of the minor funerary deities known as the Four Sons of Horus.  These deities were to protect the internal organs so that the deceased could be reborn in the afterlife.

From a very large collection from an Egyptian family.  These jars were made in the 17th – 18th Century by Egyptian craftsmen near Luxor and ended up in museum displays around the world . . .  small replicas of the original canopic jars.

Very unusual timeline but after hearing the complete story from my agent in Canada, I do believe these jars are a few hundred years old.