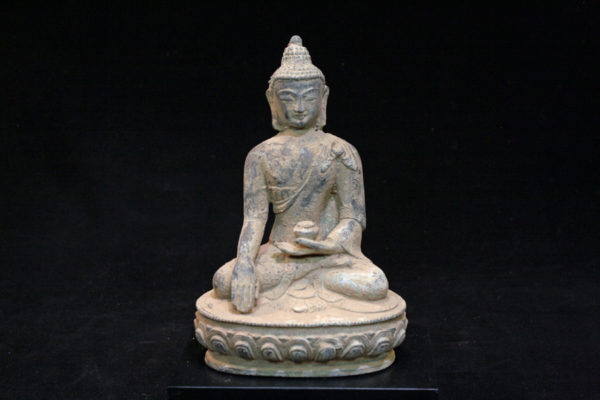 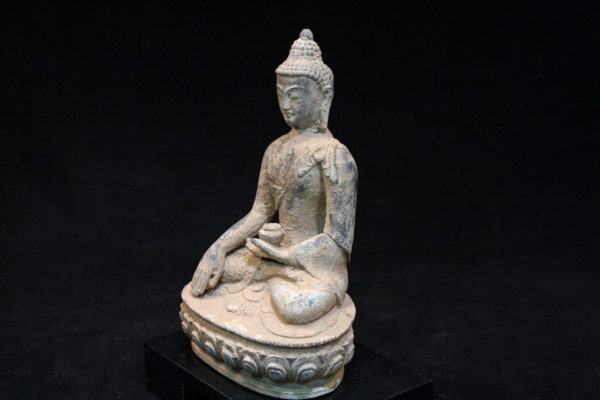 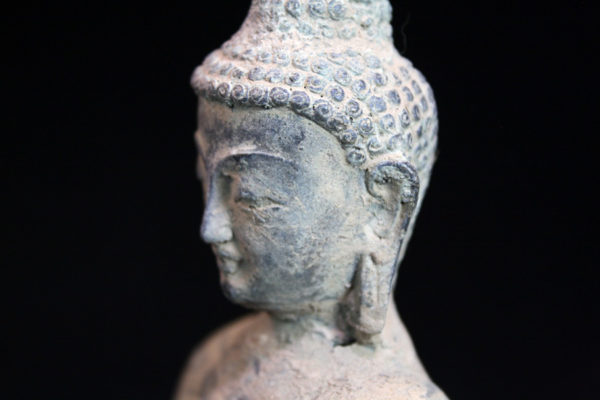 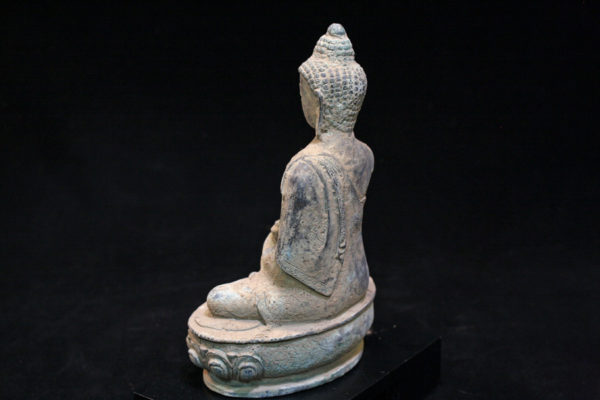 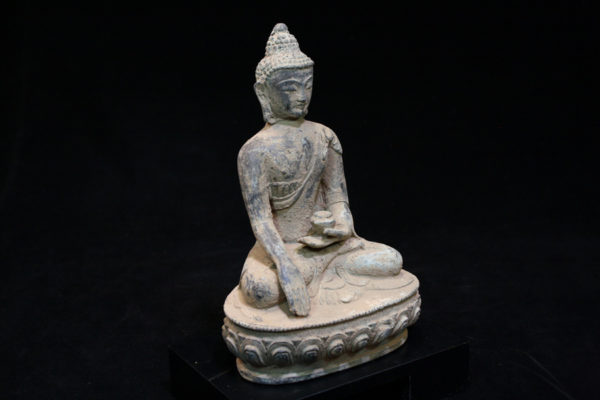 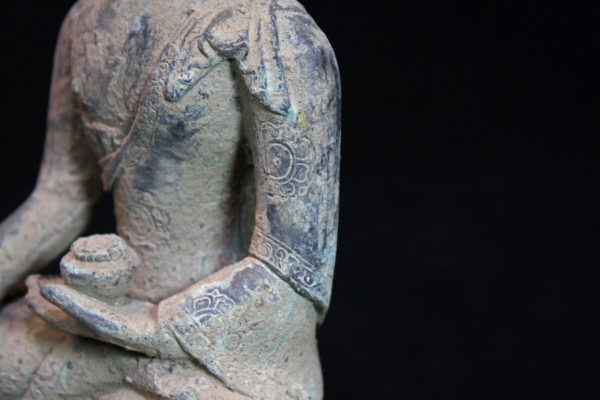 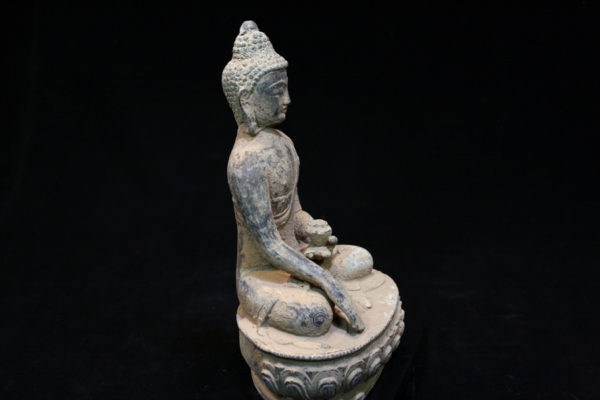 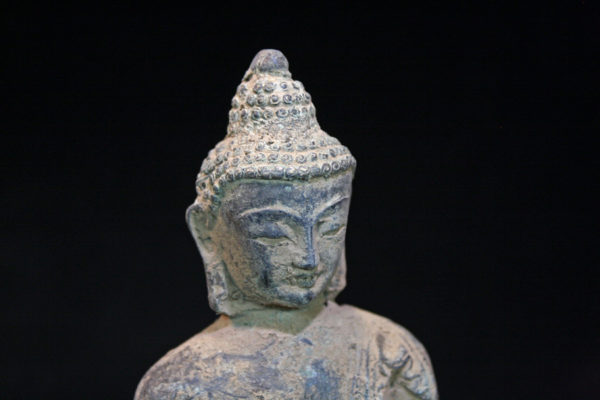 Although there are various Buddhas with many names, forms and who play multiple roles . . . . it is the Buddha Shakyamuni that we refer to when we say “the Buddha.”

Historically, Shakyamuni Buddha was a spiritual master who lived and taught in modern day India and Nepal in either the 6th or 5th century BCE, and who founded Buddhism.  The name Buddha means the “awakened” or “enlightened” one, and after his own awakening, Shakyamuni told of a path by which others might also be awakened to the true nature of reality, and freed from suffering.

Back to the name.  Shakyamuni Buddha is the name given to the historical Buddha. It is almost always the case that when someone uses Shakyamuni, he/she is speaking of the historical figure who was born Siddhartha Gautama but then became known as Shakyamuni only after he became the Buddha. This person, after his enlightenment, is also sometimes called Gautama Buddha.  A bit confusing at times.

This particular Shakyamuni was acquired in the Himalayan foothills of Nepal.  It illustrates the Bhumispara Mudra.  The right hand is touching the earth representing the moment of the Buddha’s awakening as he claims the earth as the witness of his enlightenment.  The hand is held over the knee, palm inward while touching the lotus throne.  The left hand is flat in the lap, holding an alms bowl resting in the palm.

This is a great statue with its aged patina  . . .  and still with great detail.  Stand not included.