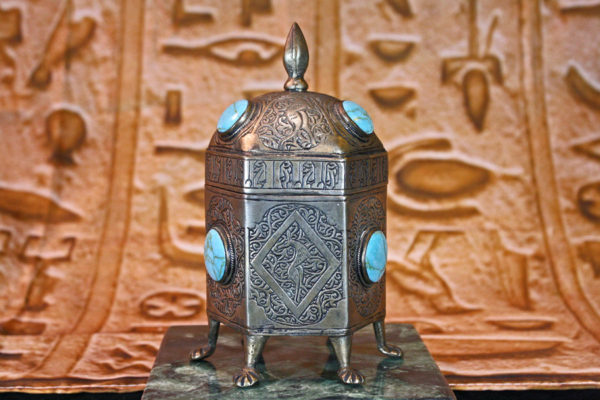 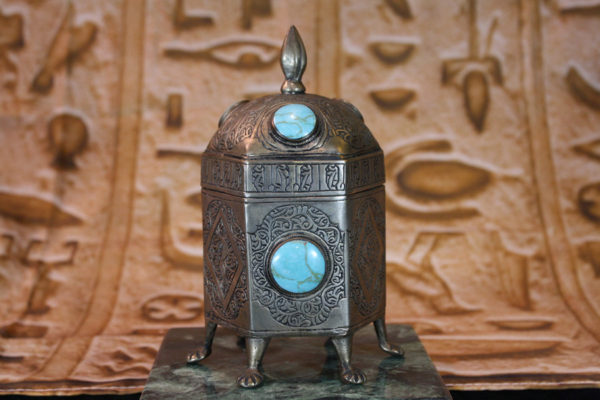 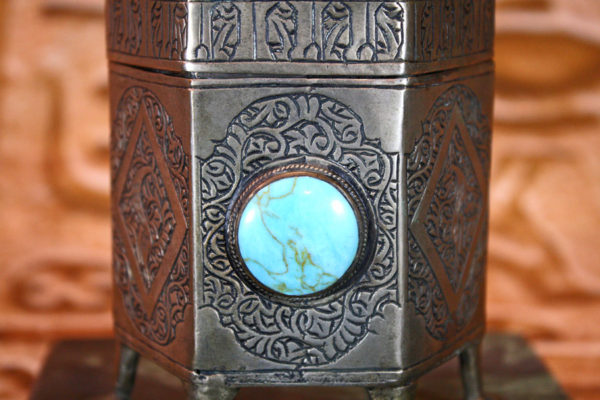 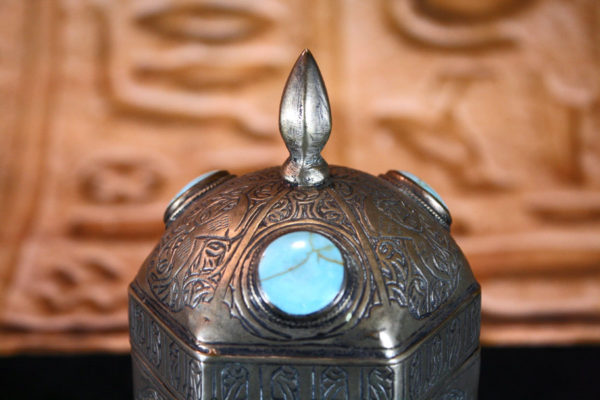 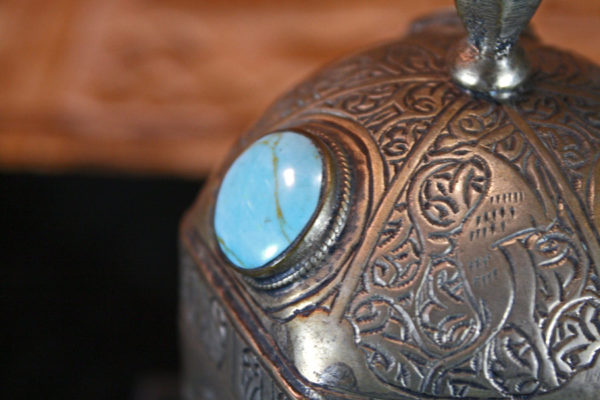 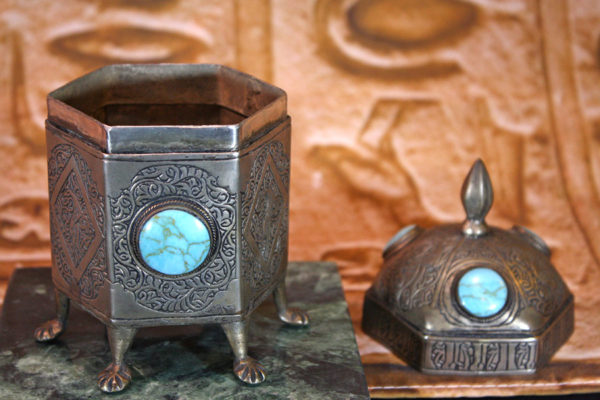 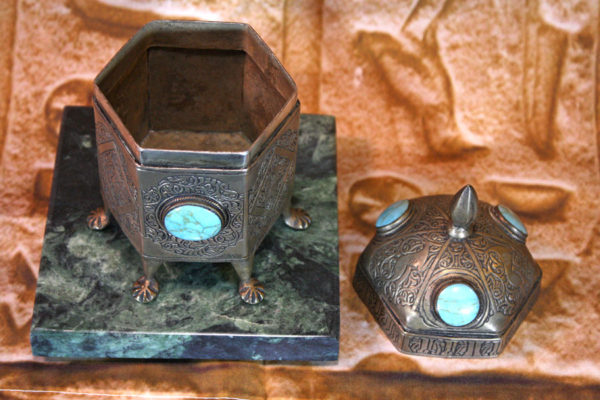 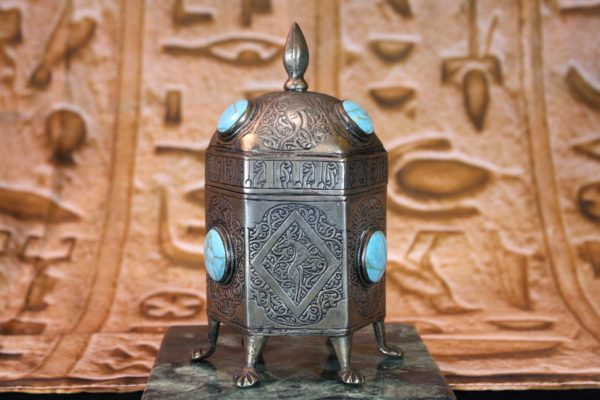 Egyptians used silver as early as the Predynastic Period (ca. 4400–3100 B.C.) and was important – as was gold – for personal ornaments and decorative/religious objects in Egypt through Roman times.

Since Egypt essentially had no silver from its lands, sources were from neighboring countries specifically Persia and other Islamic countries.

Mixed with the Egyptians’ own art forms and material forming (and mixing) methods were those of Persia also.

This handmade handicraft box or container is typical of the influences of both cultures.

The Egyptian collector who sold me this piece told me that it was made of MixSilver, which was an alloy process involving gold, silver with trace amounts of platinum, copper and other metals.  This mixing process – also called electrum – is mentioned in an account of an expedition sent by Pharaoh Sahure of the Fifth Dynasty of Egypt.

How much of those other metals are mixed with silver, it is hard to say . . . BUT, the hand-crafted metalwork on this piece is really stunning and the Iranian turquoise stones just adds to the exotic craftsmanship.

Suitable as an extra special gift to someone you care about OR as an artisan trophy for your mantlepiece.  Stand is not included.