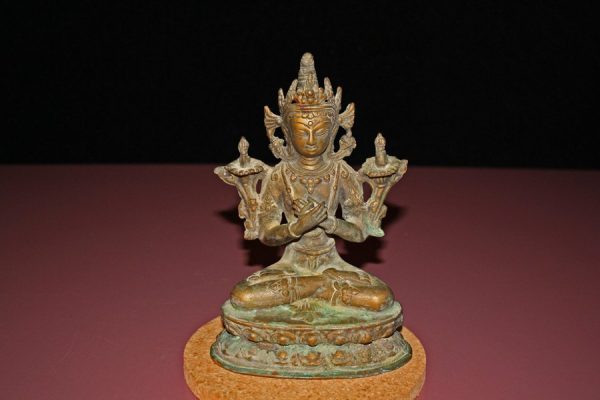 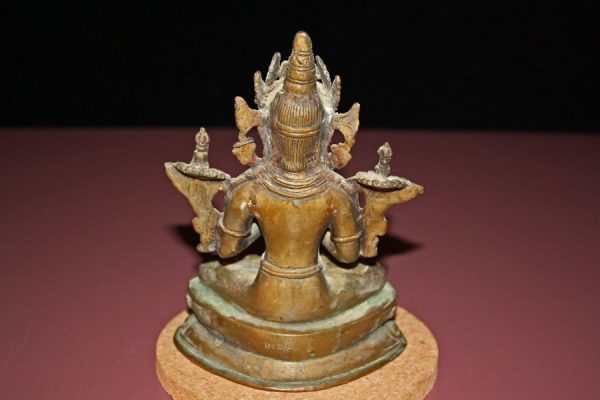 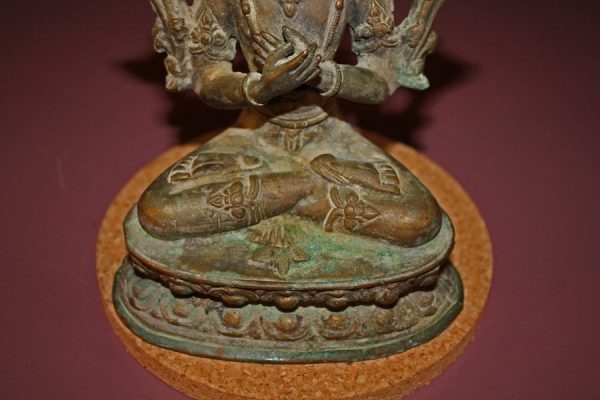 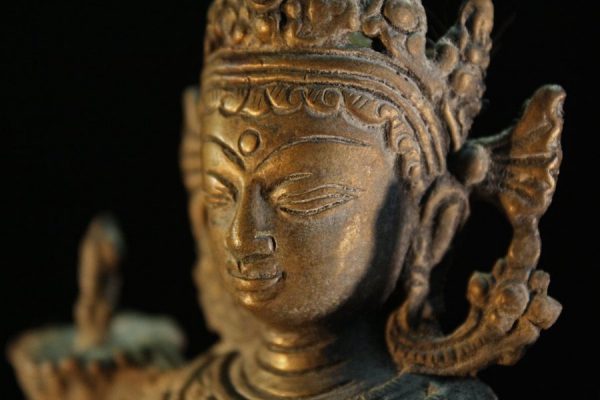 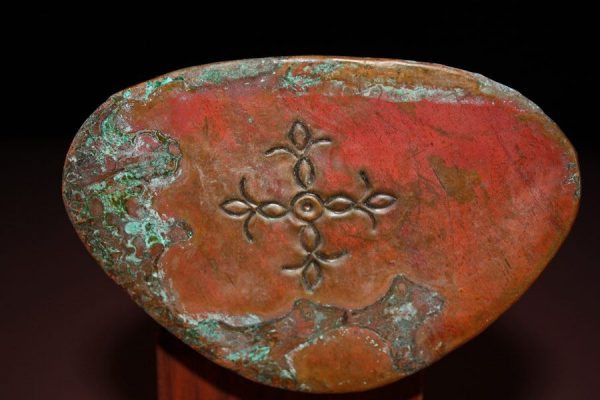 Detail:  I think this is a Tibetan Temple Bronze Statue from the late-1800’s.  A double Dorje or Visha Vajra is stamped or engraved on the metal base.  This double Vajra – representing thunderbolts of enlightenment –  has four points which represent the four Dhyani Buddha’s: Amoghasiddhi to the North; Akshobhya represents the East; Ratnasambhava is lord of the south; and Amitabha reigns in the west.

This symbol – of the crossed Vajra –  is carved on the metal base of deity statues after consecration.  So this particular statue was used for a specific religious ceremony.  I believe this ceremony was in a Buddhist temple in northern India.  There is an engraved stamp on the back of the statue.

It was purchased by an art dealer in the early 1950’s and have been in an Asian art gallery in Miami Florida until I acquired it in 1999.    In very good condition.  For the Serious Collector.