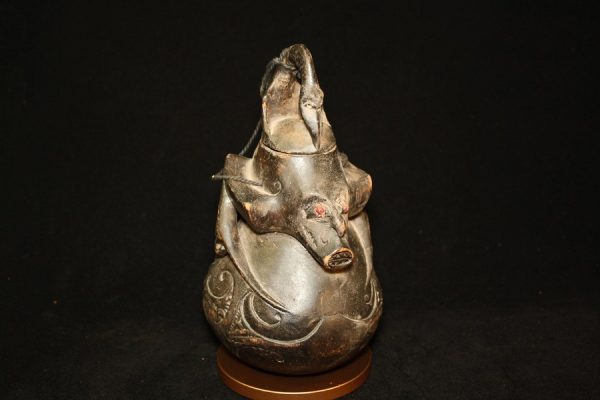 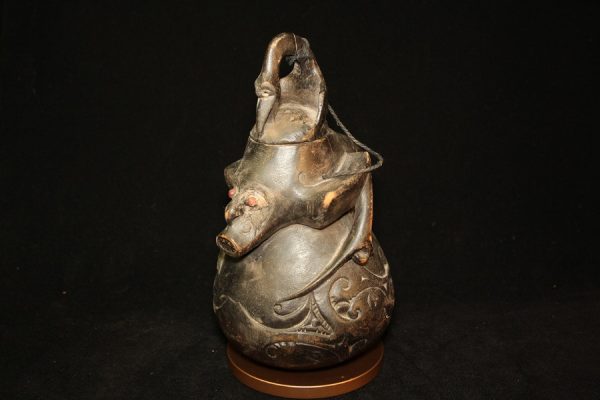 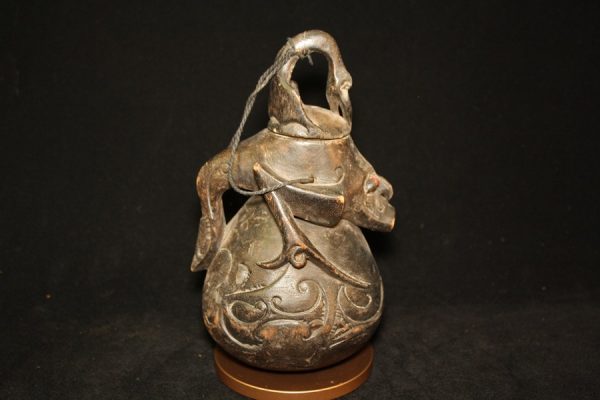 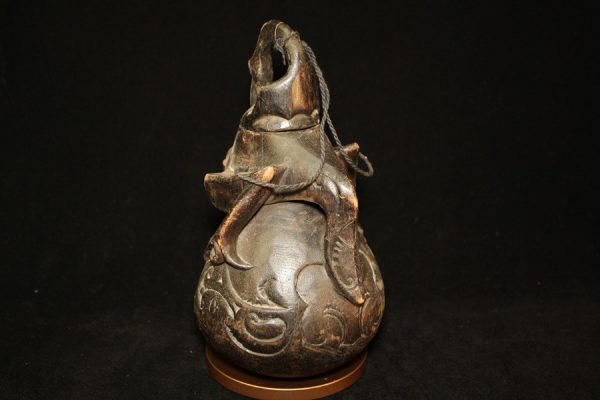 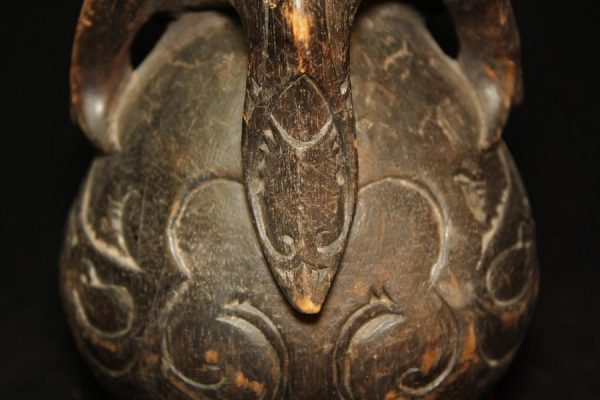 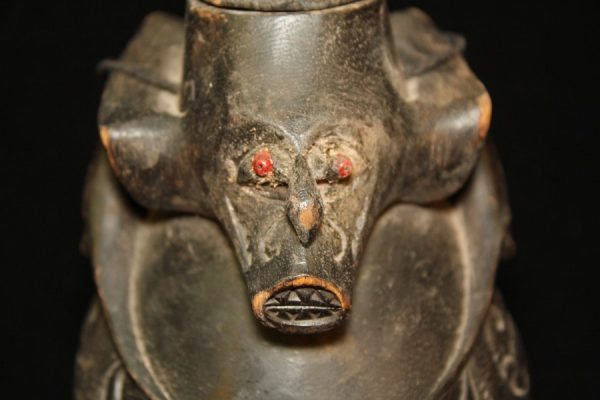 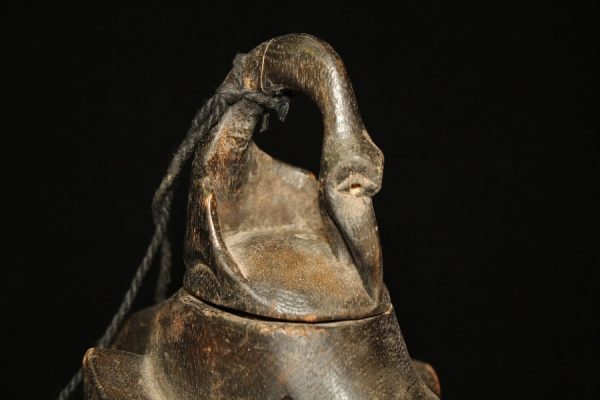 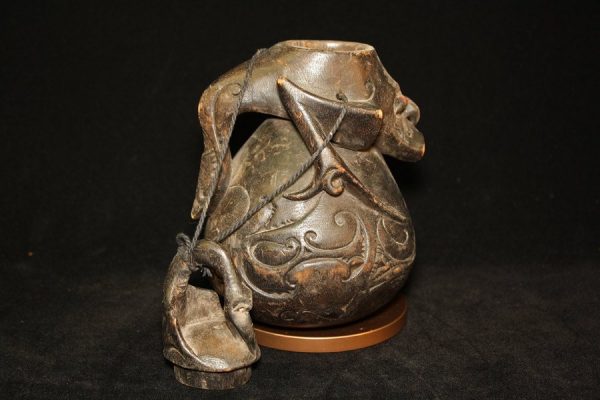 In the early 1940s when the Dutch engaged in the Battle of Borneo, they found that the Dayak tribes of Central Kalimantan had a few weapons that certainly caught them off guard . . .  spears (sangkoh) and most lethal, the blowpipe (sumpit) with its poison tip.

Dayak warriors smeared the tip of an anak sumpit with sap of Ipuh or Iren tree and would quietly move about the jungle virtually undetected, shooting their darts.

This container carried that poison.  Poison was used in warfare, hunting and some rituals.

It was acquired from an anthropologist in the early 1940s and ended in the estate of William C. Bouck, a prominent attorney in Wisconsin.

A very rare piece for the Serious Collector.  Stand not included.