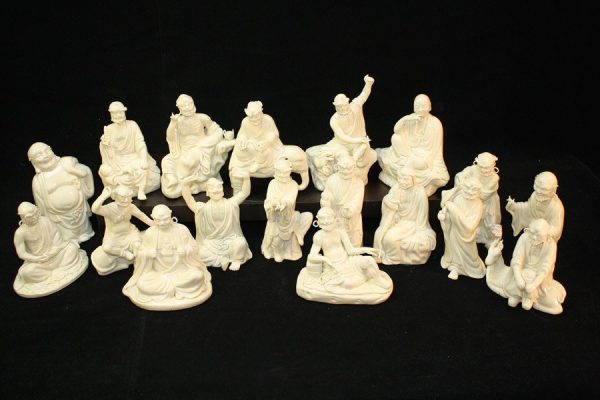 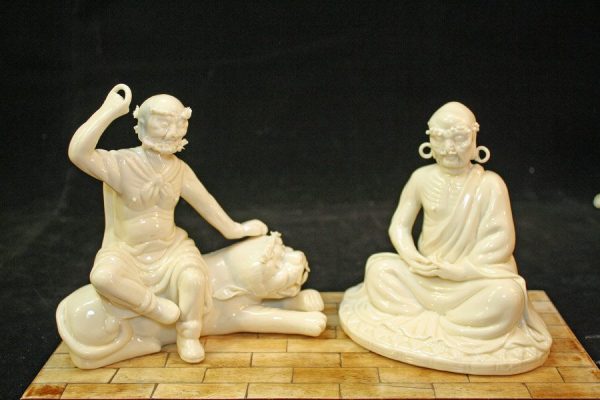 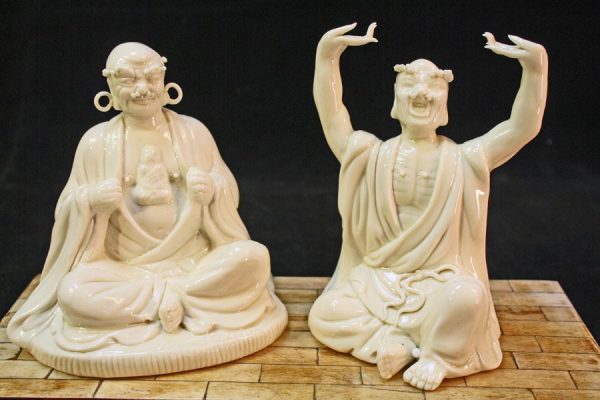 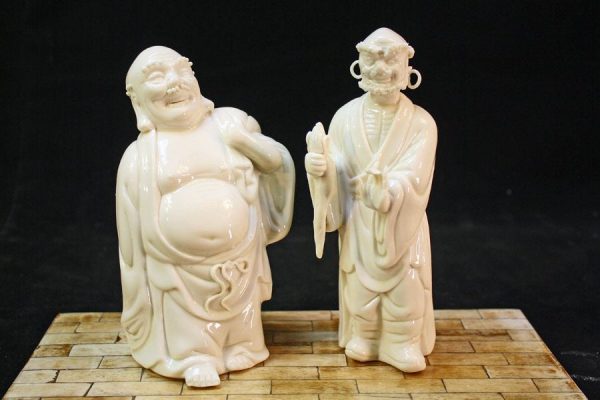 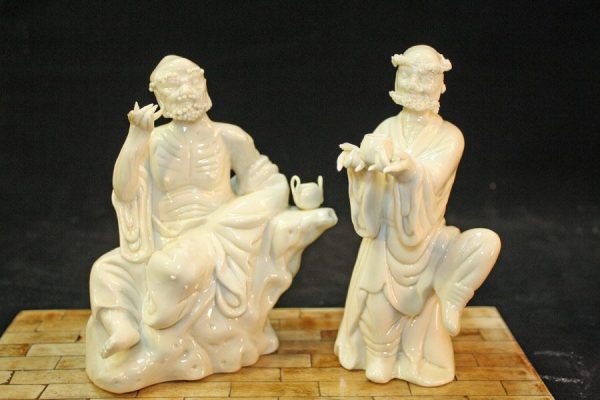 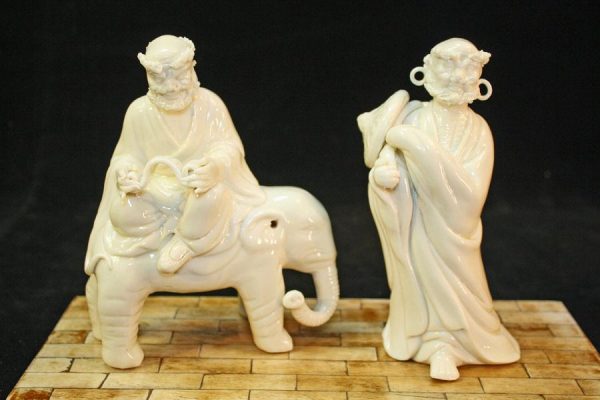 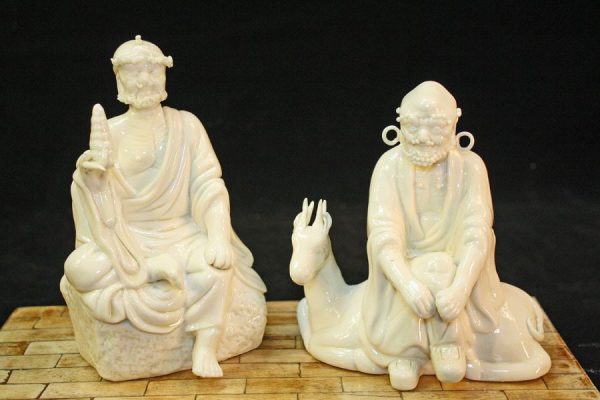 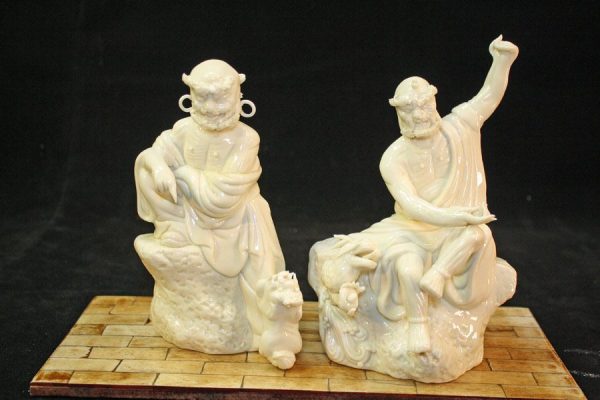 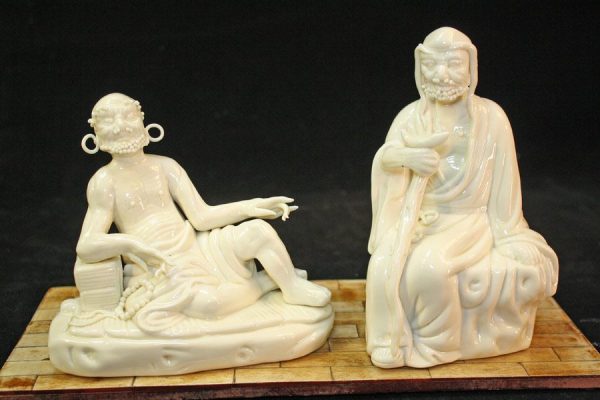 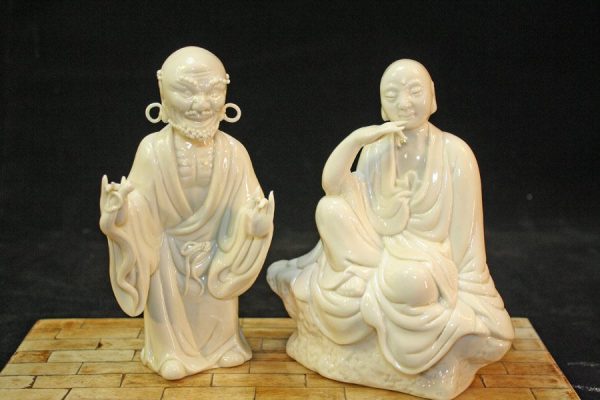 When you enter the esotericstuff.com hall of a Buddhist temple in China, you will see two rows of figures . .  . one row on the east side and one row on the west side.  Usually, the figures are labelled and numbered, and as a group are known as the Eighteen Lohan (Luohan) and disciples of Gautama Buddha.

Back in the fourth century, there were only 10 disciples.  Later the number increased to 16 and included patriarchs and other spiritual experts.  Late in the Tang Dynasty, two additional Lohans were added.  Then there were 18!

The 18 Lohans are generally presented in the order they are said to have appeared to Guan Xiu (not according to their power):  Deer sitting, Happy, Raided Bowl, Raised Pagoda, Meditating, Oversea, Elephant Riding, Laughing Lion, Open Heart, Raised Hand, Thinking, Scratched Ear, Calico Bag, Plantain, Long Eyebrow, Doorman, Taming Dragon and Taming Tiger.  Yes, each have their own names Bhadra, Kala, Vajraputra, Pindola and many more.  I can help you with more reference materials.

I have not seen a set like this for almost a dozen years.  These are stunning representations with lots of detail and intricacies . .  in the faces and hands.  WOW!!!

Set is far whiter than shown in my photos.  Far below retail at this quality.